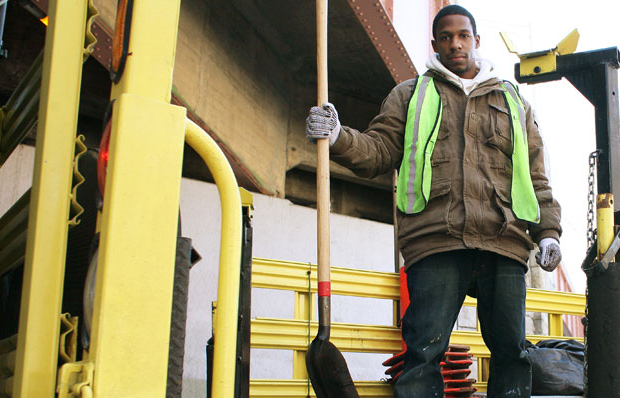 A former inmate recently said, “I don’t understand why over the 18-year period of my incarceration, over $900,000 was paid to keep me in prison. But when I was paroled, I was given $200 and told ‘good luck’.”

Recidivism remains a major issue in the American criminal justice system. Nearly ⅔ of individuals return to prison within three years of their initial release. Formerly incarcerated individuals face major barriers to employment and often lack the skills and resources to maintain a livelihood, which works to precipitate their return to jail.

CEO is committed to serving the most at-risk populations. They place an emphasis on providing services to Young Adults ages 18-25—a population who frequently has limited work experience and faces particularly strong barriers to entering the workforce.

CEO is a 501(c)3 nonprofit organization. For more than 30 years, CEO’s goal has been to provide immediate, comprehensive and effective employment services for men and women returning from incarceration.

CEO began as a demonstration project of the Vera Institute of Justice in the 1970s to address employment barriers facing the formerly incarcerated following release. In 1996, CEO became an independent nonprofit organization, providing comprehensive employment services to people newly released from New York State prisons and detention facilities. In the last decade CEO has opened offices in 10 new cities across four states and made nearly 25,000 job placements for formerly incarcerated men and women into full-time employment.

A 2012 random control trial evaluation conducted by MDRC found that CEO’s program reduced convictions over 22 percent, and re-incarceration for a new crime fell by over 26 percent.

The CEO model takes individuals who have recently returned from prison (typically during the first three months of their release) and hires them as employees. This provides them with immediate income and a real world work environment. After a one week life skills orientation, CEO employees typically work 3-4 days a week in crew-based teams providing maintenance and labor services. CEO participants also receive job coaching and assessments one day a week to prepare them for transition to the mainstream workforce. CEO then provides assistance placing participants in unsubsidized employment, and continued support and incentives to help participants retain their employment.

CEO’s social enterprise model allows them to scale their impact across the country. Starting in 2009, CEO expanded into Upstate New York and then later into California, Oklahoma and Pennsylvania. In each location, CEO partners with government agencies via service contracts.

As one man incarcerated at San Quentin said: “Nobody is just the crime they committed. We are all much more than the worst thing we have done.”

People in prison are part of America, as are those who have been released. They are part of our communities and society. And we have a powerful stake in their success.