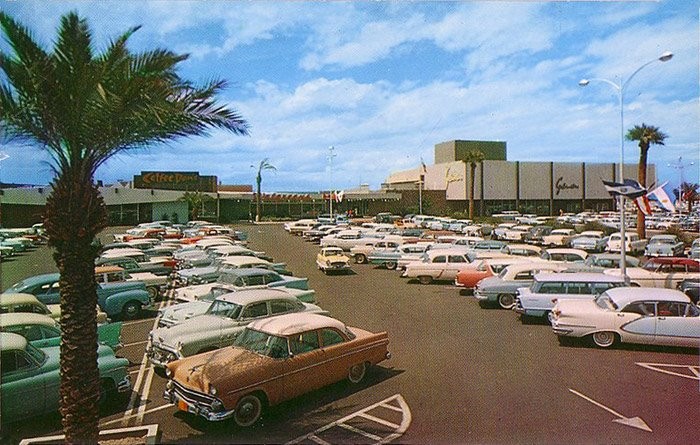 In this Arch Daily article, the Spanish office ecosistema urbano analyzes the rise, fall and revitalization of shopping malls, which are seen as an authentically American typology of the twentieth century. That model was all about retail transactions and accessibility by automobile, with only cursory thought (if any) given to creating vibrant public spaces.

According to the authors, this typology is currently at a major inflection point, due to the new economic and urban paradigms that are forcing them to reinvent themselves or die.

ecosistema is planning a series of revitalization strategies in a mall in the outskirts of Barcelona, Catalunya, Spain that hopes to achieve “reconfiguration through the introduction of new programs in an attempt to convert it into a much more public space, being able to attract users who would otherwise not come.”

They explain, “A few months ago, we had the opportunity to start working on a project absolutely connected with the current situation of economic/urban change: the urban revitalization of a shopping center. A generic space, in a generic place of any urban periphery. For us, urban planners who are concerned with detecting the needs of contemporary society, this project was a very stimulating reality injection that forced us to reconsider our position on malls and their role in the present city.”

The most well-known historical embryo of 20th century shopping malls, where social life and commerce were completely enclosed, were the Paris galleries in the 19th century. These luxurious shopping streets, covered by sophisticated glass and steel structures to allow the passage of natural light, created “small cities, miniature worlds” within the urban fabric of cities, as defined by Walter Benjamin.

Today it is necessary to think of the citizen-client, not as a mere consumer who is trying to buy as much as possible, but as someone who can enjoy having a different experience when visiting the place. Realizing the idea of public space in a privately-owned building is a conceptual challenge, which goes against the very definition and goals of a shopping center.

But this new economic reality requires rethinking the precepts that have worked until then, opening new possibilities and strategies that did not fit thanks to the economic and urban crisis. 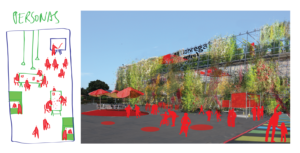 In ecosistema‘s designs for revitalizing a generic 1990s mall in a Barcelona suburb, they tried to dissolve the boundaries between interior and exterior. They made the enclosed space more permeable, more physically connected and conceptually with its immediate environment.

The physical limit of connection between both is the facade and on this focuses a good part of the intervention. The facade becomes an interface for citizens, serving as a support for many types of new activities (climbing, descending a toboggan, watching movies, visualizing a digital platform to interact via cell phones, increasing the presence of plant species, etc..)

Their proposed model for the mall in Barcelona could be an example of how these buildings can be converted into public equipment, so that, thanks to an approach that considers aspects of the environment, participatory and technological, they can update places that have become obsolete, anachronistic or underutilized.

ecosistema urbano is a design and consulting company operating within the fields of urbanism, architecture, engineering and sociology, with offices in Madrid and Miami. They define their approach as urban social design, meaning the design of environments, spaces and dynamics in order to improve self-organization of citizens, social interaction within communities and their relationship with the environment. They have used this philosophy to design and implement projects in Norway, Denmark, Spain, Italy, France and China.

ecosistema urbano was co founded in 2000 by architects Belinda Tato and Jose Luis Vallejo, who have been the directors since then. Since 2000, ecosistema has received over 30 awards in national and international architecture design competitions.

Featured image of Arizona’s Park Central Shopping Center in 1950 via Malls of America. Renderings are by ecosistema urbano.