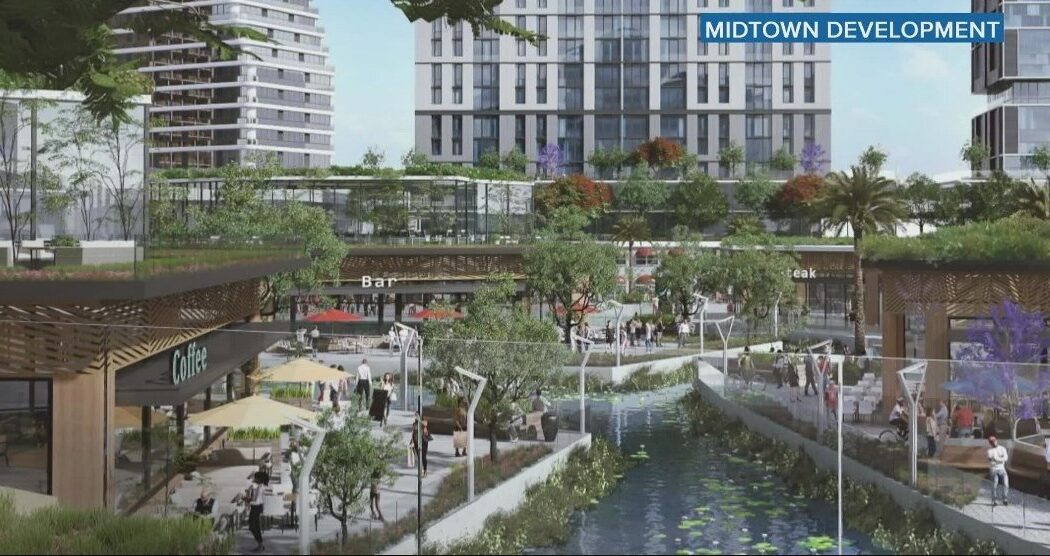 This is partly due to my personal interest, having lived in St. Pete many moons ago, and partly due to the crucial nature of this redevelopment to the city’s future. 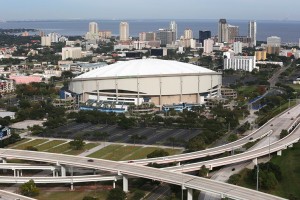 Like far too many U.S. cities, St. Pete has been plagued by a badly-planned, privately-owned sports arena, subsidized by local taxpayers. Our most recent article on the subject announced the successful RFP, which drew seven proposals.

Now, on December 2, 2021, St. Petersburg Mayor Rick Kriseman announced his selection of Midtown Development to serve as the redeveloper of the Tropicana Field Site.

This selection is the next step in a more than five-year process of extensive community engagement, visioning, and master planning.

“We are honored that the City selected Midtown’s proposal for the future redevelopment of Tropicana Field,” said Alex Vadia, Principal of the winning bidder, Midtown Development. 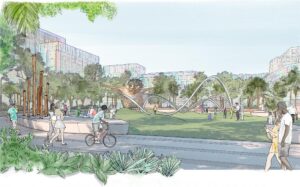 “The 21 principles governing the RFP were an ambitious set of criteria, and the selection process deliberative. We’re excited to work with the new mayor, the city council, county commission, the Rays, the Pinellas County Urban League (PCUL), and a broad range of community groups and leaders to implement the 21 principles,” he added.

“This is only the beginning of a multi-generational project for the future of St. Petersburg. Most importantly, we’re eager to continue our engagement efforts together with the PCUL, our strategic partners, to begin unlocking benefits to the community as soon as possible,” concluded Vadia.

The Pinellas County Urban League (PCUL) is Midtown Development’s strategic partner in the redevelopment of the Tropicana Field and will be the lead stakeholder for equity and inclusion for the project.

Said Mayor Kriseman, “I am excited to take this next critical step in the redevelopment of the Tropicana Field site. We have worked hard to ensure that this has been an inclusive, community-driven process, and I am confident that Alex Vadia and Midtown Development, working in partnership with the City of St. Petersburg and stakeholders, will ensure the public is front and center as redevelopment moves forward. It Is critically important that we begin to honor the promises made a generation ago. My thanks to Midtown Development and everyone who has offered their voice in this process as we continue to pursue our brightest future in the Sunshine City.” 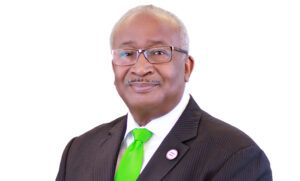 The PCUL will oversee and administer Creekside’s local hiring and training programs, equitable development modeling and initiatives, housing programs, and “Unlocking Opportunities,” a $10 million grant for minority and BIPOC-owned small businesses, to name a few.

“We decided to work with Midtown because their long-term approach to real estate investment and development aligns with what we believe benefits communities the most. Midtown differentiates itself from standard developers by only undertaking a handful of carefully considered projects and employing a long-term, multi-faceted investment methodology. They also impressed us from the start, even with the way they approached us for a partnership on this project. Rather than showing us their vision for the redevelopment of the site, they asked us to build that vision with them,” he continued.

Unless otherwise credited, all images courtesy of Midtown Development.