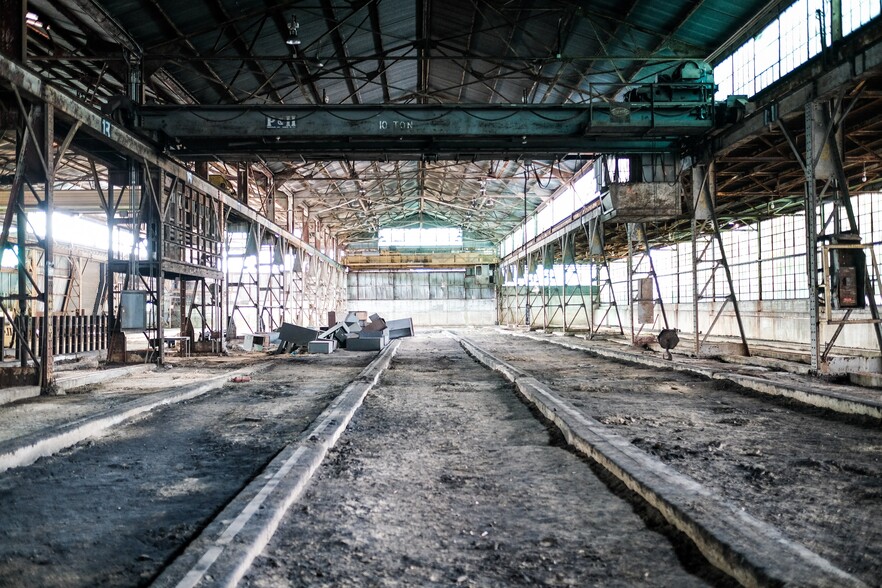 Now, on September 15, 2022 in Greensboro, North Carolina (population 300,000), it was announced that The Steelhouse project in East Greensboro is poised to move forward.

Redevelopment of this 11-acre former Carolina Steel facility hopes to create a catalyst for economic revitalization and job creation in the Triad region.

The project enjoys 60% of its space already committed to potential tenants, as well as a $2 million grant from Greensboro City Council. Decisions are also pending on additional state, county and private grants.

Owned by the Nussbaum Center for Entrepreneurship—which has a track record of successfully supporting growing young companies in its building adjacent to The Steelhouse—this project hopes to become an urban center of manufacturing and innovation and has the potential of providing the region with far more benefit than the 600 new jobs and millions of dollars in direct economic benefit it is projected to produce.

“Even with two recent corporate announcements, our region cannot afford to wait for large companies to create their own economic ecosystems,” said Sam Funchess, CEO of the Nussbaum Center.

“Our model plants dozens of job creating seeds, each of which has the potential of growing to a point where it has a significant economic impact on our community. We have seen that happen at the Nussbaum Center, where one of our success stories recently had a successful public stock offering, and we feel confident that we’ll see those kinds of results at The Steelhouse as well. Our economic impact has been measured and the businesses we have supported have created a substantial number of new jobs,” he added.

Enough businesses and organizations have expressed serious interest in The Steelhouse that it is projected to be cash flow positive and self-sustaining at a very early stage in its development. Once completed, it will produce approximately $500,000 a year in income that will be used to support the growth of promising, job creating businesses.

“We plan to partner entrepreneurs with onsite educational and support services that will enable them to succeed and grow beyond The Steelhouse,” said Lisa Hazlett, the Nussbaum Center’s Vice President.

“And we have already committed space to tenants who have told us that, once in The Steelhouse, they expect to be able to expand rapidly,” she continued.

Among the businesses and uses already projected to be included at The Steelhouse include an aerospace firm, a robotics education program, a makers’ space, and a training facility for machine operators.

“With the continued support of our state and county government officials, The Steelhouse can become a national model for economic development,” continued Funchess.

“As we chart a new course for overcoming the loss of heavy industry – something that has devastated so many communities around the country. The Steelhouse can become an inspirational symbol of our revitalization as an innovation economy,” he concluded.

The redevelopment project will preserve and protect the historic Carolina Steel structures and pay tribute to the site’s industrial past, while converting the existing raw space into 180 spaces, flexible and scalable to meet the needs of all types of businesses.

It plans to become a vibrant community of entrepreneurs, small businesses, artisans and support organizations…and the anchor of a dynamic and growing innovation district.