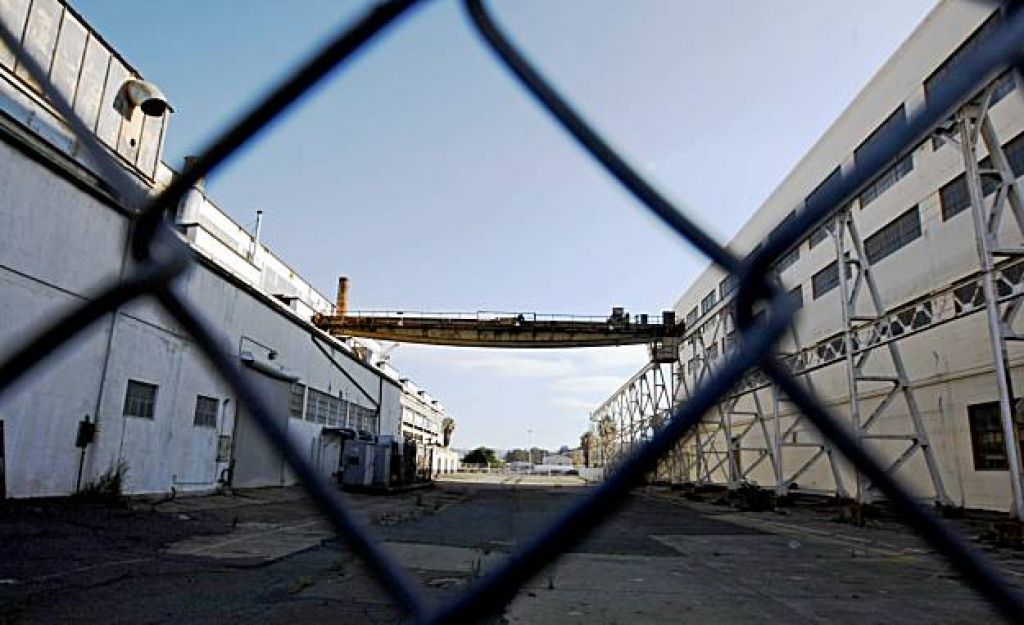 Note from Storm: This 2009 article describes how a major real estate developer was “staying the course” on the redevelopment of the Mare Island Navy base in the San Francisco Bay area. I followed (from afar) the various troubles this project had over the years, since a friend of mine worked for the engineering company that was doing the contamination cleanup.

REVITALIZATION readers in the area are invited to let the rest of us know how well this project was executed in the Comments section at the bottom of the page. Is the ecology significantly healthy? Is the island liveable and economically healthy?

From the article: As San Francisco‘s first naval base redevelopment takes shape, a project with notable similarities across the bay has had mixed results, indicating how challenging it can be to remake large tracts of industrial property as economic cycles ebb and flow.

Like the Hunters Point Shipyard in San Francisco, Vallejo’s Mare Island Shipyard opened in the mid-1800s, was central to shipbuilding during World War II, and developed a symbiotic relationship with its adjacent community – the base relied on residents for labor and workers depended on the base for their livelihoods.

When each base closed – Hunters Point in 1974 and Mare Island in 1996 – the communities confronted intertwined problems related to the land: staggering job losses on property whose economic potential was dependent on industrial cleanup, new infrastructure and development.

To meet the unique financial and logistical challenges, each city partnered with Miami-based Lennar Corp., one of the nation’s top home builders based on units built and revenue. The company’s experience with expensive and tedious infrastructure work and relative financial heft made it the right partner, the cities’ officials said.

San Francisco has since chosen Lennar and its other investment partners to develop not only Treasure Island, but also Candlestick Point, which was added to the Hunters Point Shipyard project through a ballot initiative in June 2008.