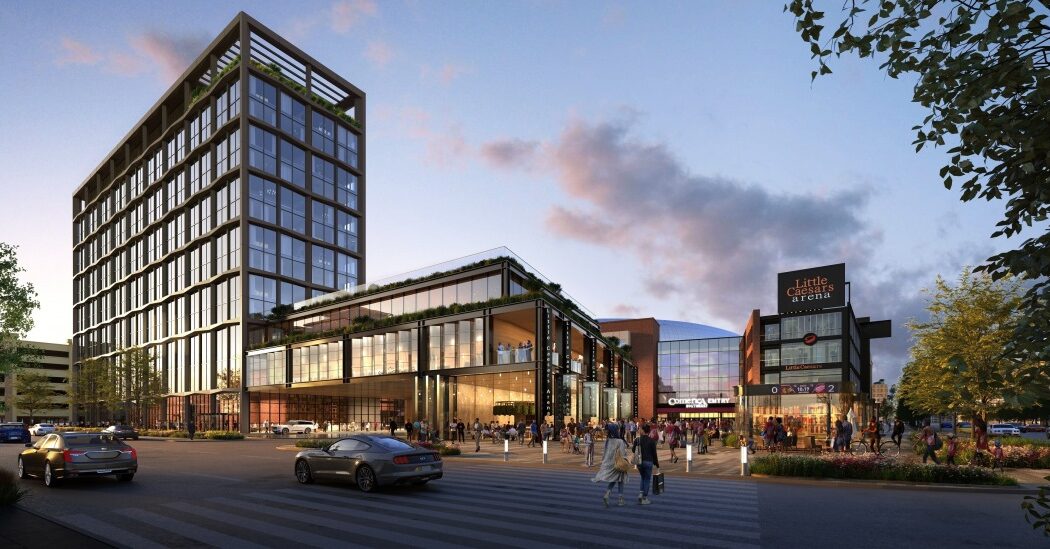 Building upon the steady redevelopment progress in The District Detroit, Olympia Development of Michigan and Related Companies have submitted a redevelopment plan to the Detroit Downtown Development Authority for the previously-announced, mid-rise, mixed-use hotel project at Woodward Ave. and the I-75 service drive, adjacent to Little Caesars Arena.

The redevelopment plan proposes an approximately 14-story, 290-room hotel, as well as up to 30,000 square feet of street-level retail, food and beverage space. The plan calls for an estimated 36 months of construction to begin in 2024, pending continued public private partnership on the development and attainment of suitable financing.

This hotel development represents an estimated $190 million potential investment that hopes to directly create hundreds of construction and permanent jobs, increase tax base and add to the vitality of The District Detroit. 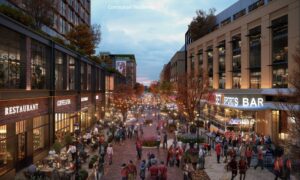 “The hotel, food and beverage and other amenities proposed will create a wide variety of good jobs and attract people from the region, state and beyond to The District Detroit,” said Keith Bradford, President of Olympia Development of Michigan and The District Detroit.

“We’re excited about the immense opportunity this new development, along with the Detroit Center for Innovation and new housing under development such as The Residences@150 Bagley and the Henry Street project, represents for continuing our progress on this unique live, work and play destination,” he added.

Related Companies is continuing its investments in the Detroit market to make a positive impact on the city and bring inspiring new redevelopment to Detroit.

“A hotel on the doorstep of the second busiest arena in the nation will position Detroit to attract more of the world’s most watched entertainment events and invite visitors to extend their stay and experience more of this great City and growing neighborhood,” said Andrew Cantor, President of Related Michigan.

“Related remains extremely optimistic about the future of The District Detroit and are working closely with our partners at Olympia Development and with the city to deliver to the kind of inclusive economic opportunities this community deserves,” he continued.

Prior to construction, the agreement allows for temporary activations such as community or other events on the site. Based on the volume of additional development underway and under study in The District Detroit by Olympia Development and Related, it is anticipated that proposed development plans for two additional ancillary development sites will be addressed with the DDA next September.

Olympia Development and Related continue to engage stakeholders from the community to gather feedback on a shared vision for The District Detroit. By seeking and incorporating input from the community, the companies will refine the vision to reflect and support local priorities that will influence how and when the development takes shape.

Community conversations are exploring the core values and priorities of the purpose-driven development, including education, engagement, employment, economic inclusion and environmental justice.

Claude Molinari, President and CEO of Detroit Metro Convention and Visitors Bureau, echoed the need for more hotel rooms to help power the city’s continued resurgence. “The city needs many more hotel rooms to better compete for significant events and conventions that will bring tens of thousands of additional visitors to the region and help create good jobs for Detroiters,” he said.

“With Olympia Development and Related Companies bringing this project to life, we can expect a first-class hotel with amenities and experiences that will attract travelers and businesses from around the globe,” he added.

Renderings shared earlier this year explore future areas of focus that will benefit the community while also meeting the strong, nationwide demand for developments that make a positive difference and address critical social issues.

In addition to this hotel development, the announced vision anticipates commercial development on Columbia Street, a residential corridor along Park Avenue, and new parks and green spaces.