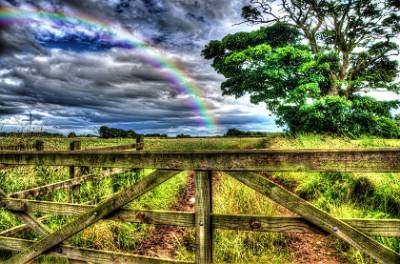 A growing number of climate, food, environment, health and justice advocates are embracing and promoting a world-changing concept: regeneration.

What is regeneration? And why are a so many public figures, including Pope Francis, calling for regeneration or revolution, rather than “halfway measures” such as sustainability or mitigation?

The inconvenient truth of course is that our degenerate “profit-at-any-cost” global economy is killing us. The living Earth—our soils, forests and oceans—and the “rhythms of nature” are unraveling. Greed and selfishness have displaced sharing and cooperation. Land grabs, Empire-building, resource wars, and out-of-control consumerism have become the norm.

Our heat-trapping, climate-disrupting, fossil fuel-intensive, industrial agriculture-and deforestation-induced CO2 monster in the sky, now approaching 400 parts per million (ppm), is the most serious threat humans have ever faced.

Either we take down King Coal and Big Oil and switch to renewable energy, and simultaneously move, literally suck down, several hundred billion tons of excess carbon from the atmosphere and naturally sequester this CO2 in the soil and forests—through regenerative farming, grazing and land use practices—or we are doomed.

According to activist and author Vandana Shiva, “Regenerative agriculture provides answers to the soil crisis, the food crisis, the health crisis, the climate crisis and the crisis of democracy.”

But just what do we mean by Regenerative Agriculture?