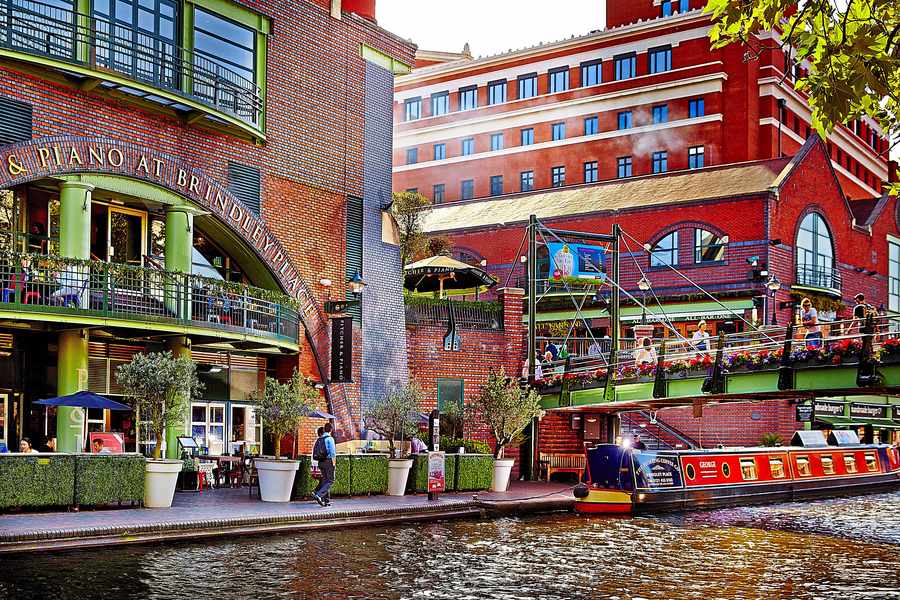 Birmingham, England long had ambitions of punching its weight with the best in Europe – but the historic waterway network that was once its crowning glory had become an embarrassment.

The advent of the 1990s signalled a new era for Birmingham, with civic bosses having the vision to transform the city into a hub of shopping, leisure and nightlife.

In 1998 the Brindleyplace redevelopment was recognised with a special award at the Midlands Property Show for its contribution to the city’s regeneration.

At that stage just over half the development had been completed and further construction was well under way on 250,000 sq ft of office space and a second new public square. But the signs that the city was onto a winner were already clear as it was welcoming more one million visitors a year.

Brindleyplace is now an established landmark, along with the new Bullring, Grand Central and New Street Station and the Mailbox.

And its canals are an integral part, harking back to Birmingham’s past.

Though Brindleyplace bosses are celebrating the landmark 20-year anniversary, they insist they want to keep expanding and increasing the number of visitors. Alison McKenna, senior marketing executive at the complex, said: “Brindleyplace continues to thrive as both a business and leisure destination. Last Christmas we had a record number of people visiting, increasing by 11 per cent from last year. It really is incredible to think just how much Brindleyplace has transformed an area that once lay derelict and unused.”