With the acceleration of global climate change, droughts have been hitting the state of New South Wales, Australia with catastrophic regularity in recent decades. Hundreds of farmers and ranchers have lost their livelihoods in the process, with the dramatic exception of one group: those practicing regenerative agriculture. This trend was documented back in 2002, when The Restoration Economy was first published. 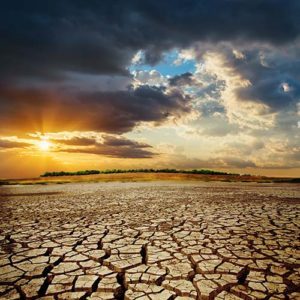 Photo of drought via the Hornsby Shire Council.

Fifteen years ago, reeling from the effects of the Millennium drought, farmer Charlie Arnott in Boorowa, NSW attended a workshop on regenerative agriculture that radically changed the way he farmed and, he believes, saved his life.

He had been farming conventionally using pesticides, herbicides and fertilisers, but the course taught him how to partner with nature instead of trying to control it.

“I was doing a really good job of killing a lot of stuff to try and grow food, which is kind of crazy,” Mr Arnott said.

It has turned around his farm’s capacity to deal with drought and he currently has plenty of water and grass for his livestock even as the drought in NSW intensifies.

Another farmer in Boorowa, David Marsh, started investigating alternative agriculture techniques in the 1980s, after a drought brought him to the edge of ruin.

He adopted regenerative practices in 1999, boosting the native vegetation and tree cover on his property from 3% to 20%.

He says that trees and native grasses are crucial to farming because they sequester carbon from the air, and their deep-rooted systems recycle nutrients from the soil.

A study commissioned from Vanguard Business Services by the Federal Department of Environment found that regenerative management practices “have the potential to increase the health of Australia’s grassy woodlands and at the same time improve financial and farmer wellbeing.”

A long term regenerative grazing study of the grassy woodlands of NSW was supported through funding from the Australian Government’s National Environmental Science Program and was conducted by Australian National University, University of Canberra and University of Queensland researchers and economists, along with Vanguard agricultural consultants and statisticians from NSW State Government and the Australian Bureau of Agricultural and Resource Economics and Sciences.

Some of its findings included:

The wellbeing of regenerative graziers (ranchers) was assessed relative to the Regional Wellbeing Survey. This survey regularly checks the wellbeing of some 7,000 farmers across Australia.

The environmental health of their farms was also assessed with the following findings:

See ABC News article (from which part of this was excerpted) by David Claughton & Olivia Ralph.