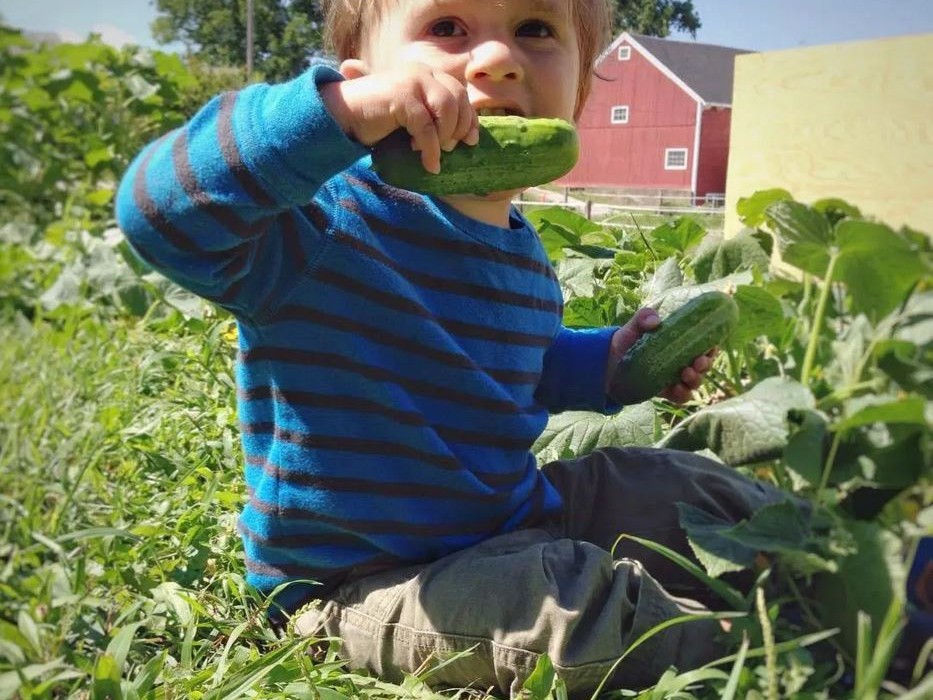 On February 10, 2016, Kiss the Ground and Regeneration International announced support for Vermont’s Senate Bill 159, a bill that would introduce a state-level certification program under which farmers could have their land and farming methods certified by the state as regenerative.

The bill, introduced by Senator Brian Campion (of Bennington, Bennington County, Vermont), was first written by Jesse McDougall, a farmer in Shaftsbury, Vt. McDougall employs regenerative farming practices, including planned rotational grazing, which eliminate the need for chemical fertilizers and tilling, and regenerate the soil’s capacity to retain water and sequester carbon.

“We’re just a small part of a much larger story about the love and stewardship of this land,” Jesse McDougall told REVITALIZATION publisher Storm Cunningham about the work he and his wife, Caroline, do at Studio Hill, their regenerative farm in Vermont. 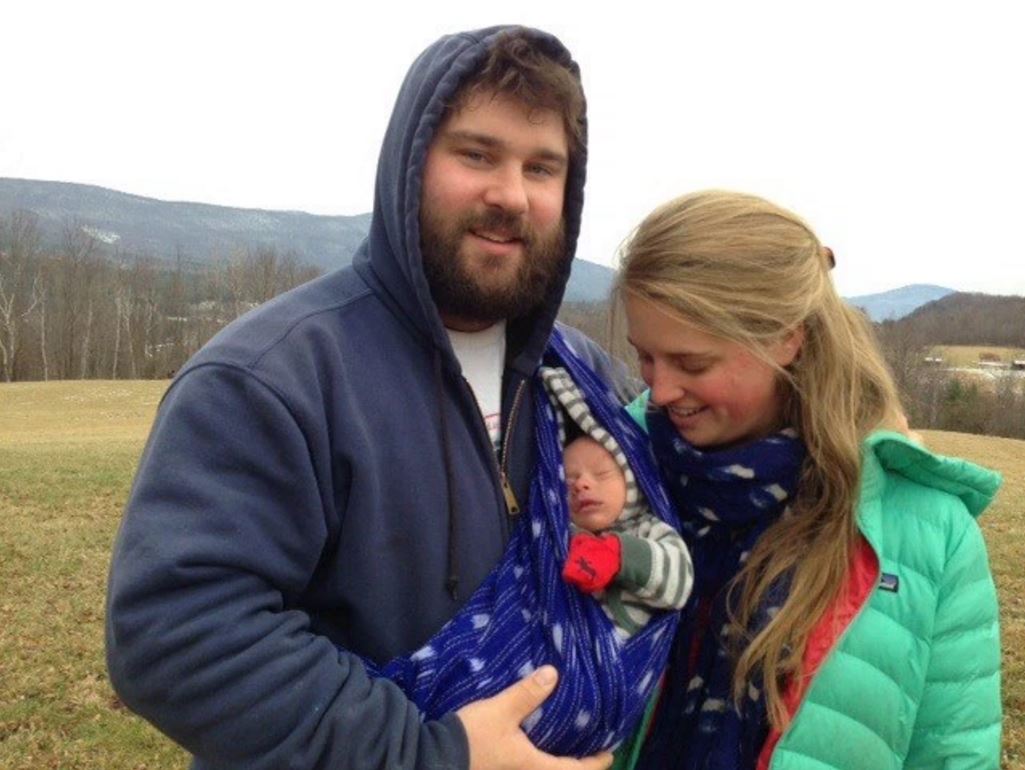 “Every day we look at work done here by Caroline’s great-grandparents, grandparents, and every generation since. Our children, grandchildren, and great-grandchildren will one day look back on the work we’ve done here—so it had better be good! It fills us with pride and purpose to know that, after decades of moving fences and carrying buckets, we’ll be passing on wildly-fertile land that will be more able to protect and provide for the future generations of this family and the communities they feed,” he continued.

McDougall had considered pursuing a formal organic certification for his meat products and farm, Studio Hill, but decided he wanted to do more than tell customers what’s not in the food––the absence of chemicals and synthetic fertilizers. McDougall sought instead a certification that would tell consumers what is in their food, how the food was raised, and how the land was improved by its production.

“The certification is intended to help legitimize this style of farming as an economically viable option for farmers,” said McDougall. “It is our hope that this certification program not only creates a high-value market for regeneratively-grown food, but also rewards regenerative farmers for their work with better marketing opportunities and bigger margins.”

“As a small, farmer-friendly state and agriculture pioneer, Vermont is perfectly positioned to lead the country with this type of legislation,” said Finian Makepeace, co-founder and policy director at California-based non-profit, Kiss The Ground. “We expect and hope to see many more states adopt similar legislation as part of the regenerative movement that is spreading across the United States and globally.” 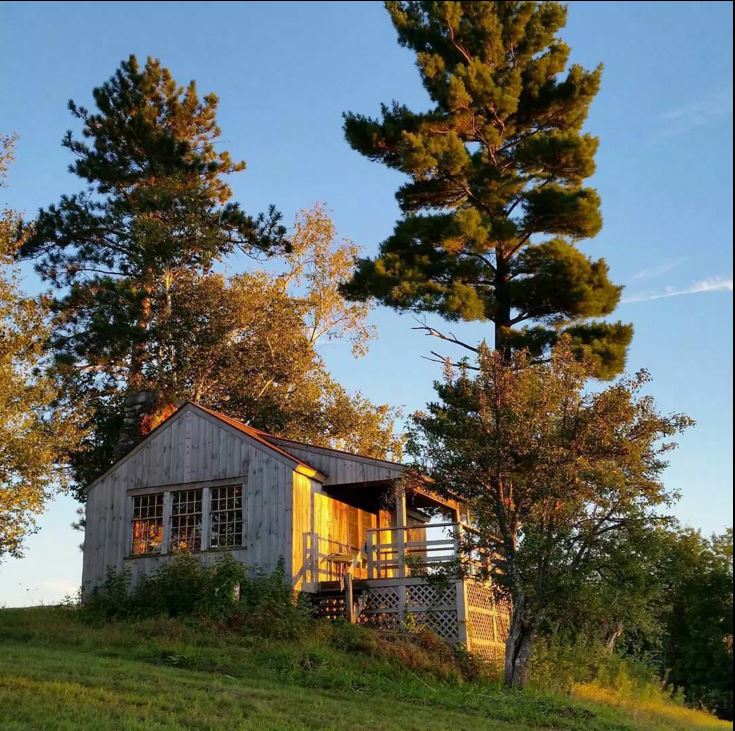 The studio at Studio Hill

“The trends are clear. Consumers increasingly want to know more about their food. What’s in it, how it was grown, whether it was locally produced or shipped a long distance, and how humanely animals were treated,” said Ronnie Cummins, member of the Regeneration International Steering Committee, and international director of the Organic Consumers Association. “And as public concern around global warming escalates, consumers are looking for food produced using practices that contribute to a climate solution, rather than to the problem.”

This is the first piece of legislation specific to regenerative agriculture in the United States, and one that serves both farmers and consumers. The certification is intended to result in a State of Vermont seal, visible to consumers at the grocery store and available to certified farmers to share, educate and promote their work.

The certification includes three standard, binary tests: if topsoil has increased; if carbon has been sequestered; or if soil organic matter has increased. A farm would need to meet only one of these criteria, over a three-year period and with each successive year, to be certified as regenerative. 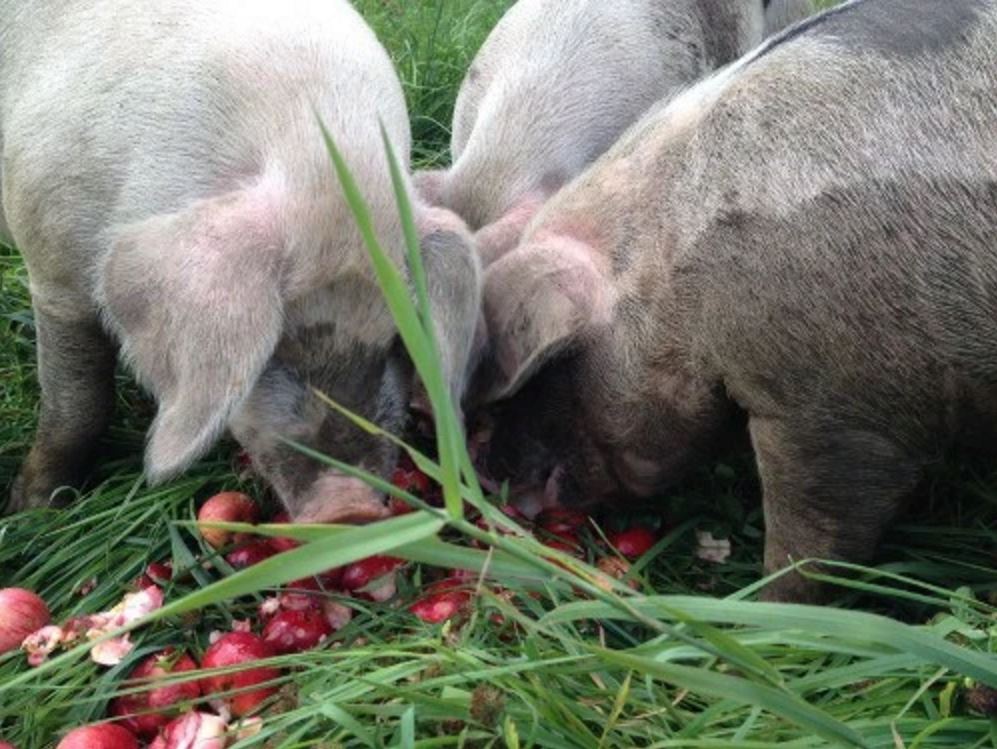 A happy meal at Studio Hill

Healthy soil via regenerative agriculture is gaining traction worldwide with “4/1000 Initiative: Soils for Food Security and Climate“, a visionary initiative introduced at last December’s COP21 and signed by 25 countries, to increase the organic carbon level of each country’s agricultural soils by 0.4% each year.

“Regenerative farming can rebuild the soil, sequester carbon, produce nutrient-dense food, and eliminate the need for toxic chemicals,” McDougall says. “If we want the next generation of farmers to do this work, it is our responsibility to provide them with the tools that make it possible. We wrote this bill to begin building those tools.”

The Vermont Senate Committee on agriculture will review Bill 159 in the coming weeks and determine whether it will be included in the next legislative session and continue on to the Senate floor.

Kiss The Ground is a California-based, 501(c)(3) nonprofit championing regenerative living and the restoration of soil worldwide. Their work is generating awareness through media, education and policy, encouraging participation from individuals, farmers, communities and governments to build back healthy soil.

Regeneration International is a 501(c)(3) nonprofit dedicated to building a global network of farmers, scientists, businesses, activists, educators, journalists, governments and consumers who will promote and put into practice regenerative agriculture and land-use practices that: provide abundant, nutritious food; revive local economies; rebuild soil fertility and biodiversity; and restore climate stability by returning carbon to the soil, through the natural process of photosynthesis.

Update from Storm: I was very happy to see both this bill and these regenerative farms and organizations. My first book, The Restoration Economy (2002), had a chapter on what I dubbed “restorative agriculture”, but it was the same concept as what is being called “regenerative agriculture”: farming and ranching that not only restores the soil, but that also restores native pollinators, watersheds, and the like.

Unfortunately, the Vermont Senate Committee on Agriculture tabled this bill on February 26, 2016. Apparently, they didn’t think it was a good idea to have farms that continually become more fertile and productive. Nonetheless, the bill set an excellent precedent simply by being introduced. Hopefully, the leaders in other states will exercise a bit more wisdom and foresight when similar bills are introduced to them.