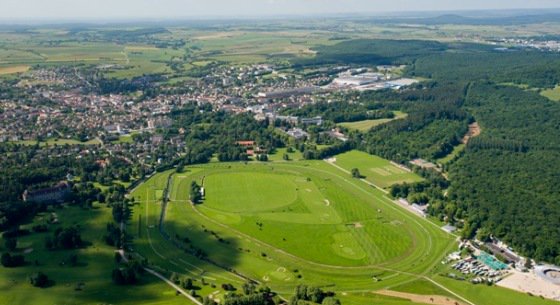 Some progressive lawmakers are finally recognizing the potential of regenerative agriculture to help restore the planet’s climate.

For instance, Assemblywoman Didi Barrett of New York introduced the Carbon Farming Act that proposes a tax credit for farmers employing practices that sequester carbon in vegetation and soils.

In Hawaii, a Carbon Farming Task Force was established in July of 2017 to design incentives to drive up the state’s soil carbon content as part of the effort to enhance the resilience of their farming and ranching lands. Hawaii’s efforts are timely given that C&H shut down the last large-scale sugar plantation there in 2016. The impacts of 181 years of sugar farming on the 35,000 acres of fields has left the Hawaiian soil degraded and needing revitalization.

The U.S. is certainly not alone in the quest to restore our land. In France, the regions of Contrex, Hepar, and Vittel serve as sterling examples of how the uplift payment for ecosystem services (PES) can have a positive impact. Prior to their reputation for pure water and healing health spas, farms and industry in those regions contaminated their waterways with pesticides, oil, and manure runoff for years. In 1992, the resident communities mobilized to halt the degradation.

Known as the Agrivair project, sponsored by Nestlé, farmers committed to reduce livestock holdings and introduce crop rotations while industry got to work on digging up their oil tanks and installing clean gas. Today, 90% of the region is protected by some form of environmental oversight and farmers receive a PES of €200 per hectare to maintain responsible agricultural practices.

Closer to home, Microsoft has agreed to purchase verified carbon credits from improved rice growing practices from farmers in Arkansas, California, and Mississippi. This milestone transaction was a collaborative effort between NRCS, the American Carbon Registry, Terra Global Capital, EDF, and the California Rice Commission.

The California Department of Food and Agriculture (CDFA) recently announced their Healthy Soils Program (HSP). Using a portion of the state’s cap and trade revenues, competitive grant funding will be offered to projects that employ specific management practices for farmers and ranchers to improve soil health and sequester carbon.

Jimmy Emmons and his wife Ginger farm 2,000 acres of cropland and graze cattle on another 7,000 acres of rangeland in Western Oklahoma. The Emmons family has been farming there since 1926. Jimmy told a group of us how using sustainable farming and ranching techniques that include planting cover crops and no-till practices, he had increased outputs, reduced inputs, and cleared their line of credit in the past few years. Jimmy has discovered that healthy soil is more resistant to drought, fends off erosion, encourages microbial organisms, and delivers healthy crops and cattle with little to no synthetic inputs. 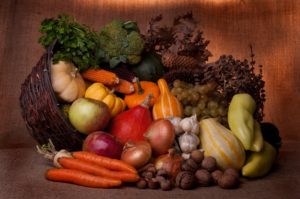 We had been invited to attend a carbon markets meeting hosted by the Noble Research Institute (NRI) in Ardmore, Oklahoma. Oilman Lloyd Noble, had founded NRI (originally the Samuel Roberts Noble Foundation) after witnessing the impacts on the land during the Dust Bowl era.

Mr. Noble was particularly prescient when he said back in 1943, “The land must continue to provide for our food, clothing and shelter long after the oil is gone.” NRI is now the largest independent agricultural research organization in the country. Noble is seeking to understand how to leverage carbon sequestration credits from agricultural systems to offer an additional revenue stream to farmers.

Jimmy and his colleagues who work with NRI and USDA’s National Resources Conservation Service (NRCS) have a worthy pursuit. Around 40% of land in this country is made up of farmland. With changes in climate, our agricultural sector will continue to suffer the impacts. Senator Stabenow (D-MI), a ranking member on the Agricultural Committee pointed out that, “while farmers and ranchers have weathered storms and droughts for decades, climate change poses a much larger threat to agriculture, rural economies, and our nation’s food supply.”

The breadbaskets of the world hold significant potential in the battle against climate change. Soil is a climate ally holding more carbon than the atmosphere and all vegetation combined. Up to a third of the emission reductions needed under the Paris Agreement can be achieved by sequestering carbon in agricultural land, forests, wetlands, and marine habitats.

Paul Hawken’s Drawdown sets out a pathway to reverse the accumulation of atmospheric carbon within 30 years using existing practices; evaluated on on cost, implementation period, and impact. Twenty three of the 80 “Drawdown” solutions are based in forests, agriculture or other land management strategies with regenerative agriculture coming in at rank 11 (net savings of $1,928 billion), managed grazing at rank 19 ($535 billion), and farmland restoration at rank 23 ($1,342 billion).

Achieving that kind of savings through climate smart agriculture is within reach of the farming community. Since carbon makes up 58% of soil organic matter, building soil resiliency has become a significant strategy in our climate mitigation quiver. The Four per 1000 initiative declares that a 4% annual growth in the rate of soil carbon stock would support arresting the current increase in global emissions. Research conducted by the Marin Carbon Project found that applying half of an inch of compost to grazed rangeland yields a 40-70% gain in forage production while improving water holding capacity and sequestering one ton of carbon per hectare per year.

The research team at Noble wants to accelerate the practices of climate smart agriculture. They are exploring how participating farmers can generate and derive revenue from the various ecosystem services they generate. NRI conducted a test on a ranch in Texas. They split the ranch in two and implemented improved management and grazing techniques on the 280 acres of the north plot and left the south plot as is. Over the course of three and a half years, they tracked soil health, production rates of forage and cattle, and profitability. The north unit offered a return of $1,170 per year compared to a loss of $80 per year for the south unit. Jeff Goodwin, a rangeland and pasture consultant with NRI involved in the Texas pilot, projected the profit per cow to be $140.

While momentum and interest is certainly building, climate smart agriculture has been challenged since it has not enjoyed near the level of subsidy and incentive payments the green energy or transportation sectors have accrued during the fight against climate change. Stakeholders working on potential edits to the Farm Bill up for renewal in 2018 are exploring how best to use the Bill to support such climate smart agriculture.

Callie Eideberg of EDF pointed out in an interview with Conservation Finance Network that while there is roughly $6 billion in the conservation program portion of the Farm Bill, it is insufficient to get to the scale of national impact needed.

She explained that a mechanism was needed to spur farmers to undertake practice changes that delivered meaningful gains while opening the gates to the private sector to finance these conservation approaches for a return. Success in this endeavor would bring the massive flow of private capital to bear on investing in restoring our breadbasket.

An earlier version of this article by Sean Penrith appeared on The Climate Trust‘s website. Reproduced and modified here with permission.