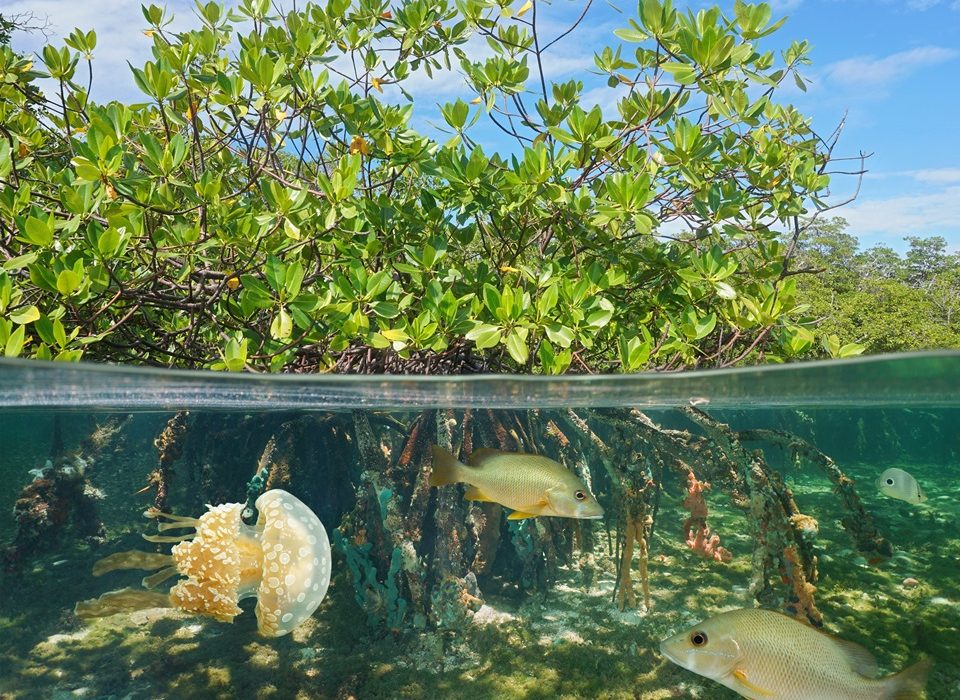 Since gaining its independence in 1991, Eritrea has experienced many upheavals both social and economic. The location of the young country in a very arid part of the horn of Africa, with high temperatures, low rainfall and poor soil conditions (most likely a result of ancient deforestation), mean that cultivation of food crops or indeed any kind of agriculture is very difficult.

It was a perfect location to explore regenerative agriculture, in other words. Along the largely-barren coast of this impoverished nation, the ideal would be a technique that revitalized the local economy, revived the littoral ecology, increased energy independence, decreased deforestation, and improved local nutrition. One man created such a system…for a while.

Between 1998 – 2003, a new type of farming enterprise unfolded in this hot dry corner of the continent, that could be a model for the economic, environmental and social revitalization for many other similar climatic zones around the world. This is a story about how human intelligence and photosynthesis combined to create abundance and natural regeneration in a place where previously only sand, seawater and sunlight existed.

Atmospheric scientist turned agricultural entrepreneur Carl Hodges developed a seawater farm which is an integrated multi-species complex system. The farm system begins by excavating a channel from the sea to create a saltwater river running into the desert. The first enterprise comprises 290 brick tanks which are used to grow white leg shrimp and Indian prawn. Tanks are concrete lined to minimize the infiltration of saline water avoiding contamination of the freshwater aquifer.

The nutrient rich outflow from the shrimp farm then passes to a fish farm where species such as tilapia and milkfish are grown, both of which are good eating fish for local and export markets. The next stage is a large plantation of salicornia (also named samphire or “sea asparagus”). This salt-loving plant, known as a halophyte, thrives in the nutrient-rich irrigation water emanating from the shrimp and fish farm and yields several useful products.

The cycle continues to a semi-submerged saltwater forest of mangrove which is a useful fuel and fodder crop in itself but also provides valuable ecosystem services in the form of water purification and as a habitat for many different species. The final stage in the cycle is a large coastal wetland, that forms a habitat and migratory stop for over 200 species birds as well as many other animals. By now the water has been cleaned of any potential harmful nutrients and can flow back safely to the sea.

At peak production the shrimp and prawn tanks exported one ton of premium grade product per week to Europe, and created over 800 local jobs, significantly revitalizing the local economy. The fish ponds provided meat both for export and local market, as well as bone-meal that looped back into the shrimp growing operation.

The salicornia converts seawater into succulent green vegetables suitable for humans, the seeds can be converted to cooking oil and the remaining meal can be used as fodder for livestock. Mangroves produce over 10 tons of stems per hectare that can be used for building material and firewood as well as 18 tons of leaves that can be used for animal feed. Mangroves also create a habitat for bees which in turn produce revenue-generating honey. 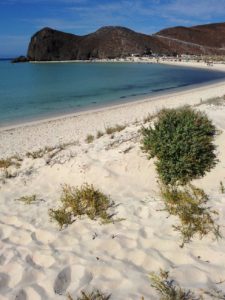 Unfortunately, political upheavals in Eritrea resulted in most of Hodge’s seawater farm project being closed down in 2003. But, as Carl enters his eighth decade, his indefagitability continues to grow. Having discovered another nifty quality of salicornia – it can be converted to biofuel – he is currently working on a project in the Sonoran Desert that when completed will be the largest seawater farm in the world.

The Sonoran Desert covers large parts of the Southwestern United States in Arizona and California. The western portion of the United States–Mexico border passes through the Sonoran Desert. It’s the hottest desert in Mexico, and has an area of 260,000 square kilometers (100,000 sq mi). It forms much of Northwestern Mexico in the states of Sonora, Baja California Norte, and Baja California Sur, where it comprises most of the coastal area of the Gulf of California (formerly known as the Sea of Cortez).

Note from Storm: Of course, for mangrove planting to be considered regenerative in a desert environment, the location must fulfill at least one of two requirements: 1) it should be a coastal area that used to have mangroves (which fulfills the ecological restoration agenda), or 2) it should be in an environmentally and agriculturally barren area, in which case it fulfills an agricultural/economic regeneration agenda. Too many people confuse a healthy desert ecosystem with barren, arid land that’s been ecologically devastated, usually by bad farming or ranching practices.