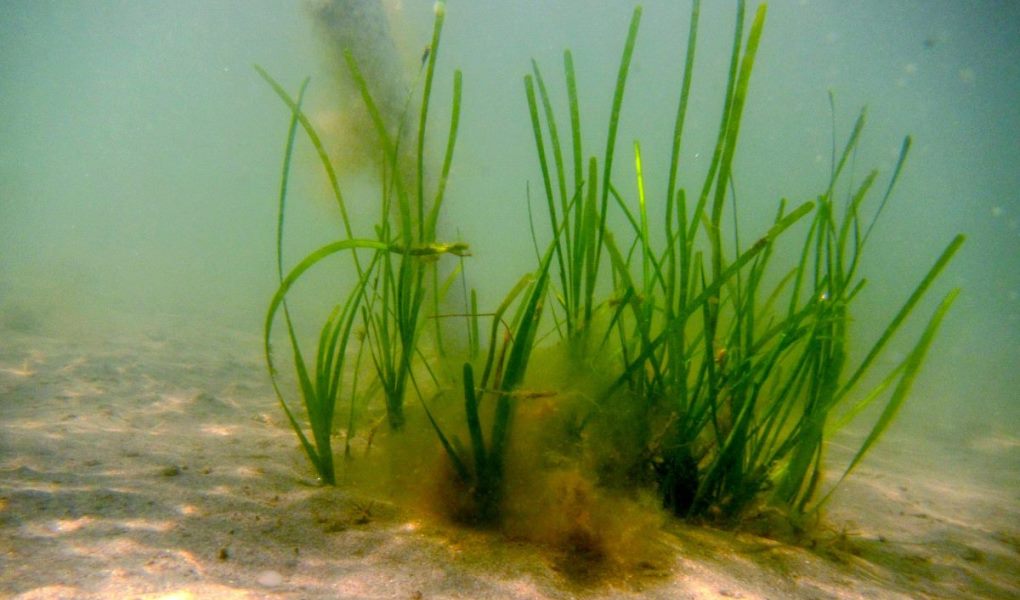 Coastal seagrass beds are crucial elements of ecosystem function. Seagrasses are a foundation species, providing essential habitat for fish and birds, protecting against erosion and improving water quality. So, restore the seagrasses, and everything else will come back too, right. Not so fast.

A study published recently in Frontiers in Marine Science called “Inclusion of Intra- and Interspecific Facilitation Expands the Theoretical Framework for Seagrass Restoration” examined restoration methods, and found that strategic, simultaneous restoration of multiple species can be far more effective.

Ecological restoration is increasingly used as a strategy to stymie the loss of coastal habitats. Coastal habitat restoration has predominantly emphasized designs that minimize physical stress and competition.

As evidence of the pervasiveness of this approach, we conducted a global survey of seagrass restorers, and found a strong affinity for stress-avoidant designs with adult shoots in dispersed rather than aggregated configurations.

In contrast, adult outplant growth was enhanced by intra- but not inter-specific facilitation. Dispersed configurations consistently declined, whereas large-intact patches, which had the same initial biomass as dispersed plots, increased in patch area and doubled in shoot density.

These results demonstrate that expanding restoration strategies to include positive interactions with respect to seagrass ontogeny has the capability to switch the trajectory of restoration from failure to success.

Photo of restored seagrass is by Rachel Gittman/East Carolina University.