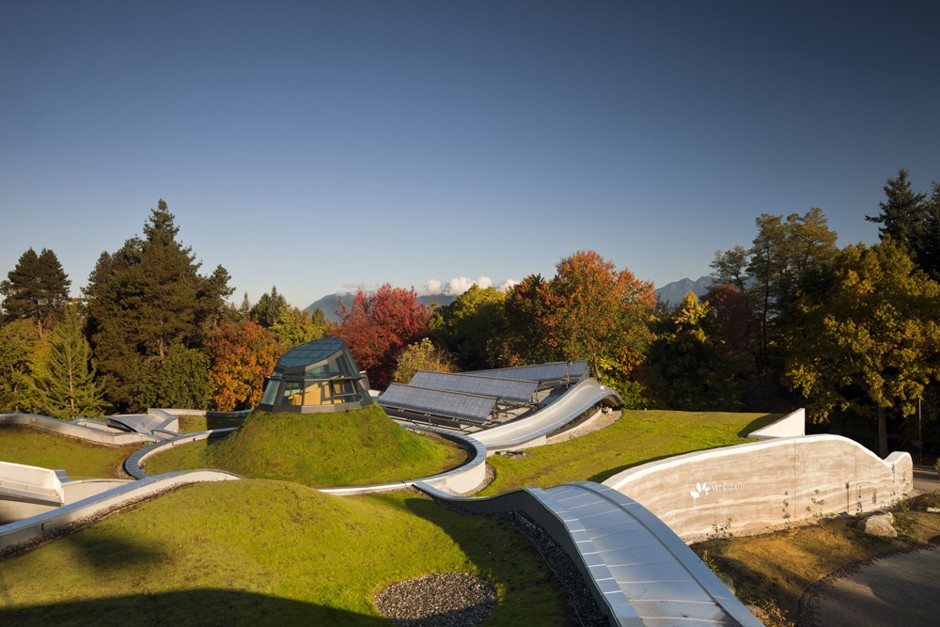 Note from Storm: If you’ve read my books or heard my talks, you know that I have long championed the idea that our world is far too depleted, polluted, and fragmented to rely on doing less damage as a way to create a better future. Only an economy and society whose goal is to makes things better–not just “less worse”–can actually create a healthier, wealthier, happier future for all.

This was described in my first book, The Restoration Economy (Berrett-Koehler, 2002), in the chapter “Restorative development vs. sustainable development.” The best part of our economy is that which revitalizes (and increases the capacity of) the cities we’ve already created, and that restored the damage we did to natural systems along the way.

Chapter 13 of The Restoration Economy dealt with the differing roles of ecological restoration and habitat conservation. Here are a few excerpts from that chapter: Conservation protects something from new development, but that is seldom enough. Combine conservation with ecological restoration, however, and now a pristine ecosystem is not just protected; it is able to expand its domain (maybe for the first time in centuries) into the damaged land around it.

Although there’s no question that we need more conservation, that’s not what this book is about. Conservation does not repair the damage already done (unless one is comfortable with geologic timescales), it does not repair the damage still being inflicted, and it does not offer a viable economic alternative to new development. As stated earlier, when our environment is being attacked so relentlessly, equally vigorous countermeasures must be taken. Such countermeasures mean restoration, plus conservation. The only defense, in our current situation, is a good offense. Restorative development doesn’t improve—or ¬combat—new development: it supplants it as our path forward.

The United States has received much praise for its system of national parks, preserves, and wilderness areas, but the focus has been too much on quantity, and too little on quality and connectivity. A 2001 study by the U.S. Geological Survey documented what biologists had long suspected: the conservation lands set aside for wildlife were generally selected for their lack of interest to developers or resource extraction companies, not for their biodiversity or other ecological value.

Trying harder at the wrong activity isn’t going to help much, just as digging a deeper hole in the wrong place won’t uncover the treasure. The partnering of conservation with restoration has begun just in time. Of course, it’s only “just in time” if you don’t mind chalking off as unimportant the 800 or more recently expired mammal, bird, reptile, amphibian, and fish species, and a larger number of plant, insect, and microorganism species. Those are only the known losses (or those intelligently surmised to be lost): species that went extinct before they were discovered and classified probably outnumber the known.

Conservation of the natural environment is obviously essential, because maintenance/conservation is the second basic “mode” of the development life cycle, but we need to stop thinking it’s the only tool we have with which to “save Nature.” In fact, it’s often not even the best tool for rescuing nature, considering the present dire state of affairs.

Conservation is more appropriate early in the economic development of a country, when there is plenty to conserve. After widespread damage has been inflicted, conservation must be teamed with restorative development in order to save what’s left, and to retrieve some of what should never have been lost. Depending on conservation alone, when the natural world is under attack from all sides, is like an army’s relying solely on defensive maneuvers, never taking the offensive, even when the enemy is vulnerable. Expanding conserved areas, by restoring degraded land and water surrounding remnant ecosystems, is the strategy of the twenty-first century.

Chapter 14 of The Restoration Economy discussed restorative development versus sustainable development. Here are a few excerpts from that chapter: Real sustainability, as regards new development, is still a dream. It won’t become reality in time to save hundreds of species (not to mention millions of humans) so let’s come to grips with the fact that pollution will be with us for some time to come. That being the case, we need to put less attention on improving new development (making it less damaging), and put more effort into replacing new development. We need to replace it with something that will not just do no new damage, but will repair old damage. In other words, restorative development.

This isn’t to say that “greening” new development isn’t worthwhile; it’s vital, of course. The problem is that modestly improved—and still very damaging—forms of new development are being called “sustainable”. We should call these forms what they are: greener, less polluting, less toxic, less wasteful, and less dependent on nonrenewable resources. Such claims are easy to measure and document, and don’t overstate the progress. Calling greener forms of new development “sustainable” lulls us into thinking we’ve made far more progress than we really have.

Anyone who is paying attention to the current condition of our planet should look around and ask “Who wants to sustain this mess?“. The following new article by the great development thought leader Anthony Flint heralds (finally!) the adoption of this attitude by architects.

From the article: What if buildings could be designed to make a positive contribution to the environment? When is a building truly regenerative—actually contributing to the improvement of the ecosystem—and when is it merely green, with lower electric bills?

Peter Busby, managing director of the San Francisco office of Perkins + Will, is hoping to take things to the next level. It’s great that buildings can minimize harm, right down to being carbon-neutral and zero-emission. But what if they could be designed to take it a step further—to give back to nature and make a positive contribution to the environment? This concept is known as regenerative design.

“[LEED is] a tool that says what you’re doing is less bad,” he says. “I’m interested in the cutting edge of sustainable design, which looks at first principles, rather than compliance with a certain rating system. We know a lot about best practices. But we’ve shied away from establishing must-do’s. Our attitude is a bit laissez-faire … during this learning phase of how to do regenerative design, the process should be open-ended. We should learn from each other in terms of what things are working and what things aren’t.”

Regenerative design may end up giving us new distinctions to argue about: When is a building truly regenerative—actually contributing to the improvement of the ecosystem—and when is it merely green, with lower electric bills? It’s not going to be enough for workers to hear songbirds on the green roof. The avifauna needs to have been rescued from being endangered to count.

Busby says he isn’t sure there is as yet a perfect example of a fully regenerative design building. But the VanDusen Botanical Garden Visitor Centre in Vancouver, BC comes close. Waste from the toilets is harvested to be mixed with food waste composting, while the water is separated out and purified for use in irrigation. Rammed-earth building blocks were formed by dredging ponds on the site, and the deeper water in turn led to a healthier ecosystem. The equivalent of staircases encourage all kinds of critters to get up to the green roof and feed; coyotes have been spotted up there.

Update: A June 30, 2015 article titled “Buildings Alone Will Never Be Regenerative” offers an insightful rebuttal (of sorts) to the concept of regenerative buildings. See rebuttal article.