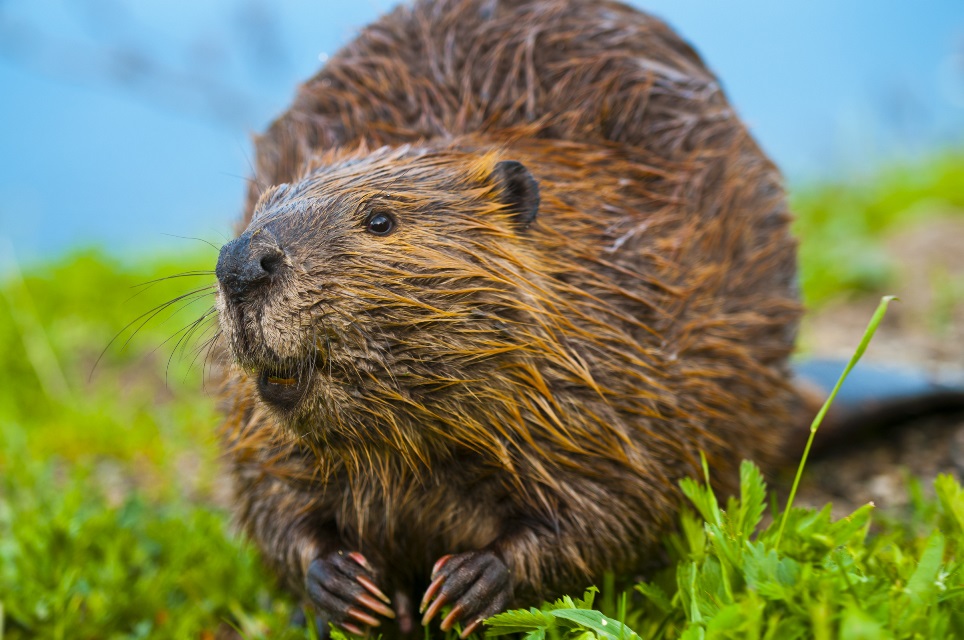 Beavers, high elevation streams, and oyster reefs are just three of the weapons in the fight against climate change discussed in 14 Solutions to Problems Climate Change Poses for Conservation, a new report released on May 9, 2017 by the Wildlife Conservation Society (WCS). 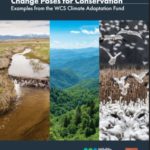 From reintroduced beavers restoring the water storage capacity of ecosystems in Utah and Washington, to redesigned culverts that accommodate flooding in upstate New York, the report showcases 14 inventive “real-world” solutions to a warming climate threatening wildlife and ecosystems worldwide.

Some of the solutions already being implemented include: 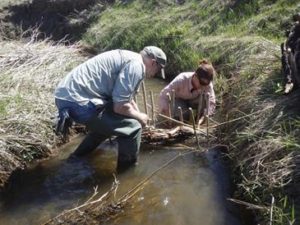 WCS Climate Adaptation Fund Program Director Darren Long said, “We are thrilled to share our ‘14 Solutions’ report, and for others to learn from the adaptation work of those whose projects are showcased here. These solutions are on the leading edge of a field where traditional conservation work is no longer sustainable or strategic in light of climate change.”

These projects have been made possible with funding from the Doris Duke Charitable Foundation granted through the WCS Climate Adaptation Fund. Between 2011 and 2016, the Fund invested more than $12 million in 66 adaptation projects across the U.S.

The priority placed by the WCS Climate Adaptation Fund on science-informed, on-the-ground innovations to help nature adapt to climate change is catalyzing the conservation field to incorporate climate considerations as a standard practice. Through the Fund, WCS supports organizations who are the leaders in the adaptation field and partners with them to invest in the future of conservation.

WCS Climate Adaptation Coordinator Molly Cross said, “We know that the environment is changing due to climate change and those changes will impact people, wildlife and landscapes in myriad ways. It is extremely rewarding to see the tangible results of people working together to prepare for and mitigate the potential negative impacts.” 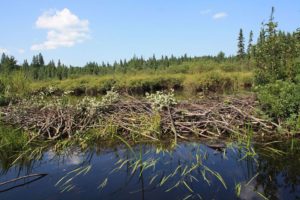 Beaver’s dam at Algonquin Park, Canada.Photo by Franklin.vp via Wikipedia.

In recognition of the success of the Climate Adaptation Fund, WCS received the 2017 Climate Adaptation Leadership Award for Natural Resources on May 8, 2017. This prestigious award, presented by the Joint Implementation Working Group of the National Fish, Wildlife, and Plants Climate Adaptation Strategy (NFWPCAS), recognizes exemplary leadership by federal, state, tribal, local, and non-governmental entities in reducing climate-related threats and promoting resilience of U.S. natural resources and communities that depend on them.

Darren Long said, “We are extremely grateful to NFWPCAS for this recognition. We share this honor with our grantees and partners, and of course thank the Doris Duke Charitable Foundation for their commitment and generosity to this program.”

About the Wildlife Conservation Society: WCS saves wildlife and wild places worldwide through science, conservation action, education, and inspiring people to value nature. To achieve our mission, WCS, based at the Bronx Zoo, harnesses the power of its Global Conservation Program in nearly 60 nations and in all the world’s oceans and its five wildlife parks in New York City, visited by 4 million people annually. WCS combines its expertise in the field, zoos, and aquarium to achieve its conservation mission.