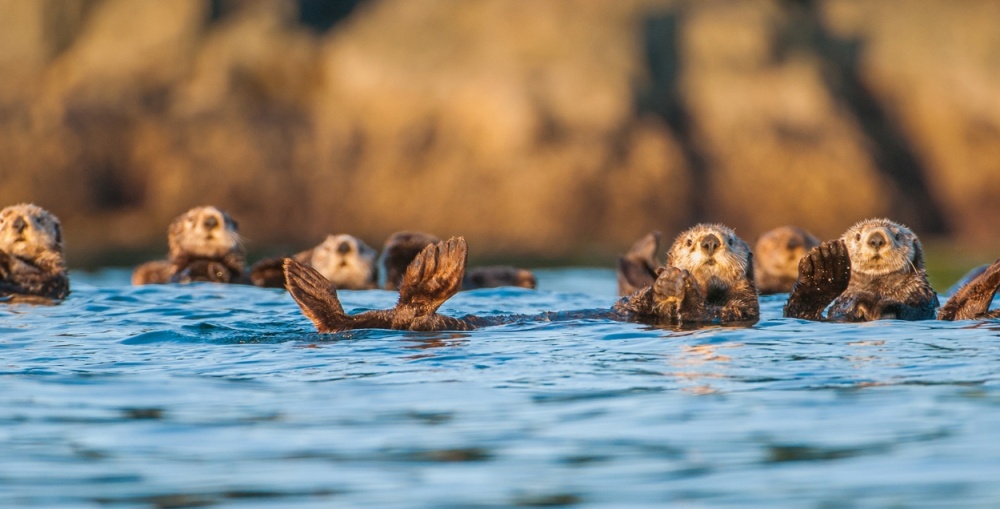 Since their reintroduction to the Pacific coast in the 1970s, the sea otters’ rapid recovery and voracious appetite for tasty shellfish such as sea urchins, clams and crabs has brought them into conflict with coastal communities and fishers, who rely on the same valuable fisheries for food and income.

But the long-term benefits of sea otter recovery—such as healthier kelp forests, higher fish catches, carbon storage and tourism—could be worth as much as $53 million per year, according to new research led by scientists at the University of British Columbia (UBC) and the University of California San Diego. If well-managed, these economic benefits could offset commercial losses to shellfish fisheries of $7 million per year.

“It’s clear that humanity must reverse the decline in biodiversity if we want to achieve a sustainable future,” said co-author Kai Chan, a professor at the Institute for Resources, Environment and Sustainability (IRES) and the Institute for the Oceans and Fisheries at UBC.

“This study demonstrates that restoring key species to ecosystems can also have great benefits for people, and could serve as a useful framework for evaluating top predator recovery elsewhere,” he added.

The study, published June 11, 2020 in Science, offers a new modeling framework to evaluate the significant long-term ecological changes driven by a top predator like the sea otter. The study was conducted on the west coast of Vancouver Island in Canada, and is representative of otter-driven impacts across their entire range, from Alaska through California. 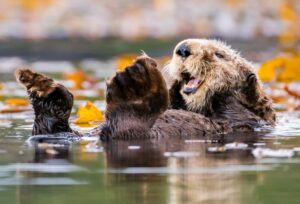 An otters floats at sea. Photo by James Thompson.

“Otters are controversial on the coast as shellfish harvesters see their take decline when otters arrive. However, kelp forests expand as otters eat grazers like sea urchins, making more habitat for fish, soaking up carbon and drawing tourists. Our results indicate that the economic benefits of having otters present outweigh the costs,” he added.

The project was based on the thesis of Shurin’s PhD student Russ Markel (while both were at UBC), who studied the effects of otters on kelp forest fish communities. They studied how fish recruitment (baby fish settling after drifting around in the plankton), growth and diets differed between North Vancouver Island where otters and large kelp forests are present, and South Vancouver Island with no otters and only very small kelp forests. They then collaborated with researchers who measure “ecosystem services,” the economic, social and cultural benefits people derive from ecosystems.

“Our work offers a glimpse into a future where otter populations have recovered to an estimated 5,000 animals, and have fully reoccupied their historic range,” said study lead author Edward Gregr, an adjunct professor at IRES at UBC.

“We found that coastal ecosystems with otters present are almost 40 percent more productive. In the long run, that equates to higher fish catches worth $9 million, carbon storage worth $2 million and tourism opportunities worth $42 million per year,” he continued.

That’s because the hungry otters drive huge transformations to their local ecosystems: by keeping urchin populations in check, they allow kelp forests to recover. Healthy kelp forests, in turn, sequester carbon and support abundant marine life, from salmon and lingcod to seals and whales.

For the analysis, researchers integrated local ecological field studies with available economic data and a recent tourism study, and accounted for uncertainties in future values and potential interactions among the species in the coastal ecosystem.

But, the researchers warn, the costs and benefits of such large ecosystem reorganizations are often not equally distributed. In British Columbia, future management decisions must consider the implications for local Indigenous communities and fishers, who are experiencing the losses from shellfish fisheries more acutely.

For example, while commercial fishers are likely to adapt to fewer crabs in shallow waters by fishing in deeper waters, indigenous or recreational harvesters with more restricted access may not be able to.

“Other costs and benefits—like food security, culture and tradition—are also considerable, but they are more difficult to value in dollars,” said Gregr. “Going forward, we want to scale the model down and incorporate such impacts at the local level.”