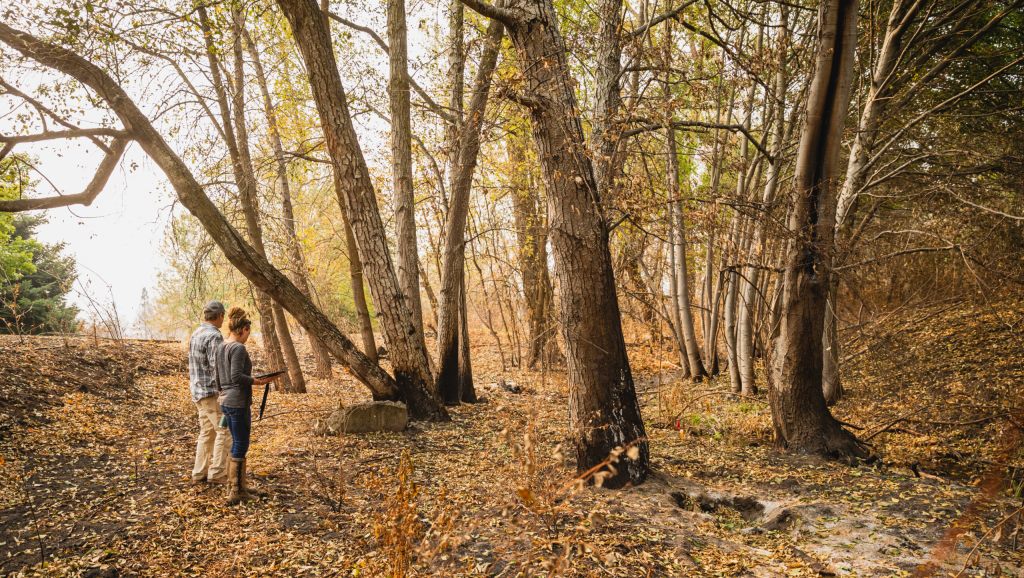 In Oregon, Eugene Wier was skeptical, yet optimistic, when he began overseeing The Freshwater Trust’s (TFT) water quality trading program with the City of Medford.

In 2011, this major Southern Oregon municipality agreed to do something unprecedented: allow TFT to use nature to offset the impacts of its wastewater treatment facility. Rather than invest in a cooling tower or a chiller, engineered solutions with price tags upwards of $20 million, the city partnered with TFT to the tune of $6.5 million. The solution proposed was to plant trees and shrubs in strategic places along the Rogue River and its tributaries.

The acres of native vegetation are blocking solar load and keeping the water cool by mitigating the warm water discharged. Importantly, it is keeping the city in compliance with the Clean Water Act. Increased water temperatures impact water quality and the health of native fish species.

Nine years after the program began, and two years ahead of schedule, TFT has officially implemented enough restoration projects in Southern Oregon to reach the threshold needed to satisfy the city’s permit requirements.

“This was the first time anything like this had really been done – in the West,” said Wier. “The stakes were really high, and our solution had to be highly durable and have appeal to landowners who would host the projects for 20 years.”

TFT was charged with ensuring the planting projects throughout the Rogue basin would generate credits representing the offset of 600 million kilocalories of solar load. A kilocalorie represents the amount of energy required to raise the temperature of a liter of water by 1.0 degree Celsius. One credit equals one kilocalorie per day. 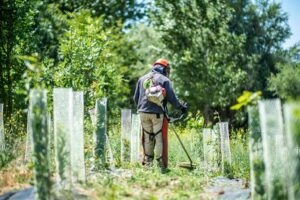 Regulator-accepted models and analytical tools helped TFT determine where to work, and the size of the projects necessary, to achieve that target.

“The 600 million was double what we needed to be in compliance with our permit,” said Dustin Hagemann, Water Reclamation Division Manager with the City of Medford. “That really helped soften some initial concerns for us – just knowing that we were generating twice what we actually needed to.”

Nine years after the program began, and two years ahead of schedule, TFT has officially implemented enough projects to reach that threshold needed to satisfy the permit requirements.

“On its face, this program was built to mitigate a very specific impact through a natural approach,” said Wier. “The truth is, there’s been a whole myriad of ancillary benefits.”

The thousands of plants tucked into the ground over the years to increase stream shade have also helped prevent erosion, filter nutrients, suppress invasive species growth, provide future woody debris for fish habitat, and beautify the river corridor for recreation. And the contract has supported local jobs by directing millions to local businesses, such as plant nurseries and landscape professionals. 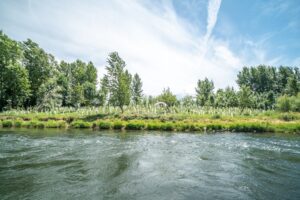 “The additional benefits and the cost really showed how this was the right thing to do,” said Hagemann. “If we had built a giant chiller, it could have complied with our limits but it would have been expensive and there wouldn’t have been many environmental or economic benefits. It’s also been impressive to see how resilient these projects are, when it was so hard to believe that natural sites could uphold in the same way as the constructed option.”

In September of last year, a handful of the projects were tested by Mother Nature when unprecedented wildfire tore through the area. Areas of the creeks and rivers plagued with invasive plants and shrubs burned hotter, while the restored sites endured the fire.

“We saw exactly how having a healthy riparian area makes a difference for fire events like that,” said Wier. “It’s another example of how we design and build these projects in order to weather all kinds of natural disturbance, whether that’s pest, flood, or fire.”

The projects implemented are woven throughout the basin – on both public and private land. Two are in parks to be enjoyed by the public. Two are on local wineries.

Eleven private landowners and three municipal owners have been recruited as part of this program to lease their land to TFT for two decades, ensuring the projects can continue to be monitored and maintained.

“I was so unsure of whether or not people were going to be willing to lease their land for projects like this – especially for that long,” said Wier. “As it turned out, they were really receptive to hosting this work, and they’ve been pleased with the improvements as well.”

Witnessing the program’s success hasn’t only made believers out of skeptics like Wier and Hagemann. The nearby City of Ashland approached TFT to implement a smaller-scale program in 2018 that would help mitigate their facility’s impacts on Bear Creek. It is anticipated to run through 2043 and will restore more than 20 acres of vegetation in the Bear Creek watershed.