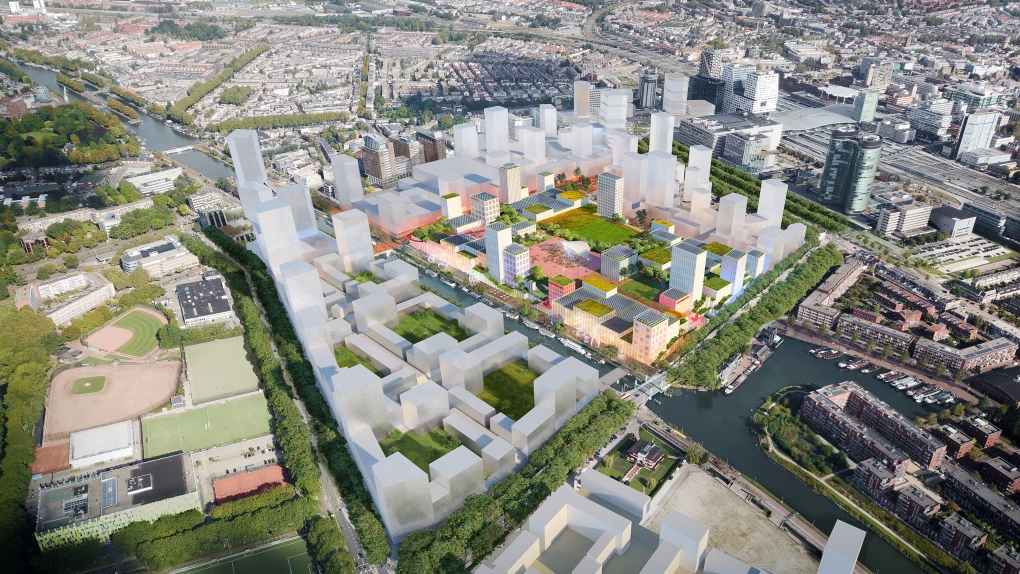 On December 3, 2019, Rotterdam-based design firm MVRDV announced that an area of Utrecht, Netherlands that’s currently dominated by logistics, cars, and parking spaces will soon become a green urban oasis that will help revitalize all of the surrounding neighborhoods.

The Jaarbeurs exhibition, event, and conference center is using MVRDV’s design to create a new, green-roof-topped Jaarbeurs venue, along with a masterplan for the surrounding neighbourhood. With a focus on sustainability and quality of life, the new venue hopes to create a garden in the city. 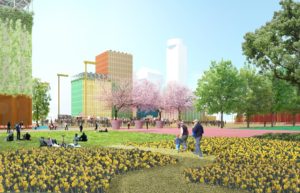 Jaarbeurs came to MVRDV with a challenging question: how do you design a green, sustainable, and innovative venue while giving the surrounding neighbourhood an important boost?

After a two-year process, the two companies are now launching their plan for a 120,000 square meter venue on the existing Jaarbeurs site to the west of Utrecht’s central train station, forming the beating heart of a larger 600,000 square meter masterplan to transform the under-utilized area at the station’s rear.

The new Jaarbeurs will be a sustainable building that opens in all directions, with an accessible green roof that will descend to ground level via cascading terraces. 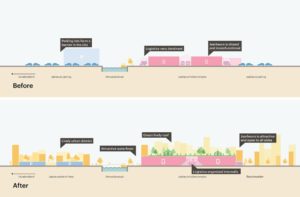 On this green roof, a rooftop park is proposed, where it is hoped that a carpet of programmable “squares” and gardens will offer space for urban nature, events, recreation, water storage, and energy generation. The rooftop of the new Jaarbeurs thus becomes an oasis within the city.

“It is rare that a private party not only invests in its own building, but also includes the environment in its plans,” says MVRDV founding partner Winy Maas.

“This master plan shows that Jaarbeurs is passionate about the city and dares to think outside the box. This is desperately needed, because this underutilized area has the potential to become a fantastic neighbourhood with the venue as its core – an attractive green ‘hill’ in the city.

The plan is also an opportunity to significantly improve the city and properly connect the centre, the station area, the Merwede Canal zone, and the Kanaleneiland,” he explained.

The announcement of the plans begins the next phase in the development of Jaarbeurs. Working with the municipality of Utrecht, the plan will now be elaborated, with the inclusion of a participatory process consulting local residents, sports clubs, entrepreneurs, and other stakeholders in the neighbourhood.

The construction of Jaarbeurs exhibition, event, and conference centre is expected to start in 2023.