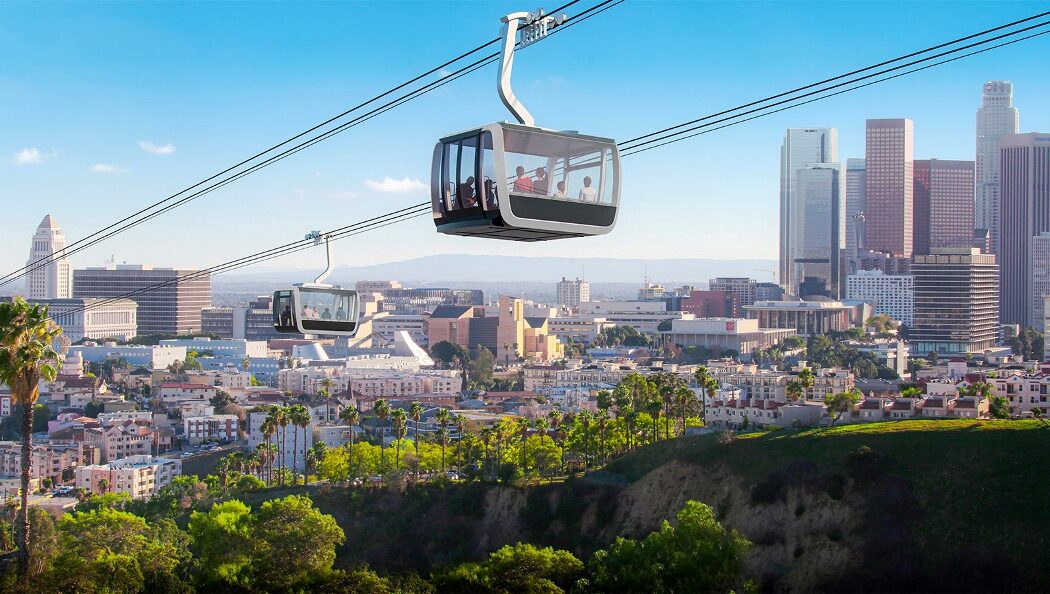 Infrastructure renewal is the largest component of the global restoration economy, being key to the revitalization of many cities and regions, and well as to the climate restoration effort.

But it isn’t always a matter of renovating the infrastructure we have: sometimes, infrastructure is based on an obsolete premise (such as the automobile) and needs to be replaced. Here’s a small-scale example: 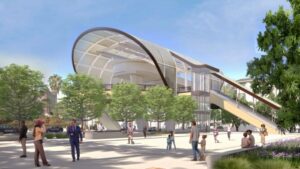 “Now, more than ever, we need thoughtful solutions that take cars off the road and lead to a more connected Los Angeles. The aerial gondola project will be the first of many more emission-free- innovations that will help reduce air pollution and improve quality of life for all Angelenos,” he added.

This milestone document evaluates the potential environmental benefits and impacts associated with the project and signifies a major step forward for the zero-emission transit proposal.

The Draft EIR will have a 60-day public review period during which the public will have an opportunity provide comments on the Draft EIR.

Metro will hold in person and virtual Informational Workshops, which will include a presentation on the project and the key analysis and conclusions of the Draft EIR, and Public Hearings where the public will have an opportunity to provide comments.

Compared to current conditions, the Dodger Stadium gondola would cause a net reduction in transportation related pollution and greenhouse gas (GHG) emissions as a result of reduced vehicular congestion in and around Dodger Stadium, on neighborhood streets, arterial roadways, and freeways.

Approximately 20 percent of fans could ride the gondola before and after each Dodger game and event at the Stadium, reducing vehicle miles traveled as attendees shift from driving to Dodger Stadium to riding transit connected to Metro’s regional transit system.

The Draft EIR finds that the lifetime vehicle miles travelled reduction of the project would be nearly 130,000,000 VMT, and project could reduce emissions by over 150,000 metric tons of greenhouse gasses over its lifetime.

The gondola system has a much higher capacity than other forms of public transportation.

The EIR shows that by 2026, the system is expected to carry close to 6,000 riders between Union Station and Dodger Stadium during each game. That number jumps to 10,000 by the year 2042. It would take 77 buses running every hour to meet a similar capacity.

The zero-emission aerial gondola would provide the first permanent transit connection to Dodger Stadium since it was built 60 years ago. Rather than sitting in traffic, fans will enjoy free fares to Dodger games and a scenic ride from downtown to Dodger Stadium in just seven minutes.

The gondola will also provide local benefits outside of game-time periods, including a “Community Access Program” that would allow residents and employees of businesses close to the project to ride the gondola for a Metro fare, at no additional cost.

The project team has spoken to thousands of households and met with dozens of community organizations, transportation and environmental advocacy groups who support this sustainable urban transit solution.

In response to stakeholder input, the project scope has expanded to include elements that increase the mobility, accessibility, and environmental benefits of the aerial gondola, including an additional passenger station, pedestrian connections, and improvements to Los Angeles State Historic Park.

Close to 6000 individuals and more than 340 businesses in Chinatown, El Pueblo, and Lincoln Heights have signed up to support the project.

“There is no question this project will benefit the local community,” said Martin Farfan, president of Cathedral High School, which is located along the proposed gondola route. “The LA ART project could make it easier for Cathedral High School students to access public transit and improve traffic around the school and community on game days.”

At Dodger Stadium, a full-sized gondola cabin exhibit will be on display for the rest of the season. Visitors will be able to experience what it’s like to ride inside an aerial gondola and learn more about the project.,

Learn more about the proposal.