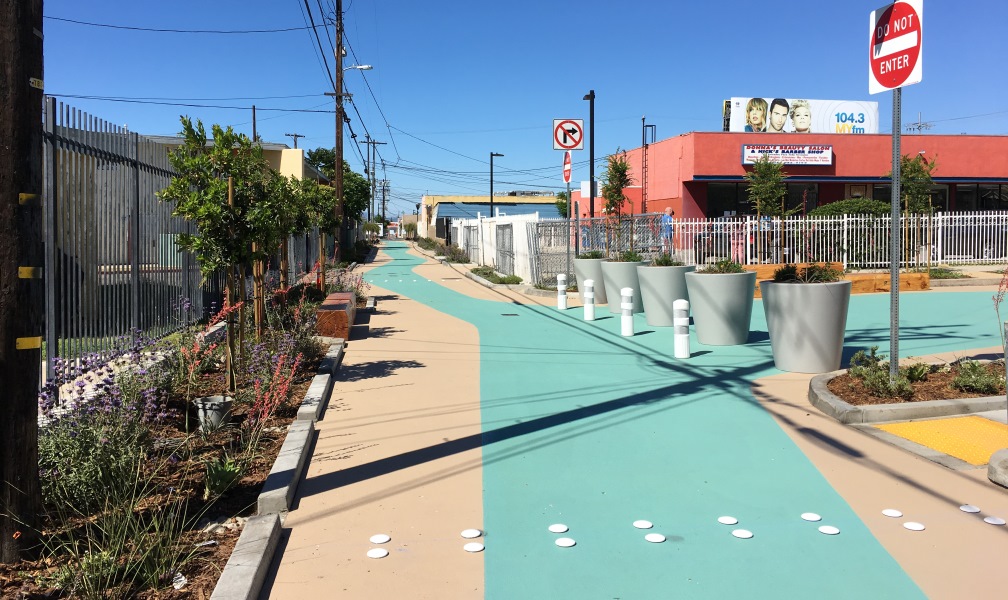 With the urgent need to act on climate change getting more attention at COP26, in Washington and around the U.S., a new report from The Greenlining Institute finds that an innovative California program, Transformative Climate Communities, could be a national model for climate action.

This integration of community revitalization and resilience goals was advanced in the 2020 book, RECONOMICS: The Path To Resilient Prosperity, and is a core component of the certification program for professional Revitalization & Resilience Facilitators. This free Short Course shows how resilience and revitalization efforts are usually based on the same kinds of activities, but often fail because they are pursued in silos…isolated from each other. 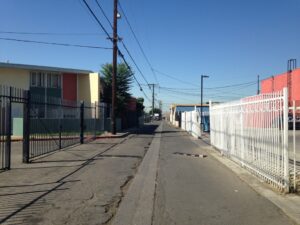 Here’s the “before” photo of the Bradley Green Alley in Pacoima, prior to the area’s Transformative Climate Communities project. The “after” photo is shown at top of the page.

“Redlining and environmental racism left communities of color like South Stockton with the worst pollution, the least green space and the fewest resources to cope with climate disasters. But the people in our neighborhoods know what we need, and can lead us to solutions. That’s what Transformative Climate Communities does. Instead of empowering bureaucrats, it empowers frontline communities to design and implement real change, fighting climate change and building thriving, healthier neighborhoods. This is what the future of climate action must look like, both here in California and around the nation,” he continued.

Five years after the program’s creation, via legislation sponsored by The Greenlining Institute and the California Environmental Justice Alliance, Greenlining conducted a rigorous qualitative evaluation of how TCC’s components work together to deliver equitable outcomes and what improvements might be needed.

The resulting report, Fighting Redlining and Climate Change with Transformative Climate Communities, was published on November 9, 2021, along with detailed case studies of TCC projects in Oakland, Ontario, Stockton & the Northeast San Fernando Valley.

“Redlining and disinvestment made sure that communities of color got stuck with the worst pollution and fewest resources, but TCC empowers those same communities to take control. And TCC treats communities as a whole. Instead of looking at transportation, housing and clean power separately, TCC links them and more together so they all work in harmony. It’s time to expand this model nationally and use the urgent fight against climate change to build healthier, more resilient and prosperous communities for all — not just a privileged few,” she added.

The report’s key findings include:

Photos courtesy of The Greenlining Institute.

Learn more about The Greenlining Institute.