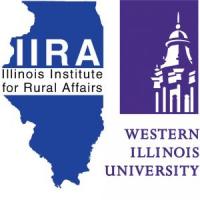 A new report from the Illinois Institute for Rural Affairs is titled Rural Downtown Development: Guiding Principles for Small Cities.

Small city downtowns in rural America are an enigma. It is difficult to generalize about them because they are located in cities that vary considerably in population size, economic base, and location relative to metropolitan areas.

These downtowns, while all essential to their towns and surrounding regions for economic and social reasons, exhibit tremendous diversity in terms of the health of their economy, built environment, and sense of place. They also are often in the shadows of downtown development activities in larger cities that garner most of the attention

from journalists, practitioners, and academics.

The most effective way to address this enigma is not merely to replicate or even adapt downtown development techniques used in urban downtowns. Scale does matter. While some principles used successfully in large cities also apply in rural downtowns, the intrinsic economic, physical, and social variations require an approach sensitive to this difference in scale.

From the three case studies in this report come five revitalization success principles: