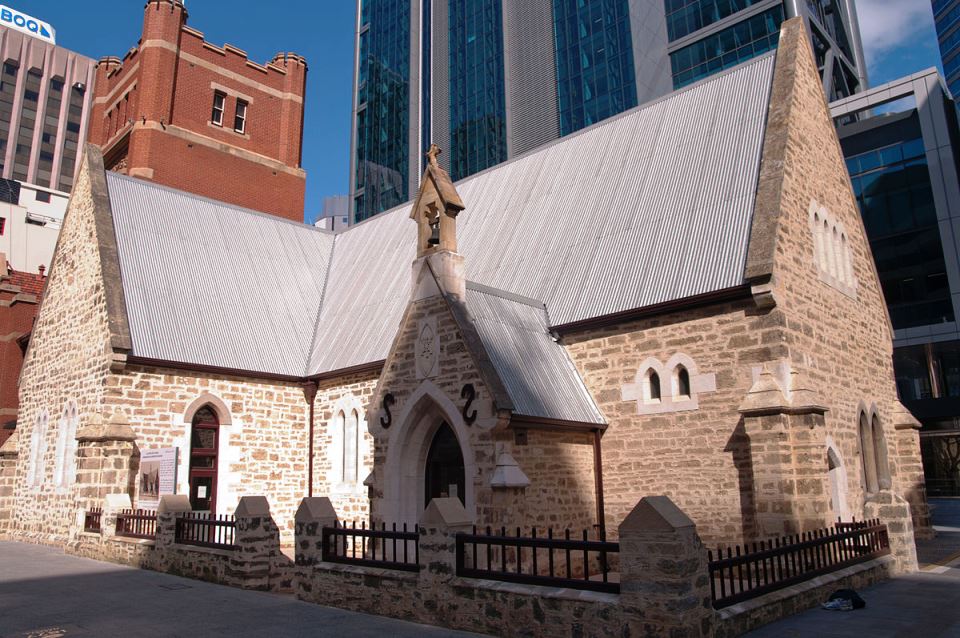 In Perth, Western Australia (WA), the Perth Boys School was established in 1847. Not having a permanent school building, the school initially wandered the city, occupying an assortment of vacant places, such as the Old Court House. 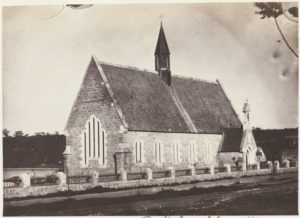 Construction of their own building, on the site of a water-powered flour mill, began in February of 1853, and was completed in 1854. In 1894, due to an increase in population due to the Western Australia gold rush, the figure increased to 346. At the same time, plans were underway for a new Perth Boys’ and Girls’ School, which was completed at the end of 1896 and to which the students were relocated.

After four years of abandonment, the original school building was incorporated into Perth Technical College in 1900. In 1976, the Perth Public Works Department restored the front fence adjoining St. Georges Terrace. In 1977, it was used as offices for the headquarters for the National Trust of Australia (WA), and the Trust did some conservation work on the stone walls in 1978.

In the 1990s, the building operated for use as a retail shop for the National Trust of Australia (WA) and included a bookshop and restaurant. In 1995, the retail outlet was converted for use as a cafe by a private organisation. The Trust re-roofed the building in 2000 – 2001.

In 2015, Curtin University announced it had signed a lease with the National Trust of Western Australia to use the building for a range of shop-front activities.

Curtin worked with the National Trust to complete an internal fit-out of the building during 2015, and more recently, a major green retrofit.

So, how do you take a 4-Star Green Star building to 6 Stars while conserving its unique heritage value?\

“Some of the key technical initiatives included Commitment to Performance and Services and Maintainability Review. These were led by the client with a commitment to ongoing performance, sustainable procurement and end of life performance. Maintainability and monitoring were key focus areas which already aligned with the universities broader management approach,” says Prasanna Suraweera, Wood & Grieve Engineers’ Sustainability Section Manager.

Old Boys Perth School has drastically increased its energy efficiency. GHG emissions are down 55 per cent achieved through reductions in lighting energy (80 per cent), 65 per cent in air conditioning, as well as 15 per cent saving for equipment.

Water consumption was also decreased by 35 per cent.

Feature photo by Gnangarra via Wikipedia (2012).

See full article by the Green Building Council of Australia (with “after” photo).