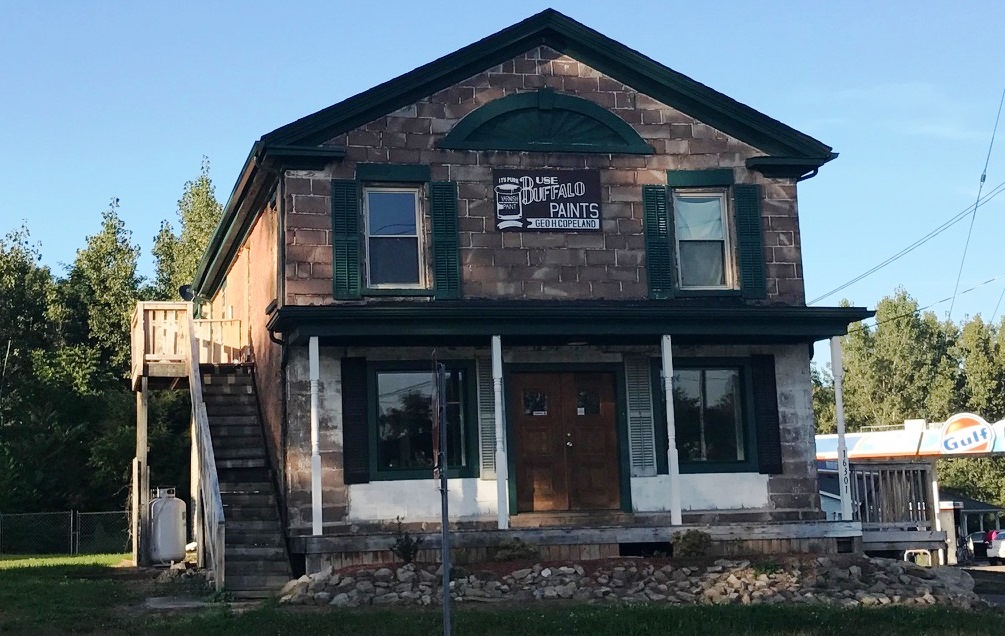 The year 1975 was a tough one for old buildings in Orleans County, New York.

The same year, the old Holley High School, built in 1931, graduated its last class. This Neo-Classical Revival building is located within the Holley Village Historic District, which has been declared officially eligible for listing in the State and National Registers of Historic Places.

Since then, both buildings have had trouble finding new purpose. Until now.

Richard Moy, supervisor of the Town of Clarendon, announced in December of 2018 that the town’s offer to buy the old Stone Store for $47,000 has been accepted by Joe and Sue Fertitta of Hilton.

The Feritta’s rehabilitation efforts over the past five years have spared the building from the wrecking ball. It is now entering a new life as the town historian’s office and records storage facility, which will save the town significant money.

That same week, the Holley community gathered for a Preservation Celebration marking the impending revitalization of the old high school, which sits in the heart of the village.

The school building’s future includes 41 affordable apartments for senior citizens in one section, and office and public meeting space for the Village of Holley in the other section. Construction is expected to be complete in 2020.

Holley’s historic district is a significant collection of late-nineteenth and early twentieth-century commercial, religious, residential, and educational architecture. Between 1825 and the early 20th century, Holley was a small-but-bustling canal-side transportation hub, as well as a center of commercial activity for the surrounding rural, agrarian region.

Featured photo of the Stone Store is Steven Hamsness via Wikipedia.

See article in The Daily News, from which some of the above was excerpted.