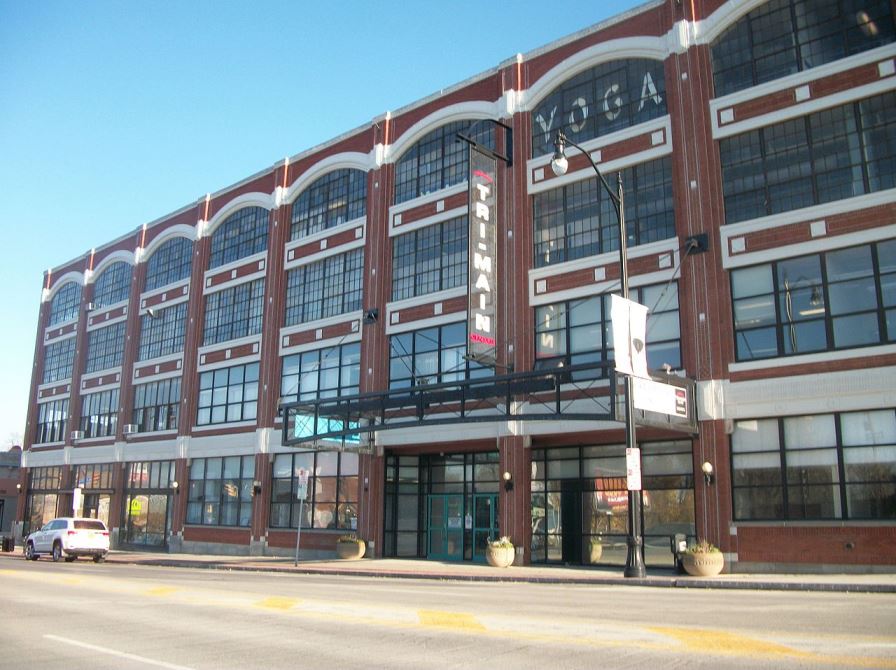 On the fifth floor of the Tri-Main Center on Main Street in Buffalo, New York, the pockmarked concrete floors still bear the faint impressions of painted yellow stripes that once guided workers and machinery through the building during its heyday as an automobile and windshield wiper factory.

But today, they run beneath the drywall partitions that separate the airy studios and exhibition spaces of Buffalo Arts Studio, the center’s longest-standing tenant and a central reason for the building’s success as one of Buffalo’s most visionary and successful adaptive reuse projects.

Buffalo Arts Studio is a not-for-profit arts organization whose mission is to provide affordable studio space and exposure for visual artists while creating community cultural connections through exhibitions, public art, and educational programs.

In the early 1990s, Joanna Angie forged a partnership with Toronto-based developer Elgin M. Wolfe and his partners. They poured $7 million into the building on a long-shot bet that it would draw enough tenants to be successful.

This year, the Tri-Main Center and Buffalo Arts Studio are celebrating the 25th anniversary of the building’s transition from a moribund former factory to a bustling mixed-use center for art and commerce.

The continued presence of Buffalo Arts Studio as an anchor tenant is a testament to the importance of the arts as a scene-setter for broader economic development. In too many cases in other cities, artists and arts organizations have been exploited as mere catalysts of revitalization, and are soon priced out of the very neighborhood they helped bring back to life.

That this hasn’t happened at Tri-Main speaks volumes about the founders visionary approach. It’s been copied, with varying success, in other parts of the city.