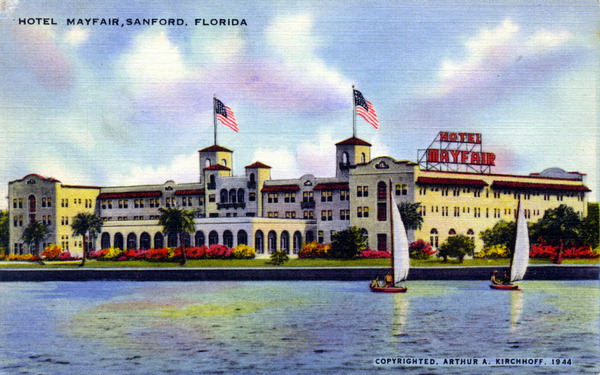 Known as the “Historic Waterfront Gateway City,” Sanford, Florida sits on the southern shore of Lake Monroe at the head of navigation on the St. Johns River, about 20 miles (32 km) northeast of Orlando.

Sanford is home to Seminole State College of Florida and the Central Florida Zoo and Botanical Gardens.

John Revelle has become the second person the past few months to come along with plans to repurpose and renovate an old downtown Sanford, Florida building into luxury lodging.

It’s more good news for Sanford officials, who have long worked to lure shops, restaurants and microbreweries to the historic downtown area, known for its brick buildings, its charming old Florida homes on tree-lined streets, its marina, and its lakefront walking trail. 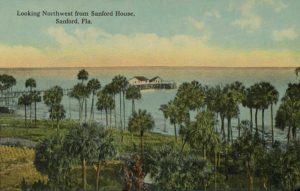 As a hotel in the 1930s, the Mayfair provided wealthy and famous Northerners, including mobster Al Capone and actress Tallulah Bankhead, a place to spend the night. But the 75,000-square-foot building is now vacant.

Officials with Key Performance Hospitality Management estimate the building will need several million dollars of interior renovations, including gutting most of the rooms, installing central heat and air conditioning, adding a new pool, putting in new elevators and beautifying the landscape.

Down the street is the 1922 historic building Revelle’s company, the Sanford Hotel Group, plans to purchase and renovate into a 40-room hotel. It was built by the same construction company that erected the Lincoln Memorial in Washington, D.C., and the landmark Flatiron Building in New York City.

At the time, it was Sanford’s tallest building. One of its first tenants was First National Bank of Sanford, which went out of business in July of 1929, three months before the stock market crash.