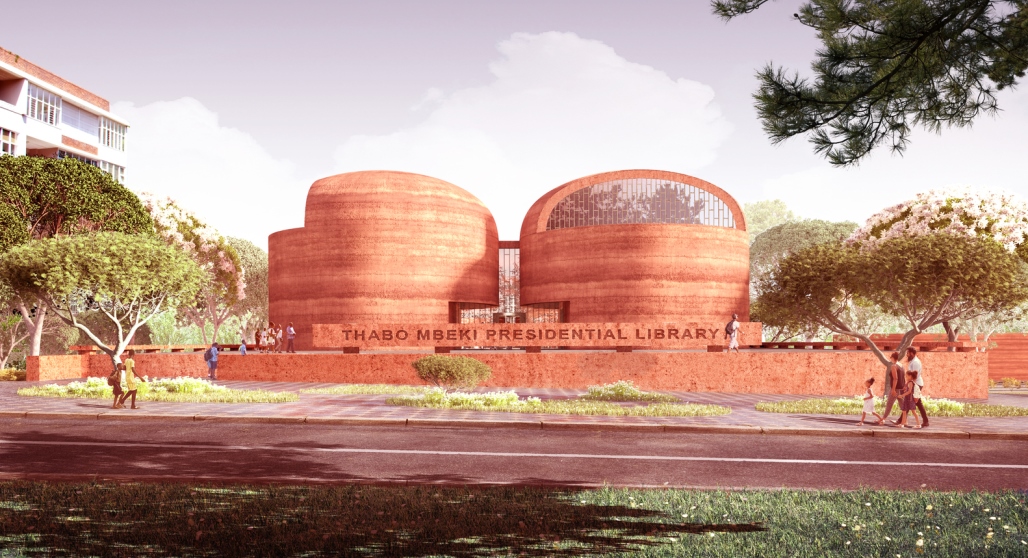 On April 29, 2021 in California, Continuum Partners and Los Angeles Cold Storage submitted a development application with the City of Los Angeles to reimagine, repurpose and revitalize a Downtown gateway site.

As one of the few large Downtown parcels remaining, the 7.6-acre site at 4th Street and Central Avenue will be transformed by Denver-based redeveloper Continuum Partners into a resilient, sustainable community that will provide a variety of housing options and jobs.

“We are very bullish about the future of Los Angeles, particularly Downtown,” said Mark Falcone, CEO and Founder of Continuum Partners. “Our team is especially looking forward to being part of the massive transit infrastructure coming to DTLA, which will reshape the entire region over the next 20 years and help LA lead the nation towards a more equitable 21st century city.”

The project, dubbed Fourth & Central, calls for 1,521 residential units, 401,000 square feet of creative office space, 93,000 square feet of retail/restaurant use, and a 68-room hotel. A master plan of the site, which prioritizes the creation of a permeable and pedestrian-oriented community, proposes a total of ten distinct buildings, ranging in heights from 2 to 42 stories.

The project is a partnership between Continuum Partners and LA Cold Storage, in business since 1895 and the longtime owner of the site. LA Cold Storage President Larry Rauch has operated the site for nearly 50 years and is ready to see the area evolve. Rauch long searched and ultimately identified Falcone as the right partner for this project given their aligned values in neighborhood stewardship and deepening community bonds.

“LA Cold Storage will find a new home at a more fitting location, and our current site will be a new home and community to thousands of Angelenos – that gives me a tremendous amount of pride,” said Rauch. “This property has given me and my family so much, and a new location will afford us the opportunity to expand and best serve our customers.” 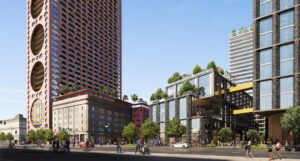 The design of Fourth & Central strives to create a human-scale ecosystem through a collection of buildings that reflect the area’s dynamic character. Each structure is uniquely designed to weave the project into the existing fabrics of the adjacent Arts District and Little Tokyo neighborhoods.

Known for imaginative large-scale, mixed-use urban projects throughout the western part of the country, Continuum Partners is most recognized for the revitalization of the Denver Union Station Neighborhood & Transit Center, a highly successful new urban community, incorporating multi-modal transit, retail, hospitality, housing, and pedestrian-oriented design into a long-neglected area.

“Fourth & Central is part of the evolution of DTLA into a dense, walkable, bikeable, and durable 21-century community that preserves the character and history of the neighborhood,” said Falcone. “We’re thrilled to have an opportunity to add a mix of housing options and community-minded placemaking so close to the job-producing and creative core of Los Angeles.”

The project’s master plan and project architecture are by Los Angeles-based Studio One Eleven, a firm recognized for its thoughtful approach to urban infill.

Two marquee buildings are designed by David Adjaye, a globally renowned architect best known for the National Museum of African American History & Culture in Washington, DC. This will be Adjaye’s first ground-up building in Los Angeles. 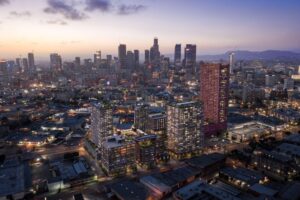 “Working with David Adjaye and his team, we’ve designed an open, street-level plan that incrementally connects with the neighborhood, providing diverse buildings, a rich mix of uses, and abundant green space – all human-scaled and accessible,” he added.

While there have been several developments and proposals for sites east of Alameda Street over the last decade, Fourth & Central marks a new paradigm for transit-oriented development west of Alameda.

“We’re encouraged that community-minded developers like Continuum Partners are looking to invest in responsible development that creates living wage jobs and housing opportunities for a mixture of income levels in this part of the City,” said Kevin Murray, CEO of the Weingart Center, a leading non-profit serving homeless individuals with the basic tools necessary to stabilize their lives, secure income, and find permanent housing. “They’ve demonstrated a willingness to address the issues we face on the ground daily.”

Creating deep and strong bonds within the communities they work is ingrained into the mission of Continuum Partners. For the last 20 years, the company has embraced transformative projects that create meaningful change and opportunities for urban spaces to thrive.

“Mark’s leadership on the important Union Station Transit Center in Denver was a critical contribution to its success,” said Phil Washington, current CEO of LA Metro and former CEO of the Denver Regional Transportation District. “Continuum delivered on every commitment they made to the community members and leaders of the region.”

Continuum Partners has embraced big picture projects, leaning into the types of developments that can offer transformative change and opportunities.

“Continuum has been involved in some of Denver’s most important and defining projects over the last 20 years,” said Denver Mayor Michael Hancock. “I can affirmatively say that Mark and his projects demonstrate the thoughtful, considerate care we know our cities and communities deserve.”

Construction is anticipated to begin on Fourth & Central in 2024.

All images courtesy of Adjaye Associates and Studio One Eleven.