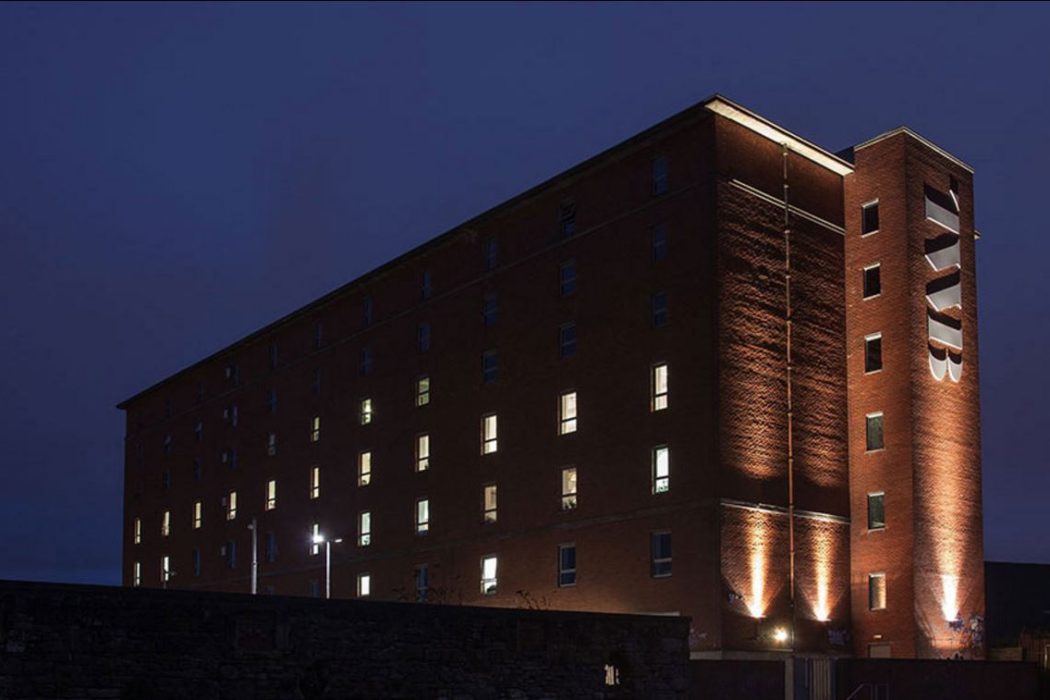 The Whisky Bond, a former whisky distillery along the canal in Glasgow, Scotland has been transformed into a 100,000 sq. ft. creative factory for the city, with shared values of independence and innovation at its heart – a place for renegades, optimists, and game-changers to succeed.

It opened in April of 2012 as a joint venture partnership led by Isis Waterside Regeneration and has since attracted around 60 businesses and more than the same number of artists to take up residence across its office and co-working spaces.

Occupancy rates are now 70 percent, and as further investment goes into regenerating the north of Glasgow Ms Teeling is confident the facility will continue to provide affordable studios for artists and young emerging creative businesses, helping companies to collaborate and develop businesses models that become self-sustaining.

While its biggest tenant is Glasgow School of Art’s archive department, other residents include Alba Orbital, which has developed Europe’s cheapest and lightest satellite, and contemporary watchmaker Nomad Watches.

Now, it’s cementing its support of creative microbusinesses by converting vacant spaces aimed for larger firms with ten to 20 employees into further small units suitable for start-up and firms with one or two employees.

“All small and medium spaces are occupied,” said Helen Teeling, director at Taktal, the creative agency that specialises in managing space and event, which looks after the bond. “The larger ones for more established companies are available so what we’ll do is sub-divide them into smaller units that are a bit more manageable for small creative businesses.”

“Because of the scale of the building, there’s scope to [attract] diverse companies, but we need to be mindful we don’t dilute that,” said Ms Teeling. “There needs to be a mentality of complementary interests. For example, there’s a lawyer who has a flexible membership, who works with creative companies, so that taps into the eco-system.”

As the new home of Glasgow Sculpture Studios, and with 4 floors of creative workspaces above, it’s a radically new kind of space – a project fully aligned with emerging 21st century culture, characterized by: