On August 9, 2017, Italian architecture firm Carlo Ratti Associati announced the upcoming renovation of a former 19th century military complex in Turin, Italy, that will turn the site into a testing ground for an open-source approach to architecture. 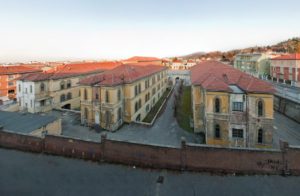 This is just the most recent example of a global trend, whereby former military installations are repurposed into more-imaginative and humane structures. They are often at the core of urban regeneration programs.

Other recent projects of this kind include Hong Kong’s Victoria Barracks, Singapore’s Dempsey Hill, and London’s Chelsea Barracks. Locally, the project aims to establish a new community made up of local residents, students and temporary workers, and digital manufacturing laboratories. 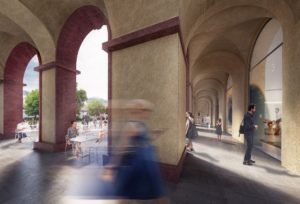 The renovation’s design offers a fresh take on the barracks’ characteristic modular structure, which will be updated and reimagined to welcome a new mix of functions for co-living, co-making and co-working: from labs for Makers to residences for students and locals. The redevelopment strategy encourages bottom-up growth, without imposing any fixed notions of how the space should be used.

The vacant Caserma Lamarmora complex, named after a general who fought for Italian Unification in the 1840s, comprises a porticoed main building and six smaller barracks. Each of these edifices reveals a common structure, based on an arch-shaped unit of approximately 80 square meters.

With its design, Carlo Ratti Associati enhances the modular character of the building, opening it up to multiple uses which will ultimately be determined by its future occupants, in accordance with open-source principles. 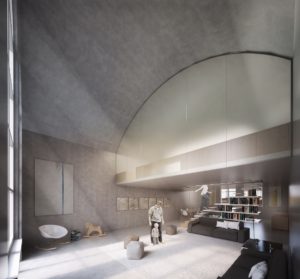 The complex boasts over 150 units, allowing for a lively, ever-changing overlapping of functions. “This project does not dictate how people should use the space – rather it allows the space to evolve organically, through a continuous process of renewal, improvement, and adaptation of individual spaces”, says Carlo Ratti, professor at MIT in Boston and founding partner of Carlo Ratti Associati.

“To borrow Dutch theorist John Habraken’s metaphor, our design provides the structure and the technical foundation, but the actual infill will be up to the inhabitants. We believe that such a hybrid approach is crucial to achieve a true user-driven, open-source approach* to the built environment,” he explained.

The renovation will also help to rejuvenate the vast area between the buildings, currently hidden behind a walled structure. This will allow for the creation of a new 100-meter long, 60-meter wide public square, accessible via large flight of steps, that will be an ideal location for events and performances.

The project will thus give Turin an iconic new public space, similar in scope to Piazza Vittorio Veneto, Turin’s best known landmark as well as one of Italy’s largest squares.

“While others are building walls, we are giving our contribution by demolishing some of them on this site”, says Antonio Atripaldi, project leader at Carlo Ratti Associati. The design also pays tribute to the central role that the building played during WWII. 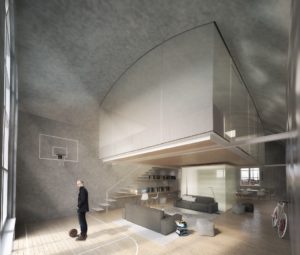 Built in the last decades of the 19th century, the Caserma Lamarmora later became the location where fascist police imprisoned partisans and political opponents.

More than 400 people died in the building, with evidence of the executions still visible in traces on the barracks’ walls. Over seventy years later, one of the barracks is set to become a museum focused on the Italian resistance movement.

“We wanted to acknowledge the building’s tragic history, by being as respectful to the original structure as possible”, adds Atripaldi: “While we have discreetly played with the modules, the most visible evidence of our intervention is the opening of the central square. With this project, we aim at transforming a former Place of Arms into what we may call a ‘Place of Arts’”.

Initially presented to Turin’s City Hall in Spring 2016, the project has been evolving since then, in accordance with feedback from the community and local authorities. The actual renovation is expected to start in 2018.