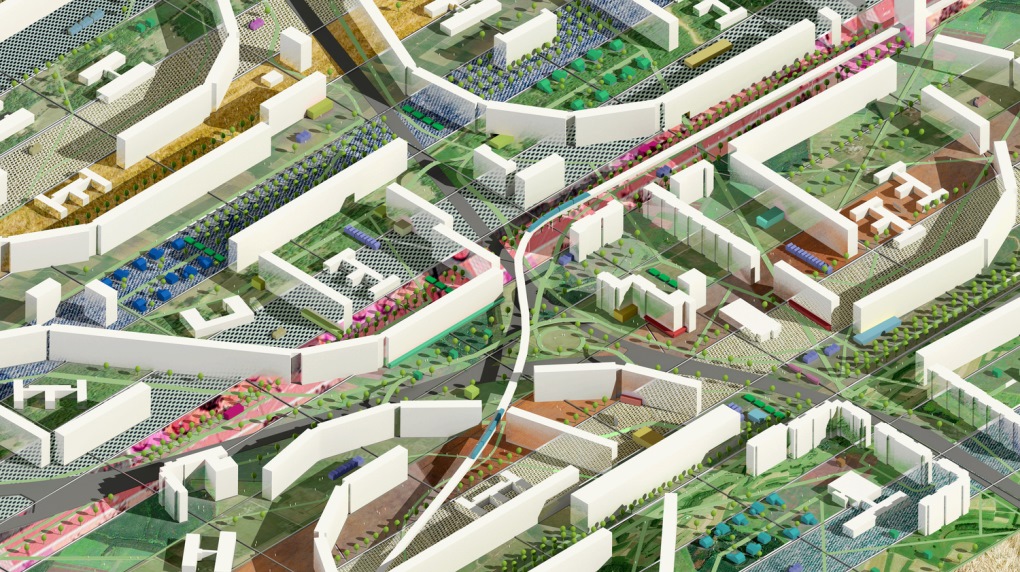 Amidst efforts to revitalize and improve urban centers, the peripheral areas of cities are often ignored or forgotten. The intense focus on the downtown core means, in terms of land use, that only a relatively small area receives the majority of designers’ attention. 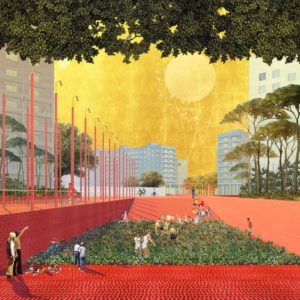 Taking the idea of the “superpark” from the 2013 study, “Archaeology of the Periphery,” the yardstreet project presents an alternative method of viewing the periphery of a post-Soviet city.

The project currently focuses on Moscow, but the idea is that it could be widely adaptable and applicable to any urban area. Dvorulitsa would create cohesion and consistent development within Moscow’s peripheral residential districts.

95% of Moscow’s total area is considered to be part of this periphery, which is also home to 90% of the city’s residents. Utilizing the existing space between large apartment blocks, the yardstreet takes this empty, uncared for area and creates a comfortable, purposeful space.

Not solely a place of transit, the yardstreet becomes a destination in itself, bringing the district together into a cohesive whole. Each yardstreet adapts to its unique neighborhood context and needs, while the broader network created by these individual yardstreets enables a larger-scale impact on the city.

The beauty of the Dvorulitsa project is that it accepts the reality of areas that are currently considered undesirable and utilizes their full potential. The yardstreet provides the amenities of the city center while retaining the best qualities of the residential districts: quiet, tranquility, and open green space.

By repurposing space that is currently unused, urban land is used more efficiently and the local residents are empowered to take charge and take pride in the land around them.

In this way, repurposing, renewing and reconnecting (AKA: the 3Re Strategy) the properties of the urban periphery can revitalize the city center, without ever actually working on the city center itself.

Read full article by Megan Schires, including an interview with Yuri Grigoryan, founder of Meganom, and Alena Shlyakhovaya, the project’s leader and initiator.