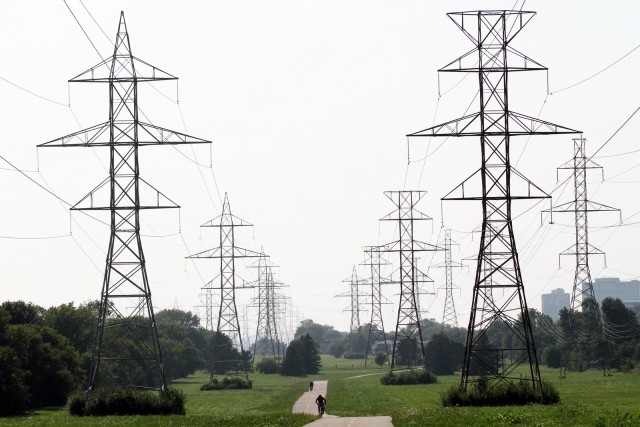 Some of Toronto’s hydro corridors could be yielding fruit and vegetable crops in time for next year’s harvest as a fresh pilot project plants roots.

Plans for four market gardens–-a cross between a farmer’s market and a community garden–-are sprouting through a collaborative effort between the City of Toronto and Toronto Urban Growers, a local urban-agriculture group.

“There’s a real shortage of land in the city for growing food on, and a lot of people looked at the hydro corridors and thought that they could be repositioned for the purpose of growing food and for educating people on where food comes from,” says James Kuhns, co-coordinator of Toronto Urban Growers.

Back in 2012, the City published the GrowTO action plan, on which Toronto Urban Growers acted as consultants. That plan looked at ways to spur urban agriculture in Toronto. Working with Hydro One to free up more land was on the to-do list.

Currently, the City has a license with Hydro One giving the municipality access to about 750 acres of the utility company’s corridor land to use for things like trails, pedestrian walkways, and gardens.

Of the proposed pilot sites, Flemingdon Park and Taylor Massey already fall under this license. The other two, Morningside Heights and Rexdale between Queens Plate Drive and Flagstaff Park, would be added later.