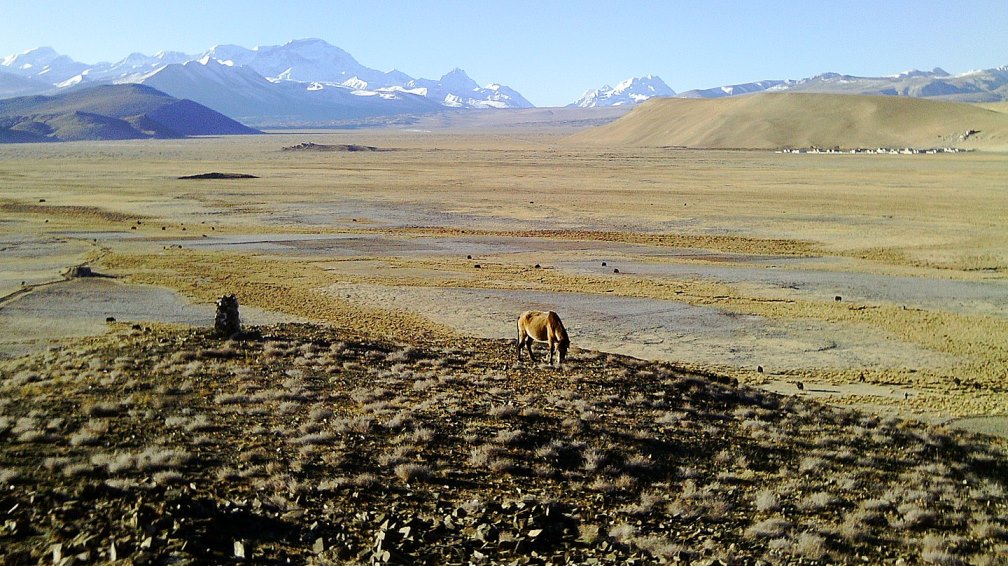 The Qinghai‐Tibet Plateau is called the “Roof of the World”. Besides livestock production, this high plateau also provides a variety of other ecosystem services, including fiber production, carbon sequestration, maintenance of the biodiversity (conservation), and recreation.

Alpine grasslands in the Qinghai Tibet Plateau have however been regionally degrading. In the 1990s, the degraded grassland area was estimated to be approximately 4.0 × 107 to 6.0 × 107 ha, about 33% of the total grassland on the Qinghai‐Tibet Plateau.

In an attempt to alleviate the problem of grassland degradation on the Qinghai‐Tibet Plateau in China, state and local authorities in 2003, initiated the “Retire Livestock and Restore Pastures” ecological engineering program, requiring the use of enclosure fencing to enable grazing exclusion and rotational grazing.

Under rotational grazing, higher standing herbage biomass and species diversity were required to maintain or increase sheep liveweight, compared with continuous grazing. Temporal distribution of precipitation and temperature had more influence on alpine grassland parameters, than did grazing.

Results of this study suggest that herders’ local traditional knowledge and expertise might be useful in modifying Government guidelines to fine tune grazing management with the dynamics of the alpine meadow ecosystem, and that it is important to consider equilibrium and non‐equilibrium theory in formulating a policy which benefits both herders and grassland.

Traditional continuous grazing at a carefully chosen light stocking rate appears to be the most appropriate way to manage livestock and grassland in this region.

Photo of typical landscape in the Qinghai‐Tibet Plateau is by StateStreet via Wikipedia.