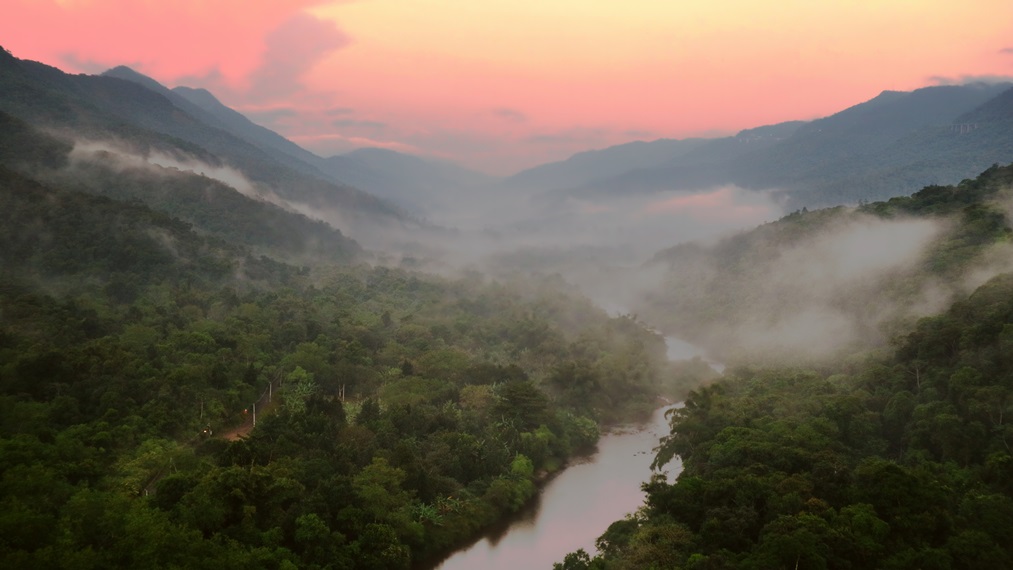 On May 17, 2019, some new restoration ecology research in Brazil was announced, and it’s guaranteed to provoke controversy. The study claims that—in order to mitigate the effects of the global climate crisis—there are advantages to using significant herbicide spraying and intensive fertilization in reforestation programs.

The experiment was conducted in an area of Brazilian Atlantic Rainforest, and it suggests that intensive silviculture (the growing and cultivation of trees)—including the use of herbicide and substantial amounts of fertilizer—is a more effective approach to promoting the regeneration of tropical forest and biomass gain than the traditional method based on manual weeding and less fertilizer.

The study was supported by the São Paulo Research Foundation (FAPESP). The principal investigator was Pedro Henrique Santin Brancalion, a professor of native species silviculture in the Forest Science Department of the University of São Paulo’s Luiz de Queiroz College of Agriculture (ESALQ-USP) in Piracicaba, São Paulo state.

Researchers affiliated with the French Agricultural Research Center for International Development (CIRAD) also participated, as did other Brazilian scientists affiliated with São Paulo State University (UNESP) in Botucatu and the Federal University of Santa Catarina (UFSC). The results are published in Ecological Applications, a journal of the Ecological Society of America.

As Brancalion explained, forest restoration is considered strategic for climate change mitigation, since the vegetation sequesters carbon from the atmosphere as it grows.

“Developed countries, such as Norway, have put in place programs to help neutralize carbon gas emissions through their economic activities,” he said. “Companies issue calls for reforestation proposals to offset part of the emissions from their factories, and many international nonprofits raise funds from companies interested in investing in restoration projects using native species in Brazil.”

According to Brancalion, maximizing woody biomass accumulation to obtain early payments for carbon stocks is essential to the financial viability of reforestation programs for climate change mitigation.

Intensive silviculture, traditionally applied in commercial forestry using eucalyptus and pine to maximize productivity and profits, is widely advocated as a promising approach to enhance woody biomass accumulation in restoration plantations. However, Brancalion explained, critics of this approach claim that it may hamper natural forest regeneration and ecological succession owing to competition between colonizing plants and planted trees.

“In several situations, you have to plant native species. How can you ensure these areas with new native trees maximize the carbon stock? We sought answers by conducting a controlled native tree planting experiment,” he said.

The experiment was conducted at ESALQ-USP’s Forest Science Experiment Station near the town of Anhembi. The area was donated to the University of São Paulo (USP) in 1974 by CESP, then a major electric power utility, for academic and scientific purposes. Since that time, it has been used for research on the introduction, conservation and genetic improvement of exotic and native tree species, constituting an important germplasm repository for the global forestry sector.

“In this area of Atlantic Rainforest, we investigated the impacts of different silviculture approaches applied to restoration plantations in terms of both woody biomass accumulation and the spontaneous regeneration of native species,” Brancalion said.

Experiments involving trees, many of which grow slowly, take a long time to come to fruition. In this case, the study began in 2004 in an area of pasture covered by the exotic signalgrass, Urochloa decumbens, which is widely used for cattle fodder in Brazil.

“We tested three main strategies,” Brancalion explained. “In the first, a large proportion of the selected species were pioneer species, which are small to medium in size, hardy and fast growing, and require an abundance of sunlight. The ideal composition we sought was one that resulted in a large carbon stock while also permitting the regeneration of species similar to those found in native forest rather than a mere stand of trees without regeneration.”

Brancalion explained that pioneer species are the first to regenerate in a restored forest. They are fast-growing trees with low wood density and tend to die early, at an age of approximately ten years.

“They play an important role in recolonizing forest clearings and degraded areas, as they rapidly form a forest structure,” he said. “Nonpioneer species grow more slowly and last decades or centuries.”

“The second strategy focused on tree density per hectare planted,” said Brancalion. “We wanted to find out whether tree density maximized carbon stocks or whether, on the contrary, a lower density reduced competition among plants and hence enabled trees to grow more and store more carbon.”

“We collected many measurements over a period of 12 years. The different techniques we tested resulted in very different forests in terms of carbon stocking, which ranged from 25 to 75 tons per hectare,” Brancalion said.

Tree density and the ratio of pioneer to nonpioneer species did not significantly affect the carbon stocking rates. The factors that determined optimal results in all cases were herbicide spraying and intensive fertilization.

“The total number of trees and a larger proportion of pioneer species were factors that did not significantly influence biomass accumulation,” Brancalion said.

“The second question we set out to answer was whether planting seedlings would trigger a regeneration process that would produce a biodiverse native forest or merely a planted stand. We also wanted to know if bolstering carbon stocks would hamper the regeneration of native species“, he  added.

“The final outcome was the optimal scenario, featuring synergy between carbon stocking and native species regeneration, which was an excellent result.”

The study was funded by FAPESP under its Research Program on Biodiversity Characterization, Conservation, Restoration and Sustainable Use (BIOTA), as well as the National Council for Scientific and Technological Development (CNPq) and Petrobras.

Featured photo of Atlantic Rainforest in Serra do Mar, Sao Paulo, Brazil is via Adobe Stock.