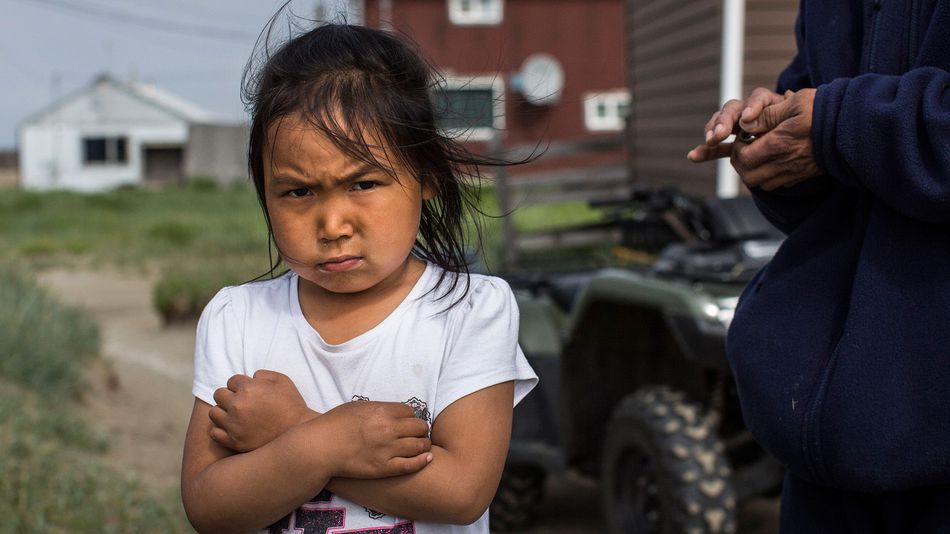 Residents of the Alaskan village of Shishmaref, perched precariously on an island in the Chukchi Sea, are voting today on whether to relocate due to global warming-related erosion. The island is located about five miles from the Alaskan mainland.

Shishmaref, which has a population of about 600, many of whom are Alaska Native Inupiaq people, is one of a number of communities in the Frontier State that is considering relocating as sea ice cover recedes and erosion takes a larger toll on their land.

If the community of Shishmaref votes to relocate, it won’t necessarily mean that residents will simply pack up and move further inland.

Instead, it’s likely that a prolonged local, state and federal process will play out over who will pay for such a move, given that Shishmaref residents are not responsible for the vast majority of global warming pollutants that imperiled their homes and businesses.

In 2005, the U.S. Army Corps of Engineers estimated the cost of moving all the residents of Shishmaref to higher ground on the Alaskan mainland at $179 million, which, at the time, worked out to $300,000 per person.

The mayor says that much of the construction on needed infrastructure in the village stopped after that vote, despite population growth.