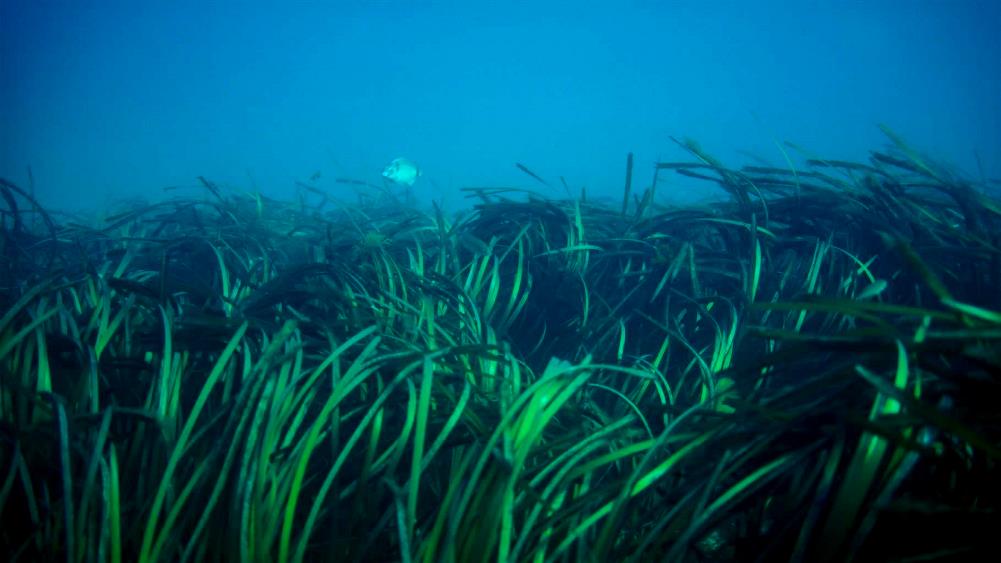 Restoring damaged or dying seagrass beds holds enormous potential for improving the health of coastal ecosystems, but restoration projects have a mixed record of success. Plants often die and entire plots can be lost after an area is replanted. These losses are often particularly severe in open coastal areas that are exposed to constant wave action and periods of intense storms.

Now, a research team may have found ways to overcome those challenges. Ester Serrão, associate professor at the University of Algarve in Portugal and a 2017 Pew marine fellow, published a study in March of 2019 in the journal Frontiers in Marine Science that found that plot size, grass species, and time of planting all affected the success of restoration efforts. Most notably, Serrão and her team found that 6-square-meter initial plot sizes may overcome a key instability threshold.

Successful restoration projects will benefit coastal areas and estuaries all over the world. These underwater plants improve water quality and clarity by trapping and removing sediment and nutrients suspended in the water column, and act as a nursery and food source for juvenile fish and shellfish.

Seagrass roots and rhizomes stabilize sediment in the seabed and prevent resuspension of particles during storm surges. Large, established beds protect shorelines and help limit coastal erosion. In addition, seagrasses capture and trap carbon from the water as they grow, acting as a sink, sequestering and storing carbon dioxide from the atmosphere. 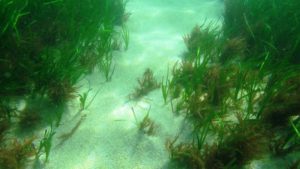 Like many other coastal ecosystems, seagrass meadows are declining worldwide. These important habitats have been shrinking by about 7 percent annually since 1990 and have declined by almost one-third in distribution since the late 1800s.

To combat these declines, scientists and conservationists have been undertaking seagrass restoration projects for nearly 70 years.

Restoration in open coastal shorelines is challenging logistically and environmentally. These projects can also be more expensive than in more sheltered estuaries, where they typically occur, due to the greater need for divers and safety equipment.

Storms and high wave energy can quickly erode planted areas or stir up sediments that bury seagrasses and block light, which is particularly damaging for young seagrass beds that are not yet full of well-rooted plants. However, once meadows grow large enough, their rooted rhizome networks stabilize the surrounding sediments, making them more storm resistant.

“Storms, however, are the biggest threat,” said Serrão. “Because they can move sediment that can cover plants completely, quickly reverting the area back to an unvegetated seafloor.”

She and her team set out to identify the factors that influence the long-term persistence of well-rooted, established plants that can withstand extreme storms and periodic grazing by marine herbivores.

They focused on a marine protected area in southern Portugal that was once an extensive seagrass bed of approximately 30 hectares (74 acres) and is now part of a national park. The seagrass had disappeared by 2007, primarily due to boat mooring and anchor scarring from seasonal influxes of recreational vessels and clam dredgers.

The team believed that human disturbances likely fragmented the meadow, creating smaller patches that were more vulnerable to storm surges and other stresses such as overgrazing than a larger, contiguous meadow would have been.

Team members transplanted mats of seagrass during the spring, summer, and fall starting in 2008. They then monitored the restored areas three times per year during the eight-year project, studying which seagrass species survived best, the ideal season to transplant, and the plot size that offered the best long-term viability.

Although all the transplants survived in the short term, many were not able to withstand winters with strong storms, which shifted sediment from the seafloor and covered the grasses or blocked their sunlight. The team found the most promising results with eelgrass (Zostera marina), especially when transplanted during spring and summer, when growth is fastest and the water is calmest.

They also found that only the larger planting areas persisted and expanded over time. In fact, the largest transplanted plot of Z. marina persisted over several years, increasing to 103 square meters during the study, overcoming storms and some intermittent grazing by fish.

The three plots of 6 square meters or greater survived a major storm in March 2018, with near-hurricane force winds that destroyed structures on the coast. The authors suggest that future habitat restoration efforts focus on larger areas and that further study could determine the minimum plot size needed to maximize the chances of success in restoration efforts.

This article by Polita Glynn—project director for the Pew fellows program in marine conservation—originally appeared on the website of The Pew Charitable Trusts. Reprinted with permission.