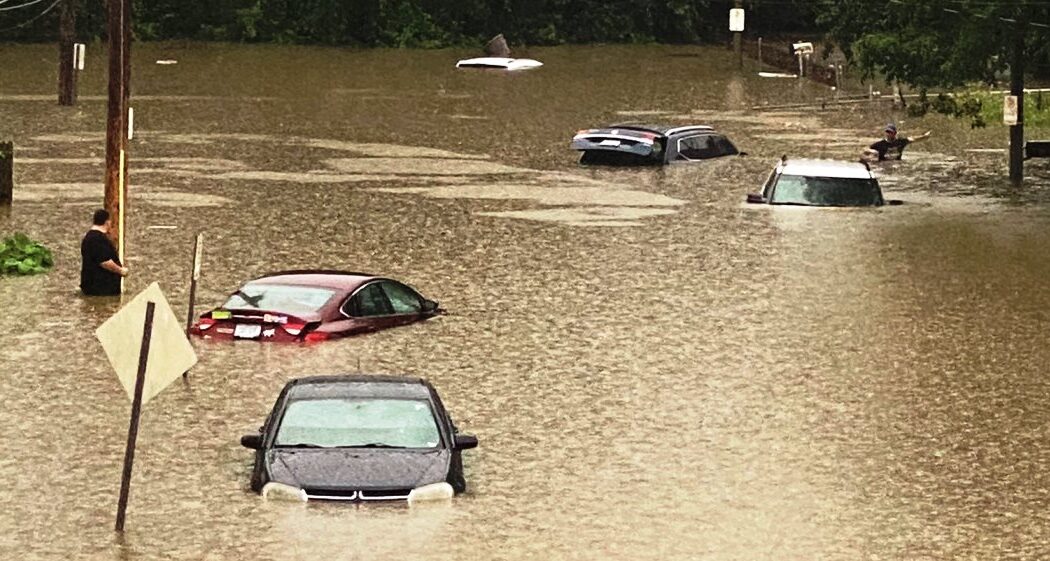 Millions of Americans currently live under heat advisories, wildfires threaten communities big and small, over 100 million Americans experience the plight and uncertainty associated with drought, and communities across the country face flooding from a season’s worth of rain that falls in a matter of hours.

As of this writing on August 3, 2022, the massive deluge of rain in Illinois marks the third 1-in-1000-year rain event in the lower 48 U.S. states in about a week, joining St. Louis, Missouri, southeastern Kentucky and other recently-flooded areas of the U.S.

In the wake of criticism over President Joe Biden‘s recent failure to declare a national climate emergency, the White House has documented what his administration has so far accomplished regarding the climate crisis.

Here’s what the Biden administration said on August 1, 2022 about their climate progress to date:

We know that the impacts of the climate crisis are here and that we must invest in building resilience to protect our communities, infrastructure, and economy. That is why today, Vice President Kamala Harris is in Miami, Florida to announce over $1 billion for 53 states, territories, and D.C., to improve their infrastructure and make communities more resilient, with an emphasis on increasing resilience to the impacts of climate change and extreme weather events.

These awards, which will be distributed through the Federal Emergency Management Agency’s Building Resilient Infrastructure and Communities (BRIC) Program, are double the funding from last year’s historic $500 million. Next year, this funding will more than double to $2.3 billion, boosted by the Bipartisan Infrastructure Law.

The President and Vice President’s key actions include:

Photo of flooding in St. Louis, Missouri on July 26, 2022 courtesy of weather.gov