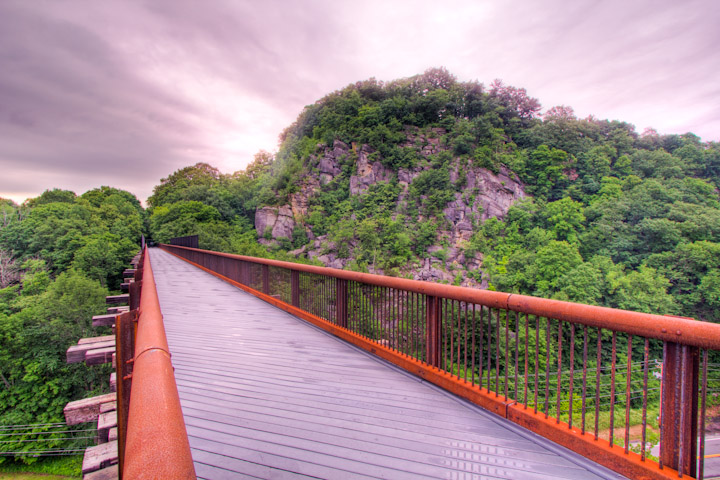 The Open Space Institute and Wallkill Valley Land Trust (WVLT) are very happy to announce that the historic, 118-year-old Rosendale railroad trestle will officially be reopened to the public as a pedestrian walkway over the Rondout Creek following a grand opening inauguration was held June 29, 2016.

The trail will be accessible to walkers, hikers, bikers and horseback riders, but no motorized vehicles.

The completion of the trestle restoration nearly fulfills OSI and WVLT’s goal of a continuous, 24-mile recreational rail trail running from the southern border of the town of Gardiner to the city of Kingston.

In August of 2009, OSI and WVLT partnered to acquire 11.5 miles of railroad bed that doubled the length of the rail trail, expanding it through Rosendale and Ulster, and on to Kingston. The centerpiece of this protection effort was the historic trestle—150 feet high, 940 feet long and a vivid landmark providing views of the Shawangunk Ridge, Joppenbergh Mountain, and the Binnewater Hills for all to enjoy.

The two organizations partnered to raise $1.5 million to fund the restoration of the trestle, once part of an active railroad that ferried Ulster County produce down to markets in New York City. Major support for the campaign came from the New York Office of Parks, Recreation and Historic Preservation, the Samuel Freeman Charitable Trust, Dyson Foundation, the Rondout-Esopus Land Conservancy, the Friends of the Shawangunks, the Mohonk Preserve, and more than 110 individual donors.

“This is far and away the biggest project the Wallkill Valley Land Trust has ever undertaken and we could not have accomplished it without the enthusiasm and commitment of our volunteers,” said Bob Taylor, WVLT’s president.

During the last phase of the restoration, professional construction workers and carpenters contributed weekend hours to installing the decking materials. Over four weekends, volunteer teams braved wind, rain and blazing sun to make this project a success.