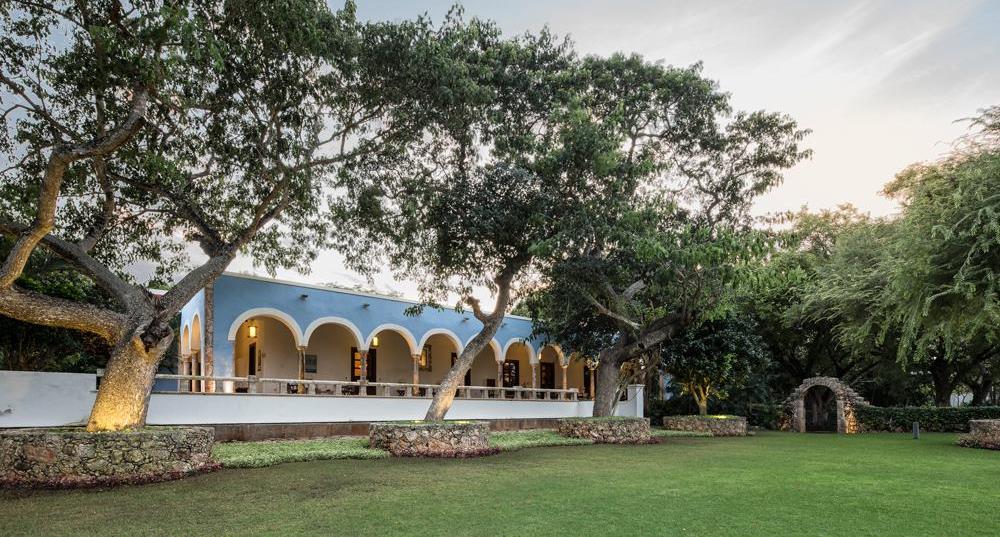 The Mexican architecture firm Central de Proyectos has completed a gorgeous restoration and reactivation of the old Hacienda San Antonio Chablé to create a new hotel. 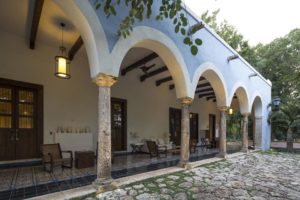 As a result of their painstaking work, the Prix Versailles honored Chablé as the “Best Hotel in the World 2017” and Conde Naste Traveller put Chablé on their 2017 list of “Best New Hotels in the World“.

The restoration project consisted of renewing and adapting the ancient buildings that make up the main settlement of the hacienda, as well as the open spaces, squares and gardens surrounding them. The hacienda, whose first records obtained date from the year 1813, began as a corn and livestock farm, and later as an henequen fiber production site. 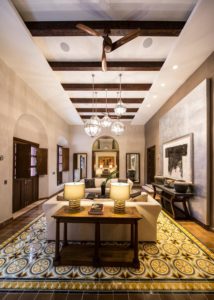 In order of construction, the hacienda complex is made up of a square surrounded by the main house, the administrator’s house, orchards and their irrigation canals, livestock pens, machinery room, the courtyards and an eclectic styled portal, surrounded by workmen dwellings.

The main house presented serious structural problems in much of the building, whose arches and roofs were at risk of collapsing due to years of stagnant rainfall and a poor drainage system.

In order to rescue the structures of an imminent collapse, the original constructive systems were used, taking advantage of the new elements restored to incorporate new technologies of lighting, voice and data according to the new use. The semi-basement and lower arches, which housed grain cellars in the early stages of the hacienda, were also restored and adapted for new activities. 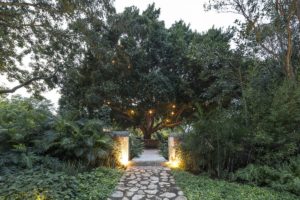 While in some spaces and buildings the original construction system was restored, in other cases the intervention criteria contemplated the preservation and consolidation of ruined spaces to evidence the passage of time, the action of nature and the place’s historical value.

In exterior spaces such as squares, pens and orchards a rescue of the vegetal landscape was carried out. 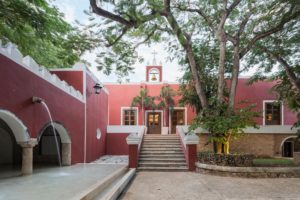 Years of abandonment kept them under a thick layer of weed, preventing the normal development of existing trees and affecting the space for local culture of ingredients needed in the hotel. In that sense, more than 3000 new plants were incorporated, both decorative and consumer.

As part of the main hull assembly a cenote (underground water cavern) was found. With the help of a multidisciplinary team we carried out the cleaning and rehabilitation of its natural waterflows, generating the heart and image of the new hotel. 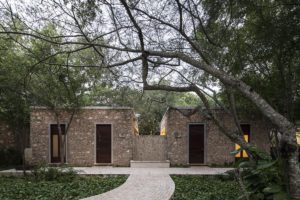 Chablé offers 38 Casitas and 2 expansive Villas. Each casita is purposely situated within the lush gardens where nature can be enjoyed to its fullest. The original 19th century walls of the working hacienda serve as the framework for every casita, and incorporates modern touches, warm woods and traditional Mayan architecture to make Chablé a true work of art. Every room has a view and every view is a living part of the Hacienda.

Chablé’s culinary offer was designed by acclaimed Chef Jorge Vallejo. His restaurant Quintonil in Mexico City was recently awarded as the #22 by “The World’s 50 Best Restaurants”. Under his leadership, Luis Ronzón our Executive Chef enhances the gastronomic experience at our three restaurants – Ixi’im, Ki’ol & Spa Restaurant- which is based on organic & seasonal cuisine mostly sourced from the on-site traditional Maya Gardens.