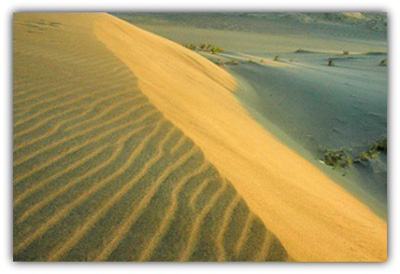 The Bantul Geospatial Information Agency (BIG) will commence restoration work on the sand dunes on Depok Beach, Bantul regency, Yogyakarta, Indonesia in September, 2015 as a way of protecting the world natural heritage site from further destruction.

The agency’s head, Priyadi Kardono, said restoration was urgent because some of the dunes had been converted into housing complexes, eateries, karaoke parlors and other entertainment spots while others had been turned into shrimp ponds.

“We will do the restoration by clearing the area of housing, ponds and other buildings as they are destroying the natural environment,” Priyadi said in Yogyakarta recently.

The restoration of the sand dunes, he added, would also involve the community by employing local people as tour guides for the nature tourism associated with the area.

Among the points of interest would be the folklore surrounding the black stone in the middle of the sand in Parangkusumo, the hot springs and the origins of the sand dunes.

“That way tourists will not come just for the sand dunes but also for the tales about their origin etc,” Priyadi continued.

Head of Yogyakarta Provincial Public Works, Housing and Energy and Mineral Resources Agency, Rani Syamsinarsi, said the status of the sand dunes as a world natural heritage site would be made clear in its spatial planning in the detailed engineering design (DED). “It can no longer be interfered with,” Rani said.

[As for the necessary evictions and demolitions] “This is not a problem of relocation but a matter of livelihood. People have for years run eateries and hostels in the area around the sand dunes,” he said. [The illegal permits were usually obtained by bribing local officials.]