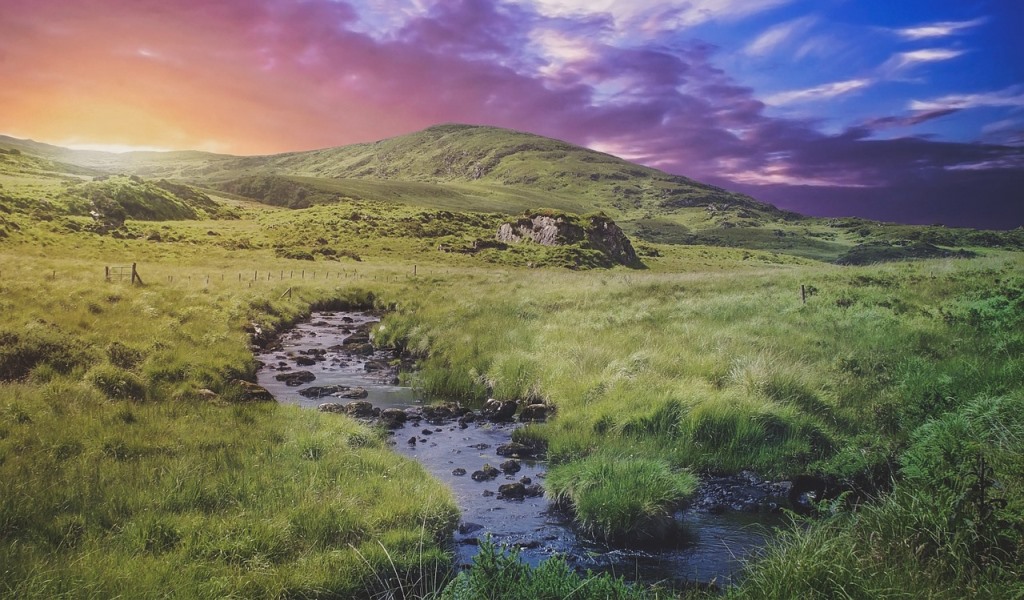 A much-needed social network for global ecosystem restoration has just been created. The Zurich, Switzerland-based university ETH has spun-​off its Restor initiative.

Restor aims to increase the success rate of ecosystem restoration and conservation projects by connecting people with better data and ecological transparency. To do this, it combines practical knowledge on the ground with data from ecosystem researchers and satellite imagery.

Tom Crowther, an ETH professor of global ecosystem ecology, likes to bring together personal commitment to the environment with efforts on a global scale. For an example, take a daily cup of coffee. 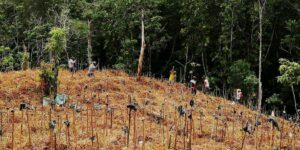 Reforestation projects are a well-​known facet of restoration, but ecological restoration takes many forms. (Photo by Simeon Max, Restor AG)

Crowther aspires for a future where most Zurich cafés will feature a sticker from Restor, the ETH spin-​off he recently founded. Customers will pull out their smartphone, scan the QR code on the sticker, and within seconds receive all the key details about the restoration project their coffee purchase supports, including its location, its various tree species, and its potential for CO2 storage.

“Restor will make the whole world of environmental conservation and restoration accessible on any smartphone,” Crowther says. “We did this by developing a kind of Google Earth to guide the restoration of all types of Earth’s ecosystems.”

By providing easy access to all the key data of an environmental project, Crowther hopes to better harness the potential of global ecosystem restoration in the fight against the climate crisis, and allow every one of us to engage in the restoration movement. And this potential is huge: according to his calculations, massive reforestation could capture about 30 percent of the excess carbon emitted worldwide to-​date.

Counting trees with machine learning The 34-​year-old ecologist came into the spotlight in 2015 with a model that links data from satellites with that of environmental researchers. This enabled him to calculate for the first time that Earth is home to about 3 trillion trees, along with a global network of scientists and researchers. Crowther does not see himself as a lone researcher, but equally as part of a global movement to combat the rapid loss of biodiversity. For instance, he now also serves on the advisory board of the UN Environment Programme’s Decade on Ecosystem Restoration initiative. 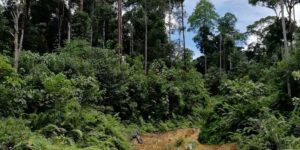 A team mate of Crowther Lab ventures deep into a rainforest located in Indonesia to support a restoration project. (Photograph: Restor)

Crowther belongs to a generation of ecologists whose main working tools are huge data sets and sophisticated algorithms. They apply machine learning specifically to identify relevant patterns in mountains of data.

Crowther leapt to prominence in 2019 with a publication in the journal Science. He and his team calculated that there are 0.9 billion hectares theoretically available for natural forest regrowth.

An area of that size could provide a home for just over 1 trillion trees, which could absorb enormous amounts of carbon from the air. The study fuelled hopes that the climate crisis could be addressed through reforestation. Subsequently, the “Billion Trees Campaign” of several environmental organisations was expanded to a “Trillion Trees Campaign”.

However, some scientists argued that the team had overestimated this potential and that some of their assumptions were flawed. Further criticism claimed that the ecologists had miscommunicated the study findings, raising hopes that climate goals could be achieved without immediate and consistent reductions in CO2 emissions.

Crowther and his team signalled their willingness to discuss the issue, owned up to their mistakes in communicating the findings, stressing that “tree restoration is not a silver bullet for climate change, as it is one of thousands of approaches that we urgently need”. At the same time, however, the enormous response in the media and the scientific community confirmed that the research had touched a nerve and that ecosystem restoration is an essential tool in the fight against the climate and biodiversity crises.

The 30-​strong Crowther Lab has developed a new model for the spin-​off’s web platform called Restor. This model allows researchers to systematically determine which tree species are native to a particular location. It takes into account climate data, temperature, precipitation, and soil parameters such as pH and silt content, drawing on data from over 60,000 scientists around the world.

But most importantly, the locations of over 32,000 restoration and conservation initiatives have been registered on the platform. Those projects will all receive free access to those ecological insights, but at the same time, the general public will now be able to see those projects, monitor their developments, and connect with them to support their efforts.

To create the data-​driven web platform, Crowther Lab collaborated with Google Earth Engine developers. Together, they came up with a view that enabled users to locate the data on interactive maps and read it easily. 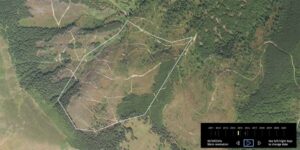 Every tree we can see: Restor’s satellite imagery shows ecological landscapes up to 30 cm.

Now, users can zoom in on specific regions at a resolution of up to 30 centimeters and mark areas on the map to learn more about their restoration and conservation potential.

This gives them answers to questions such as: How much CO2 could be captured if we conserved and protected a natural wetland? Which species would be most suitable for my agroforestry plantation? Where would passive natural regeneration make more sense than active restoration?

Thus, the platform is aimed not only at researchers, but also explicitly at project managers of restoration projects as well as farmers and foresters. “They are also our most important source of data because they know the conditions on the ground best,” Crowther says, pointing out: “The more data they enter into our platform, the more accurate the system becomes.” Users can decide for themselves whether to make their data visible to everyone or make it available only to researchers for anonymized evaluations.

In addition, Crowther assures potential users that “we don’t sell data – not even to Google.” Their collaboration with the American tech group is limited to the technical implementation of the web platform. Scientific interest in current data from restoration projects is high, so the Restor platform is a bit of a gold mine for the researchers affiliated with it, and the data will only be available to the academic community.

Crowther stresses that restoration is incredibly challenging, requiring an intricate knowledge of local ecology, but also the social situation. It is estimated that only about 30 percent of reforestation projects today are successful. He believes that access to ecological data may help to overcome some of these initial hurdles. In Restor, he sees an opportunity to change that.

“Every entry helps us to increase the success rate and thus stem the loss of biodiversity.” Tom Crowther Restor increases transparency, too. In the future, anyone with a smartphone and an internet connection will be able to check for themselves whether a particular restoration project is being carried out sustainably, whose project it is, and how it is developing. But he stresses that the biggest challenges to restoration success are the social and economic challenges.

If Crowther has his way, Restor will also evolve into a kind of social media channel for people interested in ecology. The platform lets them network, learn from each other, and plan new conservation and restoration initiatives together. He additionally intends to integrate funding opportunities through foundations, international donors and carbon offset mechanisms into the system.

Restor currently has eight employees in its Zurich office. As a non-​profit company, it is owned by a foundation established specifically for this purpose. Environmental scientist Clara Rowe was hired as Restor’s CEO. Crowther presides over the foundation and ensures a direct line to his research group at ETH. His goal is for another 10,000 restoration projects to register on Restor by the end of the year.

In the future, the spin-​off plans to expand the platform into a kind of eco-​services marketplace. That means a fruit importer in Switzerland could use Restor to find a farmer in Ghana who not only cultivates pineapples, but is also committed to biodiversity on site. By importing pineapples from Ghana, the Swiss company would then be making a small contribution to greater sustainability in its area of business.

The next step will be to open the platform to all interested parties – including that little café in Zurich with the Restor sticker on the counter, for which selecting suppliers is a way to take a stand against the progressive destruction of the environment.

Featured photo of Ireland by Brin Weins from Pixabay.