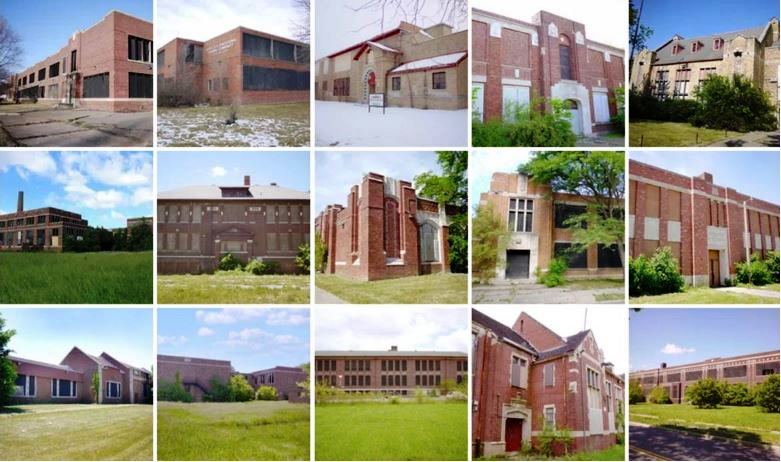 As documented in last year’s bestselling book, RECONOMICS: The Path To Resilient Prosperity, one element of creating an effective vision to drive a revitalization process is gathering the data needed to fully understand both the challenges and the opportunities.

A vacant buildings survey is one obvious step in that process of creating a restoration economy, but many cities neglect to do one. Some cities have land banks that do such inventories, but they tend to focus primarily on residential structures. Cities that have lost a significant portion of their peak population—such as Detroit, Michigan—tend to also have a large number of vacant commercial, industrial and public buildings.

These are a challenge, but they are also an opportunity: they can be the ingredients of revitalization.

With that in mind, Detroit has just published their first Detroit Vacant Historic School Building Study Report, which is the result of a one-year assessment of vacant schools in Detroit conducted by the City of Detroit in 2020.

The objective of this project was to complete a holistic, comparative study of 63 vacant historic-age school properties (VSPs) in Detroit, including 39 owned by the City of Detroit (City) and 24 owned by the Detroit Public Schools Community District (DPSCD) and to make recommendations regarding their redevelopment potential.

One key goal of this project was to develop a set of metrics and strategies that can be broadly applied to VSPs across the city in order to assess, prioritize, and market them for redevelopment.

A second major goal was to identify the opportunities and challenges of preserving, rehabbing, and reusing historic vacant school buildings, and imagine new futures for these special places. The study serves as a comprehensive tool to guide effective decision making around the disposition of these properties.

The report analyzes each vacant school according to the following criteria:

Image courtesy of the City of Detroit.