A new study released on March 12, 2021 reveals that rewilding a landscape significantly boosts both jobs and volunteering opportunities. “Restoration economy“-style jobs up by 47% as new “myth-busting” evidence emerges from Rewilding Britain.

Rewilding marginal land can significantly boost job numbers and volunteering opportunities while increasing action to restore both local nature and our global climate, the new research shows. An analysis of over 20 sites across England covering over 75,000 rewilding acres between them has revealed a 47% increase in full-time equivalent jobs and a nine-fold increase in volunteering opportunities.

The data also shows that food production can continue on marginal land that is rewilding, with all of the sites continuing to generate income from food production, livestock and other enterprises – puncturing myths by demonstrating that rewilding in Britain is not about land abandonment or ceasing food production.

Rewilding Britain has analyzed data from the 23 sites as part of its role catalyzing practical rewilding through support to landowners. Many are part of the charity’s new Rewilding Network, which is bringing together landowners, farmers, land managers, community groups and local authorities from across Britain. 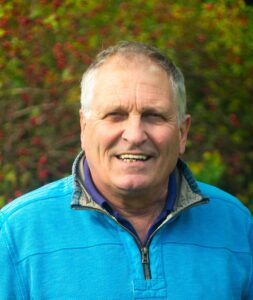 “Our findings on green jobs should be music to the Government’s ears. They spotlight rewilding’s potential for creating economic and other opportunities for people – while restoring nature and tackling climate breakdown,” said Rewilding Britain’s Director, Professor Alastair Driver, who carried out the data-gathering and analysis.

“Many of us knew that real-world rewilding projects produce food and create new job and volunteering opportunities alongside offering major biodiversity, flood risk, water quality, health and carbon sequestration benefits – but even we under-estimated the extent to which they do so,” he added.

A variety of different-sized farms, estates and sites owned or managed by private landowners, charities and public bodies was studied. They include Upcott Grange Farm in Devon, Pirbright Ministry of Defence Ranges in Surrey, RSPB sites at Haweswater and Geltsdale in Cumbria, WWT Steart Marshes in Somerset, and Norfolk’s Wild Ken Hill estate.

The sites cover a combined total of 122,547 acres, of which 75,261 acres are rewilding – mostly on poorly productive or non-agricultural land, showing how rewilding can boost opportunities on marginal land while co-existing alongside farming for food on more productive land.

Jobs data was available for 22 of the 23 sites. Across these areas combined, full-time equivalent jobs increased by 47% – from 151 before rewilding began to 222 afterwards, over an average of 10 years. The variety of jobs involved also increased significantly, with many of the new jobs focused on nature-based tourism, monitoring, restoration activities, informal recreation, livestock management and education.

There was a remarkable nine-fold increase in volunteering opportunities, with associated benefits for people’s physical and mental health and wellbeing. On the 19 sites for which pre-rewilding data is available, the combined number of volunteers has soared from 50 to 428.

“These are really positive findings. This volunteer engagement boom brings with it physical health benefits from being in a nature-rich environment, the mental wellbeing and feel-good factor from being involved in such exciting and worthwhile projects, and opportunities to learn new skills,” said Alastair Driver.

All of the sites still support grazing animals. Livestock data, available for 15 of sites, shows livestock 54% lower than previously, solely due to reductions in sheep numbers – but with numbers of cattle, pigs and ponies all increasing slightly.

“Natural grazing is an important part of healthy ecosystems – so as part of our practical support for farmers, we encourage appropriate replacement of native but missing wild populations of elk, wild boar and extinct cattle called aurochs with their closest equivalents. Small numbers of widely roaming rare breed cattle, ponies and pigs can closely replicate the natural grazing impacts of formerly native species,” said Driver.

There have been species reintroductions on 10 of the sites, with further introductions planned on most of those areas and on another six sites – the most numerous being beaver, white stork and water vole.

Driver concluded, “We will continue to add new data as it becomes available and publicise the results as they emerge, but our findings already are an impressive source of optimism – and illustrate why rewilding should be mainstreamed as an option for landowners in government policies. We‘re grateful to all the projects which shared the data and information with us. The results are a positive reminder that people are at the heart of rewilding – to make it happen and to benefit from it.”

Rewilding Britain is calling for nature restoration across 30% of Britain’s land and sea by 2030, with 5% of this being core rewilding areas of native forest, peat bogs, moorlands, heaths, grasslands, wetlands, saltmarshes, kelp beds, seagrass and living reefs, and with no loss of productive farmland. Alongside this, the charity is calling for Government financial incentives to support more nature-friendly farming.

Although Britain should be teeming with wildlife, populations of species – from songbirds to insects to plankton – are collapsing, with some 56% in decline and 15% threatened with extinction.

Rewilding Britain wants rewilding—the large-scale restoration of nature to the point it can take care of itself—to flourish to reconnect people with the natural world, sustain communities, and tackle the extinction and climate crises.