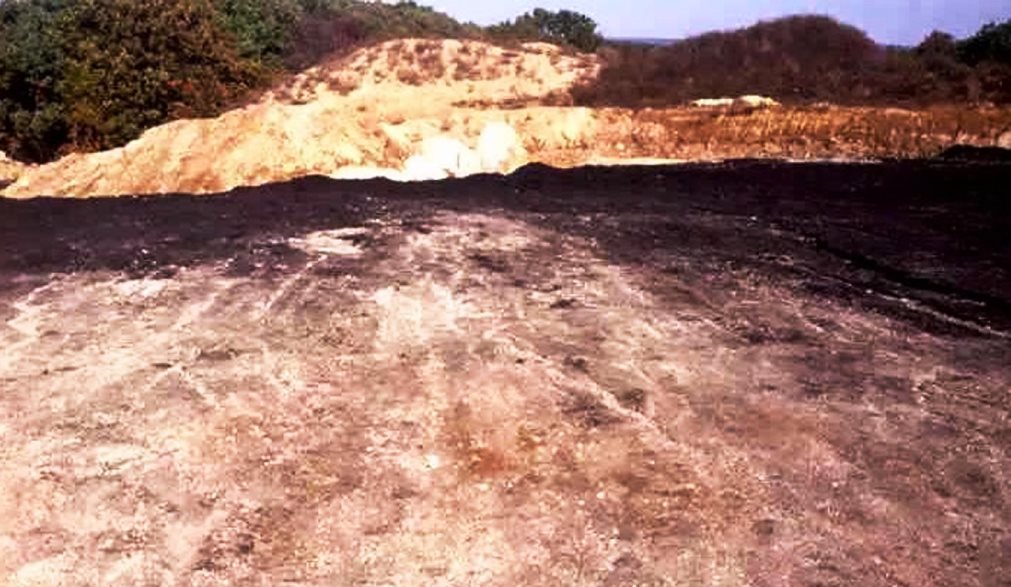 On July 28, 2020, the Missouri Department of Natural Resources’ Land Reclamation Program awarded a contract to Carl R. Jones Excavating and Hauling of Fredericktown, Missouri to conduct reclamation activities at an abandoned coal and clay mining site identified as the Westminster Reclamation Project, located in Fulton.

This 8-acre project will reclaim a 300-foot-long highwall that is actively slumping. Additionally, a waterbody will be backfilled to make the area safe.

The U.S. Department of the Interior’s Office of Surface Mining collects and disburses funds to state and tribal abandoned mine land programs.

Services are provided to the landowner at no cost to them.

“To date, Missouri has received $102.4 million in grants and cooperative agreements from U.S. Department of the Interior to conduct reclamation work in Missouri,” said Larry Lehman, the department’s Land Reclamation Program director.

Staff with the department’s Land Reclamation Program work closely with landowners and contractors to ensure mined land is returned to a suitable use and the adverse effects from mining operations are mitigated.

Funds for this project come from a surcharge on each ton of coal mined in the United States, as authorized by the Surface Mining Control and Reclamation Act of 1977.

Abandoned mine land reclamation took a giant step forward in 1977 when the U.S. Congress enacted Public Law 95-87 (the Surface Mining Control and Reclamation Act of 1977, or SMCRA). The act outlined specific requirements for the reclamation of lands mined after May 2, 1977. It also established programs and funding for reclaiming abandoned mine lands.

In January 1982, Missouri received approval from the Office of Surface Mining of the U.S. Department of the Interior to operate the abandoned mine land program and to conduct reclamation work in Missouri. The Abandoned Mine Land, or AML, section is a part of the Land Reclamation Program, or LRP, which also administers Missouri’s reclamation laws for active mines.

Public Law 95-87 requires that the AML section reclaim the highest priority abandoned coal mine sites before addressing problems created by mining other commodities. Therefore, the AML section presently addresses only problems caused by coal mining. The order in which most abandoned mine land is reclaimed is determined by classifying the land into one of three categories:

The Missouri Department of Natural Resources is the administrative authority working through the Land Reclamation Commission.

Photo of similar site is courtesy of Missouri Department of Natural Resources. Shown is the Fireclay Mine in Osage County, Missouri, prior to reclamation.

Learn more about reclamation in Missouri.