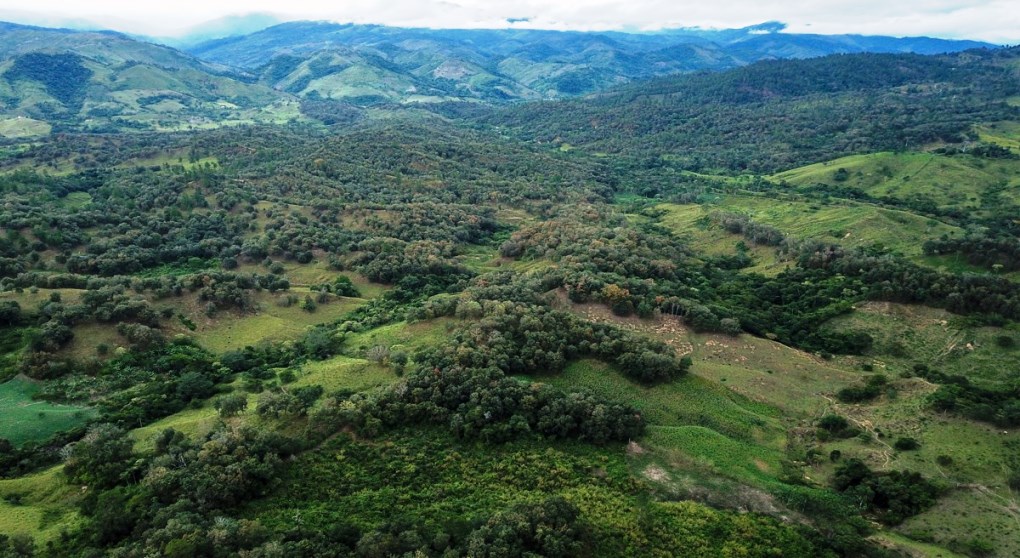 Throughout my 10 years working in international development and climate policy, I’ve mostly heard colleagues talk about the private sector as if it were this intangible, multifaceted being with its own business lingo that is impossible for us policy experts to tackle:

“The private sector needs a return on investment in order to act on climate.”

“The private sector does not have the right incentives but we need private capital to solve this crisis.”

UN organizations and multilateral climate and environment funds work almost entirely with public institutions and governments. So when it comes to raising the bar on contributions to the Paris Agreement, climate change adaptation, and climate finance, it seems the ball falls into the governments’ court.

As if by having governments shake hands and sign proposals we would magically solve the climate crisis.

Here’s an idea: Create a robust business case–whether it is by showing return on investments or economic losses due to inaction—for businesses to financially back a Paris Agreement Nationally Determined Contribution (NDC) or National Adaptation Plan (NAP) and you will activate most of the domestic heavy-lifting need to make these plans a reality.

In Latin America, we see an urgent need for public-private collaboration on climate change. As far as climate justice goes, the region is on par with most African and Asian peers: their contribution to global warming is less than that of the USA and Europe. However, the mega-biodiverse region remains highly vulnerable to climate change. Economic growth is fueling more carbon emissions, and climate-resilient development is vital.

The International Monetary Fund says that Latin American economies are growing at a slower rate than previously anticipated, and well below rates of other regions, largely due to tightening of global financial conditions and lower commodity prices. Low investment in human capital and entrepreneurship means economic inequality and a vulnerable middle class continues to be an issue in a region that is already over-dependent on natural resources.

This socio-economic situation is further exacerbated by ever more catastrophic weather, along with changes in rainfall patterns, and temperature. It’s projected that a temperature rise of 2.5°C could have a negative impact on the Latin American Gross Domestic Product of 1.5 to 5 percent.

To make matters worse, grant and donor funding from multilateral climate and environmental finance sources is going down, partly due to the region’s ‘middle income’ status; meaning governments are expected to use non-grant instruments to mitigate emissions or to adapt to climate change. The bleak reality is that we can no longer rely on grant-funded projects to cut down emissions, or to urgently adapt to the already devastating effects of climate change.

Is the region ready?

But, hold on. Remember the private sector? What is the contribution of wealthy investors, small entrepreneurs, and banks to this puzzle? Should they care? Is the region ready?

The good news in Latin America is that opportunities for private capital investment, which has significantly grown in recent years. Venture capital investment jumped from US$500 million in 2016 to US$2 billion in 2018; an all-time high. There is also a growing sense of business opportunity amongst regional, national and private banks, investors, and entrepreneurs who understand the implications of climate risks in their value chains, operations, and portfolios.

Honey and cocoa cooperatives in Guatemala have established climate-resilient value chains by understanding the outstanding risks of climate change to their businesses. UNDP has served as a connector for these partnerships and supported projects which are the vehicles for these fascinating initiatives.

Policy makers are approaching businesses, corporations and investors to see how they can finance such plans. Such is the case of Uruguay, Ecuador and Chile, where UNDP and partners, including Global Environment Facility and Green Climate Fund, have been instrumental.

With the Latin America and Caribbean Climate Week approaching, including the Regional NDC Dialogues organized by UNDP in partnership with UNFCCC, we have another opportunity to welcome the private sector to the discussion table. Regional and national banks, NGOs, think-tanks and consulting firms will all convene in Salvador de Bahia, Brazil, along with government representatives from across the region, to find ways of working together to fight climate change.

Photo of landscape in Honduras is © UNDP Honduras.

This article by Claudia Ortiz originally appeared on the UNDP website. Reprinted here (with minor edits) by permission.