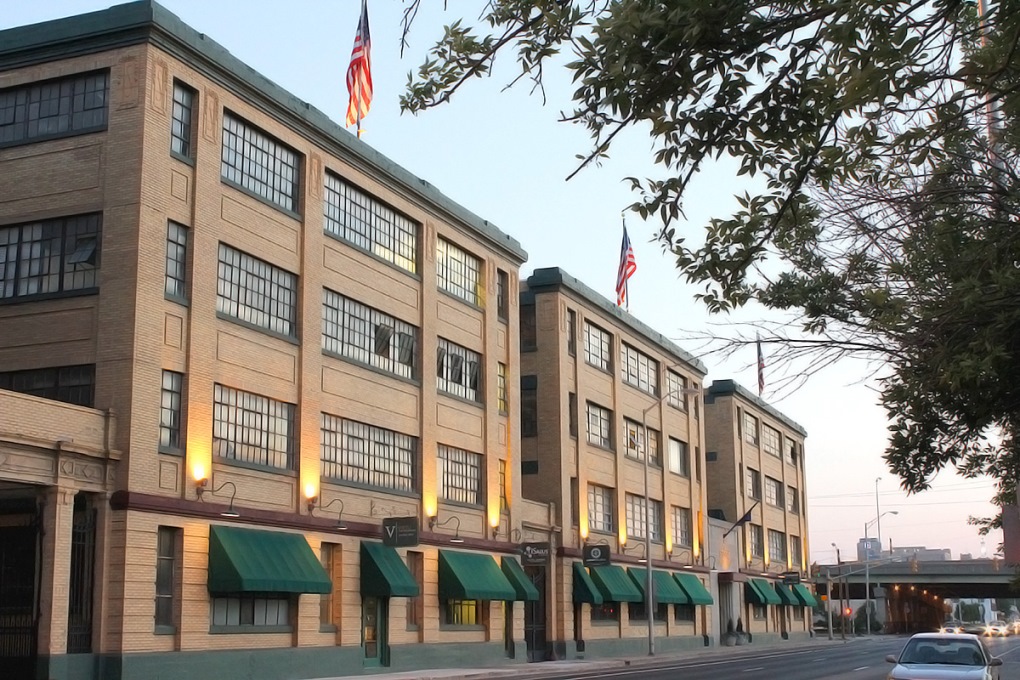 Built in 1912 as the home of the Stutz Motor Car, the sprawling 400,000 square foot factory in downtown Indianapolis, Indiana spans an entire city block.

The repeatedly-reused and repurposed property has had several owners over its storied 109-year history, including Eli Lilly and Company. Today, the revitalized Stutz building is home to more than 200 unique and specialty businesses. Now, the structure is about to enjoy another phase of rejuvenation. 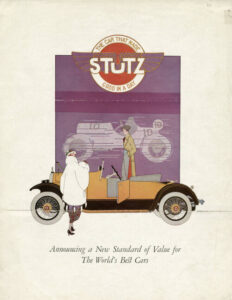 Recently, Turner Woodard, owner of the Stutz Factory since 1992, announced a recapitalization with SomeraRoad, a New York and Nashville-based real estate firm specializing in restoring and modernizing historic and unique properties.

SomeraRoad plans to guide a long-term redevelopment and modernization plan. Woodard and his son Turner John (TJ) will retain a minority ownership and consult on the redevelopment efforts.

“The time is now, the time is right,” says Woodard. “We have had a lot of success with saving and developing the Stutz factory over the past 28 years. We made a lot of progress, as downtown has grown up around us, but it’s time to let our new and innovative partners add to and update the factory with modern features and amenities. This building has all of the authenticity that tenants want today, and we believe SomeraRoad has the experience and skillset to take it to the next level.” 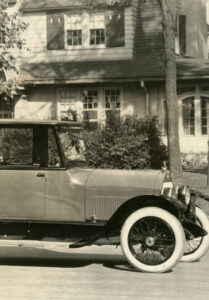 Woodard, an Indianapolis resident and adaptive reuse developer, purchased the building in 1992 with the vision to save and restore it, but not alter the factory. Ahead of his time, Woodard envisioned a business center for small and mid-sized companies where they could flourish in a truly unique entrepreneurial atmosphere!

When Turner and his wife Diann took a gamble to buy the property in 1992, the skyline of Indianapolis didn’t look anything like today. Many of the buildings and venues now associated with downtown were not yet built.

Circle Centre Mall and the Artsgarden came along in 1995, Victory Field and the Murat Centre in 1996, Emmis Communications in 1998, Banker’s Life Fieldhouse and the NCAA Headquarters in 1999, just to name a few. The new millennium brought another wave of downtown development, Simon headquarters, White River State Park, Lucas Oil Stadium and the Conrad Hotel all added validity to Turner’s downtown “experiment.”

Prior to Turner’s purchase, the Stutz Factory was not in great shape and slated for the wrecking ball. Edna Woodard, Turner’s mother and a volunteer on the Indiana Landmarks Foundation, made the connection to save the property. Everyone on the foundation felt it shouldn’t be torn down, but no one knew what to do with such a large structure in downtown.

Enter Turner Woodard with a solution. 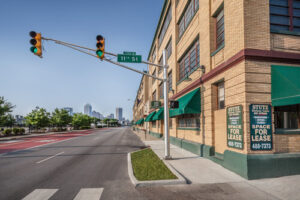 “I was already in the warehouse and storage business with a small 30,000 square foot operation on Michigan Road just north of 56th Street, so in a way it made business sense. Then after first touring the building with flashlights only because the electricity was turned off, I came to learn the State of Indiana was leasing 100,000 square feet on the 4th floor, so the warehouse concept really started to come together,” states Woodard.

“No sooner did I purchase the property and set up my office there, when I got a phone call from a gentleman who owned a chain of Chinese restaurants. I’ll never forget when he said he needed 50,000 square feet to store supplies but it needed to be ‘dry and no birds’. So there you have it, sometimes luck and timing can play a part in success,” he added.

Beyond warehousing, the Stutz over time became a colony that artists and businesses began to call home. When Turner was asked how that happened his answer was simple.

“Because we were centrally located in the heart of downtown and had lots of empty space, we were approached by a group to host an AIDS benefit. At that time, little was known about the disease and many people were hesitant, but I said let’s do it! We hosted one of the most impressive and festive events I’d ever seen, and from that moment on we started to build out studios for the arts community. From there it just kept growing,” Woodard continued.

Anyone who has visited the Stutz over the past 25 years during the Raymond James Stutz Artist Open House has seen walls and doors on art studios, small businesses and other artisans, but it wasn’t always like that.

“Most people don’t realize that when I purchased the building, every floor was wide open, there weren’t any walls. Everything, all the space that gave so many small businesses their starts, was just a big open space. We didn’t have a master plan, which, is another reason we attracted entrepreneurs and creative business owners. I told them their space could be anything they wanted and they loved that idea,” explained Woodard.

When pressed about his vision in 1992 and why he thought he could make the Stutz succeed, he finally relayed a secret known to few.

“I didn’t want to be in warehousing or storage, but I had to pay the bills. Truth be known, the real reason I took a chance on the property was my love of history and my love of automobiles. It was that simple,” he revealed.

The building has a rich history. Anyone who has been in the building knows it is very unique and easy to get lost. The Stutz factory is composed of five four-story buildings, all connected by bridges.

In its heyday, new cars were put together and rolled on dollies, painted and inspected, then freight elevators carried the finished automobiles to the first floor for testing at the Indianapolis Motor Speedway and then shipped to customers.

Harry C. Stutz was one of the most talented auto engineers and designers during Indianapolis’ golden age of automobile manufacturing from 1900 to 1930. He designed a racing car for the first Indianapolis 500 mile race that so impressed observers with its speed and endurance that Stutz and business partner Henry Campbell organized the Stutz Motor Car Co. to build automobiles.

The slogan became “the car that made good in a day.” The Stutz Bearcat became so popular that the initial plant constructed in 1914 at 10th and Capitol had to be expanded twice, eventually covering the entire block between 10th and 11th streets.

In 1926, the company introduced the Safety Stutz car with a 92-horse power, vertical-eight cylinder engine. Sales of the new model broke all records at the New York and Chicago Auto Sales Shows. Each car sold for $3000, while Henry Ford’s Model T’s sold for just $300.

Unfortunately, the Great Depression shattered the upper-middle-class market for cars like the Stutz models. The last car was manufactured in 1934 and the company closed in 1937.

“We’ve had numerous inquiries about the factory over the years. One of the main reasons we partnered with SomeraRoad was their unique and comprehensive approach to the Stutz’s future revitalization. They appreciate the factory’s history, they want to embrace the local community, and they want to collaborate with all our tenants to work on the project,” adds Woodard.

SomeraRoad was founded in 2016 to take an entrepreneurial and creative approach to value-add and opportunistic real estate. The company has since evolved into a diversified, vertically-integrated platform with a reputation for solving complex problems, becoming local experts, and thoughtfully executing business plans.

SomeraRoad has worked extensively in up-and-coming markets—including Austin, Texas and Nashville—and projects Indianapolis to be on a similar trajectory. The company’s development team first entered the Indianapolis market with its purchase of an industrial property in 2017. It later purchased several former Marsh properties, including its Fishers headquarters, in 2019. SomeraRoad and its leaders look forward to establishing even stronger roots in the area during the coming years.

“Our company is aligned with Turner’s vision for the future of the property, and we have a team that shares his appreciation for the property’s history and cultural significance,” said SomeraRoad Founder and Principal Ian Ross. “We intend to take our time on the redevelopment of the Stutz, ensuring appropriate re-use and long-term success. Our plan is to work closely with existing tenants, Turner, the Stutz Artists Association, and surrounding businesses and organizations to create something truly unique and special in Indianapolis, including a museum dedicated to showcasing Turner’s automobile collection.”

“It is important to save these historic structures, but it’s equally important to modernize them for future generations as well. My family and I and the Stutz team are extraordinarily excited about these new visions of what the Stutz factory might look like in the next 10-20 years,” concluded Woodard.

All images courtesy of The Stutz.