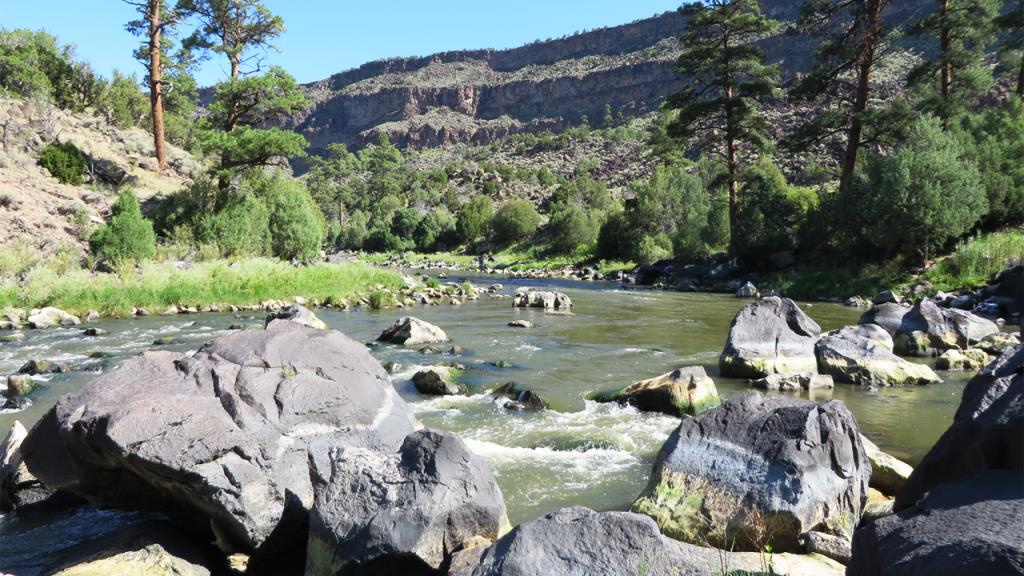 On February 1, 2022, three institutes that are working to restore forest health and build resilience by reducing catastrophic wildfires in the U.S. West are getting a $20 million financial boost from the Infrastructure Investment and Jobs Act passed by the U.S. Congress in November of 2021.

The funding will help expand a vegetation treatment database nationwide and measure the effectiveness of forest treatments.

The funding SWERI will receive is a part of the $5.4 billion allocated in the bill for wildfire mitigation and forest restoration, according to Alan Barton, director of NMFWRI.

Barton said SWERI is the result of congressional legislation passed in 2004 that charged the three institutes with promoting adaptive management practices.

Each institute engages in its own range of monitoring, restoration, and research projects, but Barton says the funding from Congress will enable the three institutes to work together more closely.

“There are five parts to the SWERI portion of the infrastructure act,” said Barton. “But the significant project in there is taking the New Mexico vegetation treatment database that was created and is managed by the Forest and Watershed Restoration Institute, and turning it into a national database.”

She said most treatments involve selective tree removal, but that the database is categorized by treatment types, which include physical, chemical, fire, and biological methods.

“Most of the treatments are for forest management for the prevention of catastrophic wildfire. A lot of that is thinning and prescribed fires,” said Withnall.

“We get data primarily from some of the bigger agencies—the Department of Agriculture and Department of Interior, the Forest Service, BLM, and New Mexico State Forestry, which is a big one that works on private land,” added Withnall. “We also get data from the tribes, Soil and Water Conservation Districts, some municipalities, and the State Land Office.”

Withnall said the database provides the information needed for fire modeling, which can help predict wildfire risk, and it helps land managers with cross-boundary planning.

“With a database like this, people can see what’s on the other side of the fence line when they’re planning their own treatments,” explained Withnall.

Barton said mapping treatments provides the infrastructure that facilitates the work on the ground. “Congress is committed to the database, and people in forestry see the value of this. It will be a really valuable tool once it’s up and running,” said Barton.

Barton said SWERI will receive the funding over five years.

He said creating a national vegetation treatment database and conducting research on treatment effectiveness—among other projects, will require SWERI to expand their staff, creating high quality jobs in New Mexico and the Southwest.