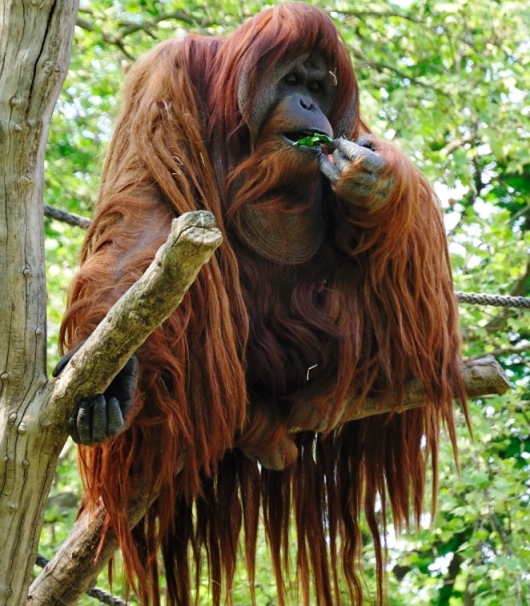 An orangutan is nestled in a bed of evergreen leaves up on a “ketapang” tree in the Northern Ulu Segama Forest Reserve in Sabah, Malaysia.

A few metres away, up on another tree, a recent orangutan nest is clearly visible.

Ten years ago, this scene would have been a rare occurrence. But now, thanks to an initiative to rehabilitate the heavily degraded forest, frequent sightings of orangutan have been reported.

The rehabilitation project in the Bukit Piton Forest Reserve, which has a total area of 11,612ha, is part of the Sabah state government’s Ulu Segama-Malua Sustainable Forest Management project established on March 15, 2006 covering a total area of 241,098 hectares.

In 2010, the Yayasan Sime Darby (YSD) corporation was roped in to facilitate and accelerate the achievement of the project’s target.

YSD committed RM25 million over 10 years to reforest about 5,400ha of the forest reserve areas, which will be completed by next year.