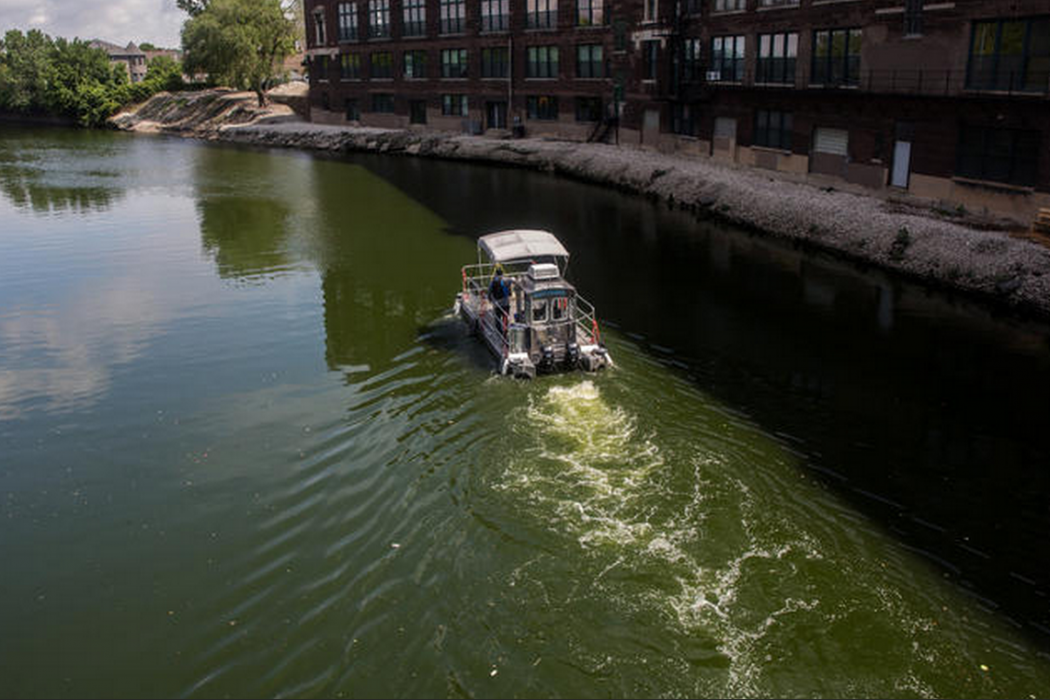 Plans for a $15.4 million restoration of notorious Bubbly Creek on Chicago‘s South Side have stalled while the Environmental Protection Agency determines the extent of water and sediment contamination in the area.

The U.S. Army Corps of Engineers had proposed restoring about 44 acres of water and surrounding land in part by covering the creek bottom with 6 inches of sand and 6 inches of rocks.

But, in remediating land next to Bubbly Creek and the South Branch of the Chicago River, the EPA has found contaminants in the sediment.

That discovery has prompted the Army Corps of Engineers to pull the plug on its ecosystem restoration in and around the creek.

Bubbly Creek, a 1.25-mile-long backwater of the South Branch that runs primarily through Bridgeport, has a dubious, historical distinction in Chicago. The bubbles of its name refer to gas escaping from animal carcasses and other material dumped in the creek over decades from the nearby Union Stock Yards, which opened in 1865 and closed in 1971.

The creek achieved literary infamy in Upton Sinclair’s muckraking novel, “The Jungle,” in which he describes the stream as an “open sewer” where bubbles of gas made rings up to 3 feet wide.

In addition, several plants along the South Branch and Bubbly Creek had manufactured gas for streetlights and other uses throughout Chicago. Those plants left behind volatile organic compounds, polycyclic aromatic hydrocarbons, metals and other inorganic material that contaminated the area the EPA is remediating.