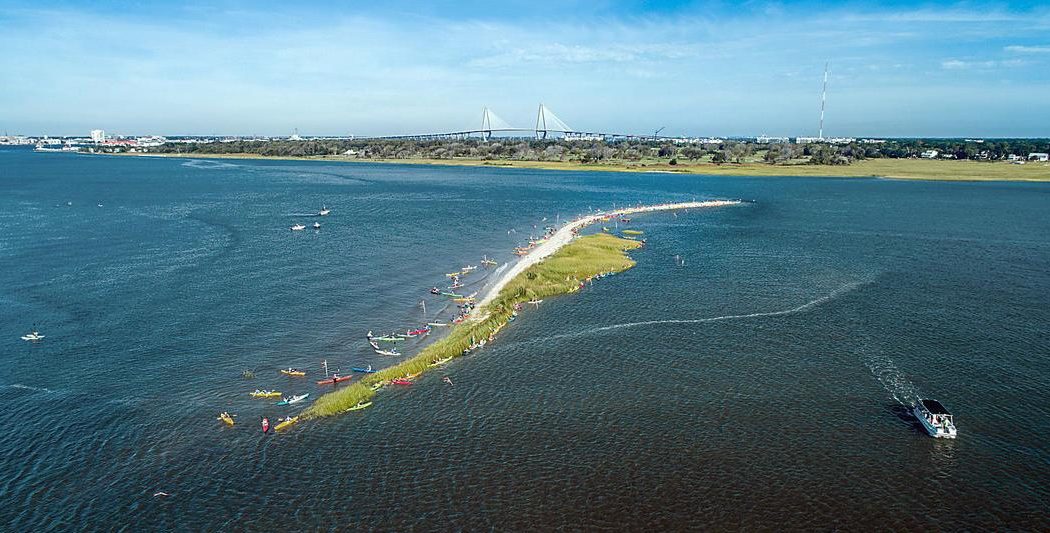 The initiative to ecologically restore the Crab Bank Seabird Sanctuary has taken a giant step forward with the U.S. Army Corps of Engineers’ recent approval of the $124 million Lower Harbor contract as part of the Charleston Harbor Post 45 Deepening project.

“The Coastal Expeditions Foundation is proud to be part of the task force that assembled and fought for the salvation of Crab Bank Island,” said Coastal Expeditions Chief Steward Chris Crolley. “The Crab Bank initiative and the creation of the S.C. Coastal Bird Conservation Program is some of the most important work we will do in our lifetimes.” 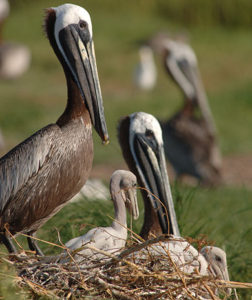 Awarded in August to Virginia-based Norfolk Dredging Company, the Lower Harbor dredging contract includes an option that will allow the placement of approximately 660,000 cubic yards of sediment within the historic footprint of Crab Bank; material that would otherwise be disposed of in an EPA-approved disposal area offshore, burning up large amounts of fuel during that transport. The local share of the final cost to place the dredge material on Crab Bank will be only $132,000; considerably less than the Corp’s original estimate.

“This is great news for everyone that stepped up to the plate to protect Crab Bank,” said SCDNR Interim Director Robert Boyles. “This means that we will be able to continue efforts with our partners to better understand, protect, and improve coastal bird habitat up and down the South Carolina coastline.”

The Corps expects to supply the remaining $245,000 needed for the project. When completed, the work will restore approximately 28 acres of prime nesting habitat above the high tide line for coastal birds.

“The beauty of the story of Crab Bank is, not only did it provide an opportunity for collaboration among interested conservation-minded folks to save the island, it also spearheaded the development of SCDNR’s Coastal Bird Conservation Program, an even bigger platform that we’ll have going forward to protect and perpetuate the conservation of all sorts of coastal birds— from shorebirds and seabirds to marshbirds and wading birds,” said SCDNR Office of Environmental Programs Director Lorianne Riggin.

“Going into this massive fundraising effort, no one knew that we would come out on the other side of it having met the dollar mark AND with the opportunity to do even more for coastal birds,” she added.

“The Crab Bank restoration effort is a perfect example of what agencies, nonprofits, businesses, local leaders, students, and citizens can accomplish for conservation when they work together,” said Laura Cantral, Executive Director of the Coastal Conservation League.

“This project touches much of what Lowcountry residents hold dear, including protecting wildlife and our unique coastal ecosystems, enhancing our hospitality industry, and strengthening communities and education. When the work is done, 5,000 or more birds will return every season to nest on the island, making Crab Bank once again a visible indicator of the healthy, vibrant coast we love,” she continued.

Major corporations such as Boeing SC, BP, the Post & Courier Foundation, the S.C. Ports Authority, and hundreds of individual citizens in the Charleston region contributed funds to support the restoration of Crab Bank and the S.C. Coastal Bird Conservation Program’s broader mission.

An effort led by students at Moultrie Middle School in Mt. Pleasant added $675 to the total funds raised, which to date is more than $700,000. In addition to the private funds raised, a $700,000 grant awarded to Audubon South Carolina by the National Fish and Wildlife Foundation’s Coastal Resiliency Grant Program took fundraising efforts across the finish line and ensured that Crab Bank will be restored. Any additional funds will go toward monitoring and stewardship of the island.

“Thanks to everyone’s efforts, brown pelicans, black skimmers, royal terns, and so many other species will once again have a safe place to rest during migration and nest during the summer in Charleston Harbor,” said Nolan Schillerstrom, Coastal Programs Coordinator for Audubon South Carolina. “Many of these birds suffer deeply from limited habitat, but with Crab Bank restored, we’re taking a big step in the right direction.”

Complex engineering projects like this one take years to plan and execute. It may be 2021 before full restoration of Crab Bank occurs, and many factors can influence the outlook for completion of the work. However, the important thing is that the process is moving forward, and long-term, this is a big win for South Carolina’s coastal birds.

“The collaboration and partnerships that were strengthened while the community secured funds for Crab Bank is invaluable and inspiring,” said Felicia Sanders, seabird and shorebird biologist for SCDNR. “This project not only built a nesting island for thousands of birds, but also resources and advocates to continue working on coastal bird conservation for many decades to come.”

Before the last blow from Hurricane Irma in 2017 that washed away the remaining available high ground for nesting, Crab Bank was not only a critical nesting and resting spot for coastal birds, but also a popular attraction for thousands of paddlers and birdwatchers, an integral part of a thriving local tourism economy centered around Shem Creek’s shops, restaurants and outfitters. Overall, coastal tourism contributes an estimated $9 billion per year to South Carolina’s economy — a cash infusion that depends in no small part on healthy, abundant wildlife populations.