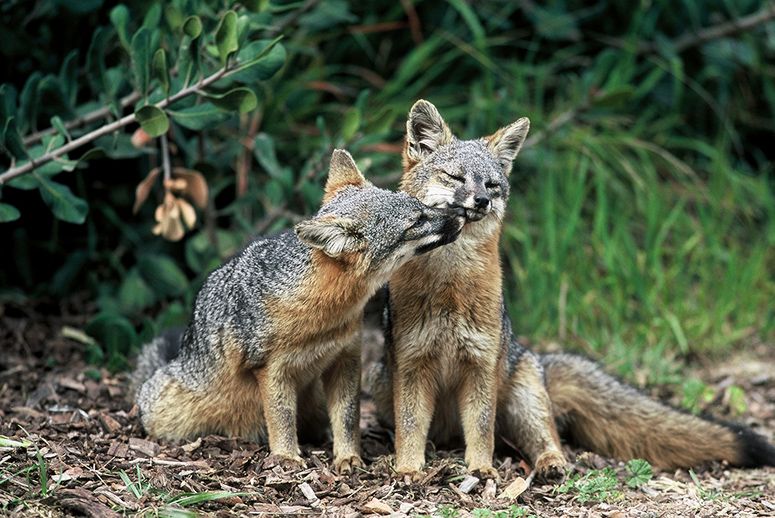 Marking the end of a remarkably successful recovery effort, the U.S. Fish and Wildlife Service on Friday proposed taking three subspecies of fox native to California’s Channel Islands off the endangered species list.

Removing the San Miguel, Santa Rosa, and Santa Cruz Island foxes from the list would be a historic ecological victory in the United States.

“The incredible efforts by land managers and conservation groups have turned this tragedy into an incredible success story,” said Robert McMorran, an island fox biologist with the U.S. Fish and Wildlife Service. “And now we’re seeing the fastest recovery by any mammal listed under the Endangered Species Act.”

They were classified as endangered in 2004 after suffering catastrophic declines primarily because of predation by Golden eagles [which moved in because Bald eagles, which are fish eaters, were wiped out by DDT).

The wildlife service is also proposing to move the designation of foxes on Santa Catalina Island from endangered to threatened. Populations of that fox — a subspecies found only on the 76-square-mile island about 22 miles off the mainland — crashed to roughly 100 in 1999 because of a canine distemper epidemic. The island is now home to about 1,800 of the animals.

Federal and local wildlife groups developed programs to save the species, including the nonlethal removal of golden eagles from the islands, vaccinating foxes against canine distemper, and establishing a captive breeding program for foxes to be released back into the wild.