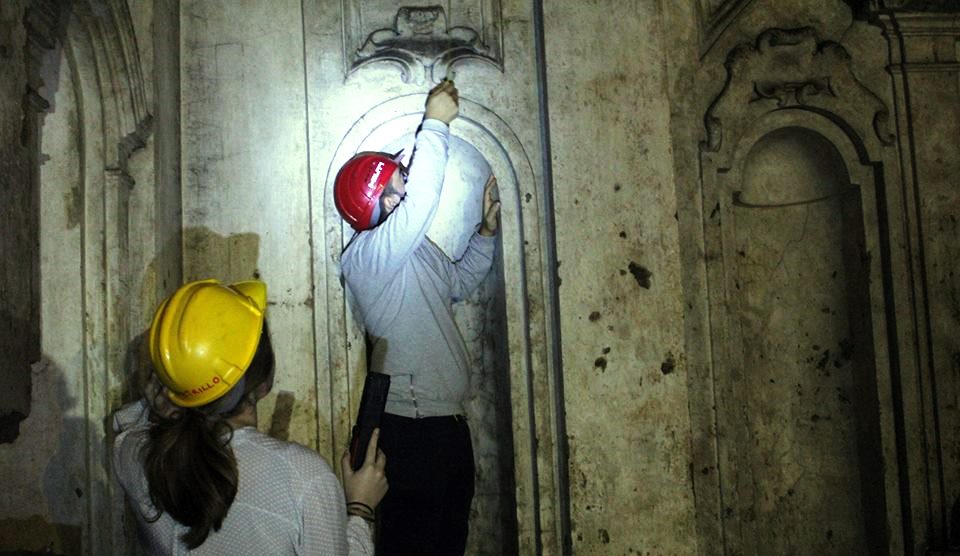 Naples, Italy has a history problem: there’s just too much of it. Greek cemeteries, Roman ruins, medieval castles, Renaissance churches… it’s more than one city can maintain, and some sites will inevitably crumble – unless passionate locals take matters into their own hands.

I met one of these restoration vigilantes on the metro. By day, Maria Corbi, an expert in art history, manages the art installations found in 11 subway stations that double as public galleries. 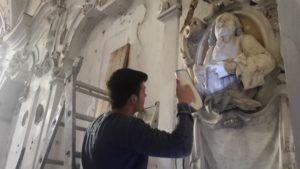 But by night (and evenings and weekends) she’s a founding member of the SMMAVE Association, which is currently restoring an abandoned church in the neglected district of Vergini Sanità. SMMAVE stands for Santa Maria della Misericordia ai Vergini, the 16th-Century church it was originally formed to restore.

She and her co-founders, artists Christian Leperino and Massimo Tartaglione, solved wiring and plumbing issues, shovelled rubbish and tackled mountains of paperwork alongside the actual restoration. Fortunately, the three friends weren’t completely on their own – they were supported by volunteers from the neighborhood, along with art and architecture students. 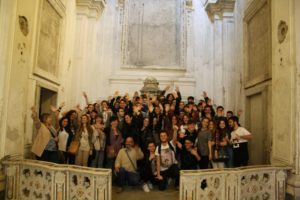 Together, they cleaned, researched, documented and repaired. After two years of work, the church reopened in 2016 as a centre for contemporary and performance art.

Santa Maria della Misericordia church is open to visitors for educational visits given by art historians as well as promotional events for the Borgo Vergini, in collaboration with other local associations, schools and universities.